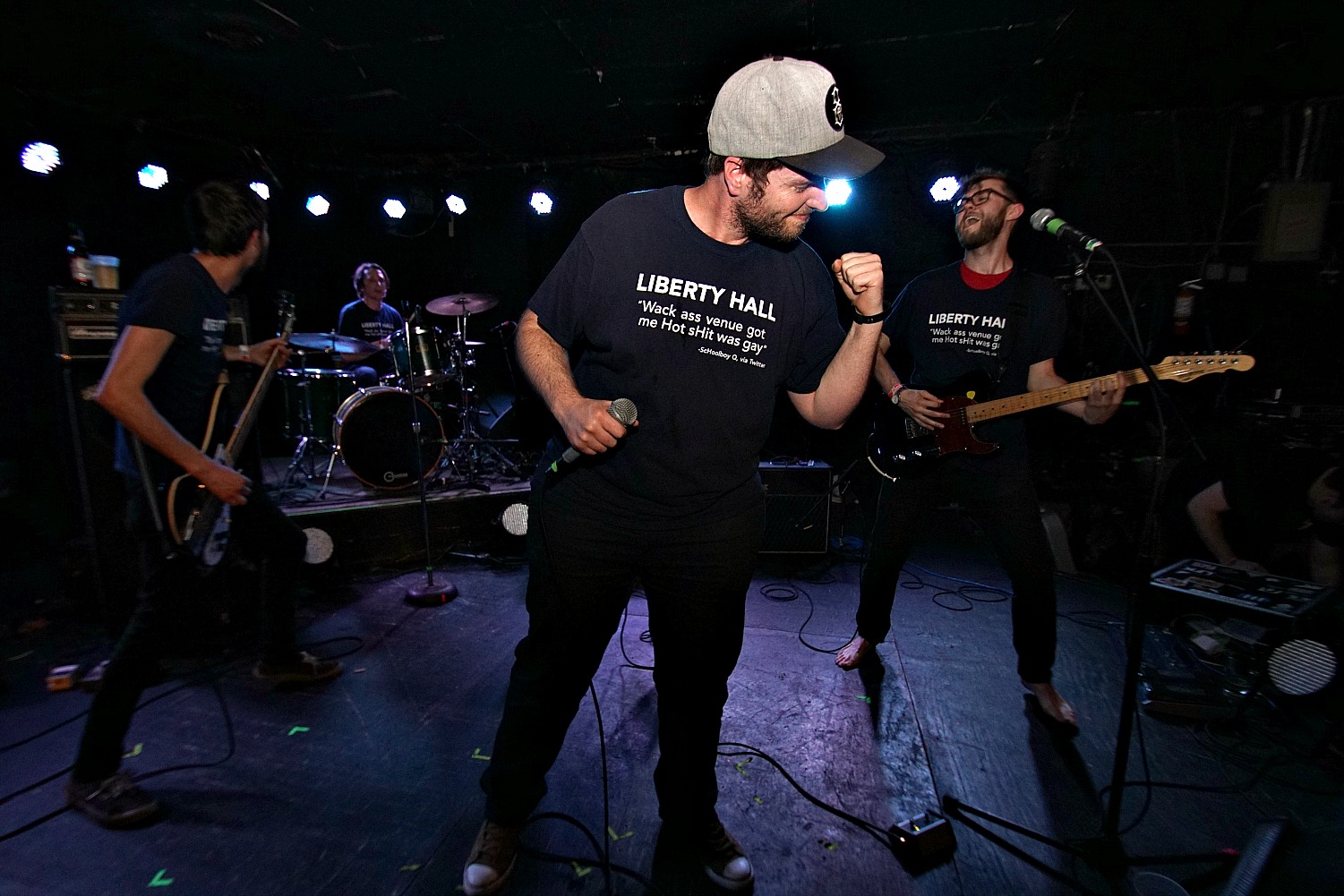 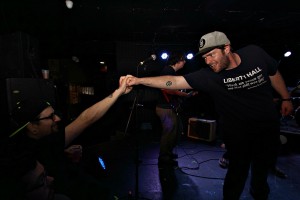 The Bottleneck quickly turned into a who’s who of the local music scene when an instrumental player threw himself an epic going away party. Onstage, you’ll recognize Rob Schulte as half of BaioWolf. Off the stage, however, he played a much bigger role in Lawrence’s live music landscape. During his ten years in Lawrence, he worked with local venues, promoters, and endless bands to throw unique events— this included dance nights and hip-hop showcases. 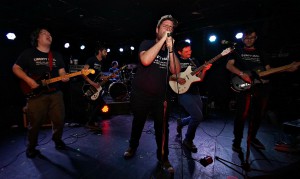 To send him off, every musician who works at Liberty Hall formed a cover band for one night called Liberty Hall Supernova. The group included members of Dean Monkey and the Dropouts, Fourth of July, Gnarly Davidson, and Spencer Mackenzie Brown. With Schulte planted firmly on the mic, it was guitar rock (there was SO much guitar!) at its finest, its rowdiest, and its growliest… and because the band was comprised of video store employees and movie buffs, the setlist included songs from major films.

The entire evening’s lineup included bands with close ties to Schulte, including Ebony Tusks and Young Bull. But it was the final act that got folks schmaltzy. BaioWolf, who had already once bid farewell to Lawrence, took their second final bow of the decade with songs about pizza and booty. If you can believe it, the nostalgic and screamy songs left folks a little sentimental.