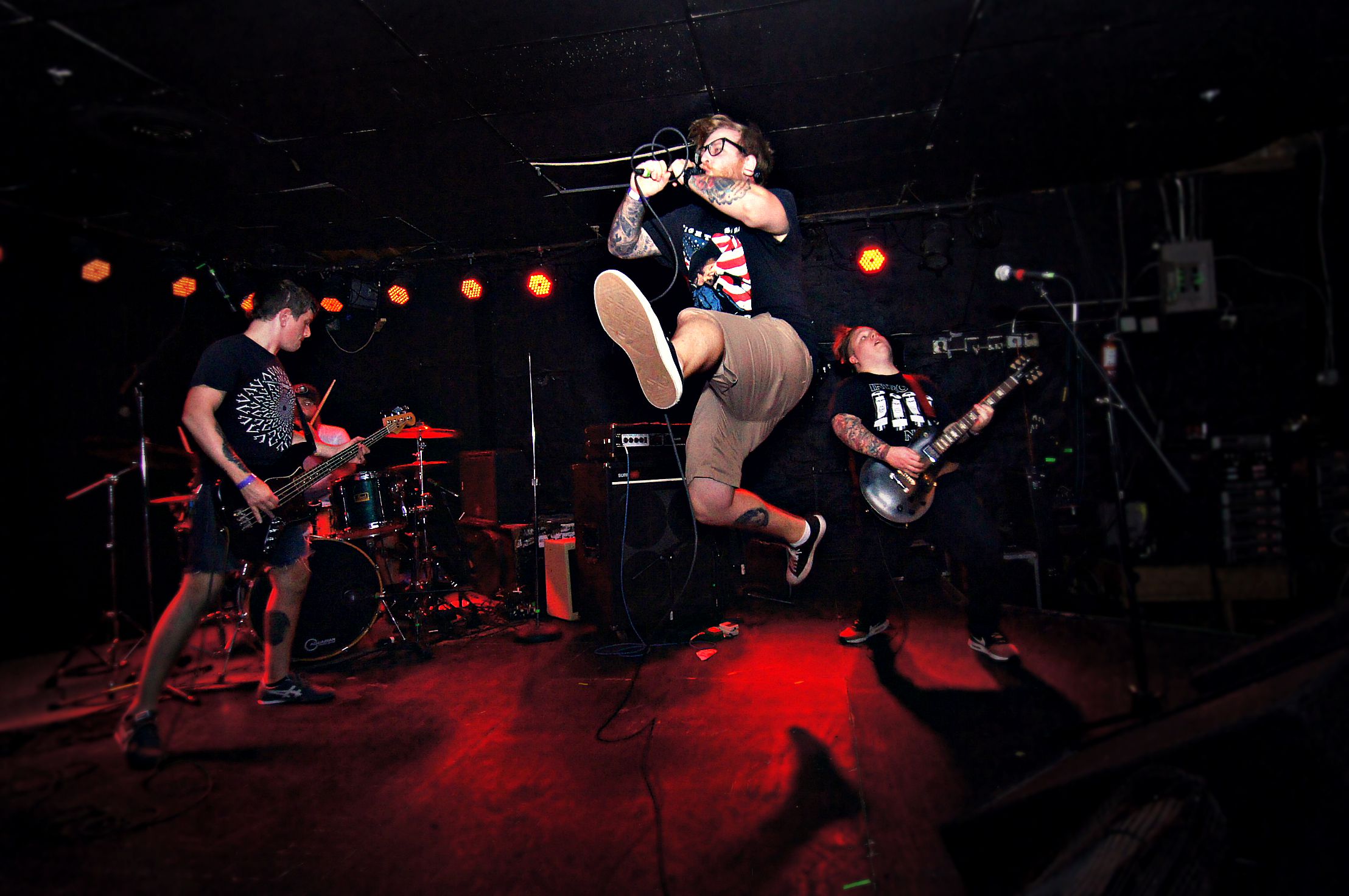 “And if you don’t like it, then you better leave,” sings Treet Ward on “Overbored,” the first track off Young Bull’s eight song demo. His throaty howl is a clear cut warning for those with weak knees and cold feet; these rock ’n’ roll brawlers are about to hit you with a sonic assault and if you can’t handle that, then there’s the door. But it’s also the attitude that comes from Young Bull. They’re gonna keep rocking and don’t give a fuck what you think.

And rocking is putting it lightly. The band stays true to a hard rock base, but they hit a range of genres through the demo. The band gets heavy on “Horned One” (drums slam and the vocals are brutal); the sick guitar solo on “Light Beam” has an early metal feel to it; the all-out punk attack on closer “G.A.C. (The Great American Challenge)” leaves you feeling like you just got beat up and you’re ready for round two. “Sweaty Kravitz” could be the pop hit with as catchy as it is and watch out for the trashing “13 Reasons” that hits you in the gut. When Ward calls out “BRUTE FORCE” on “Swordbearer” how can you not just get fucking amped? His voice reaches a gnarly falsetto on “The Donging” (a sentence that not even in dreams did I think I’d ever be able to write; thank you, Young Bull) and the lyrics give a drunken philosophy lesson on “Sweaty Kravitz” (“Can you remember the things that I told you?/Cause I can’t remember the things that I said/And I can’t remember the things that you told me/But I could never forgive”). Vicious. Young Bull, we’re all yours.