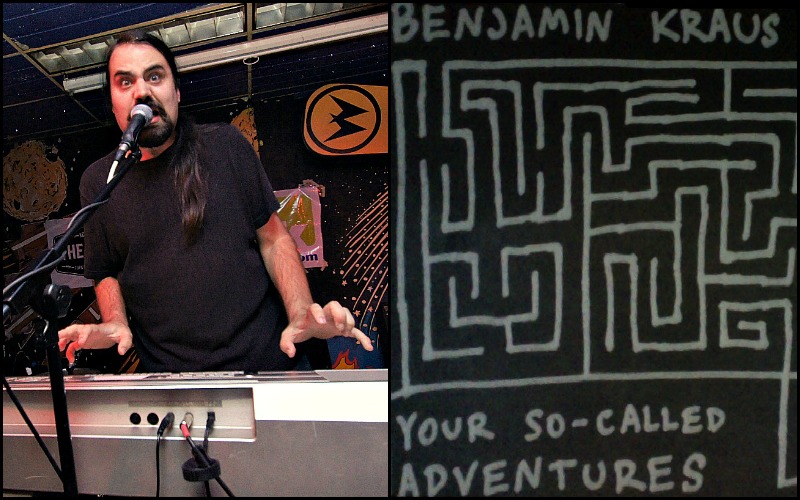 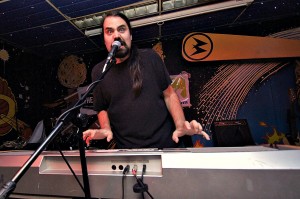 Crafting an album can be a bit like storytelling. It’s a tricky art to master, one that Benjamin Kraus has been meddling with in his own flamboyant way.

You’ll recognize him as the growling, piano-punching madman from Something and the Whatevers. On Your So-Called Adventures, Kraus gives us the hilarious inner monologue of a lone warrior accompanied by his fast fingers and cheeky sense of humor. Think of this album as a story told in first person by an Adventure Time character playing his own video game. Kraus has always been intoxicatingly comical (we can never take our eyes off of his intimidatingly gregarious stage presence) and pleasingly cartoonish, Your So-Called Aventures just solidifies it (“It’s Time To Slay The Dragon Now” is a perfect example of this). You’ve got tales of motivation, heroes, battles, defeat, and hope. You’ve even got a groan of exasperation at the beginning of “The World’s Biggest Coward.” It plays out like an excellent hero’s tale… a lonely hero (Kraus) accompanied only by his trusty sword (piano).

Your So-Called Adventures is all of us, aimlessly and grudgingly lumbering into the unknown that is 2016. If there’s one thing Kraus is good at (and this was highly evident in his work with Something and the Whatevers), it’s the ability to describe the inexplainable desire to keep trudging forward… knowing you’re going to blow it. The losers, the freaks, and the geeks will understand this. Sort of an “Eh, why not? Probably going to fuck it up anyway” attitude. The difference with Kraus is, he actually pulls it off just right.