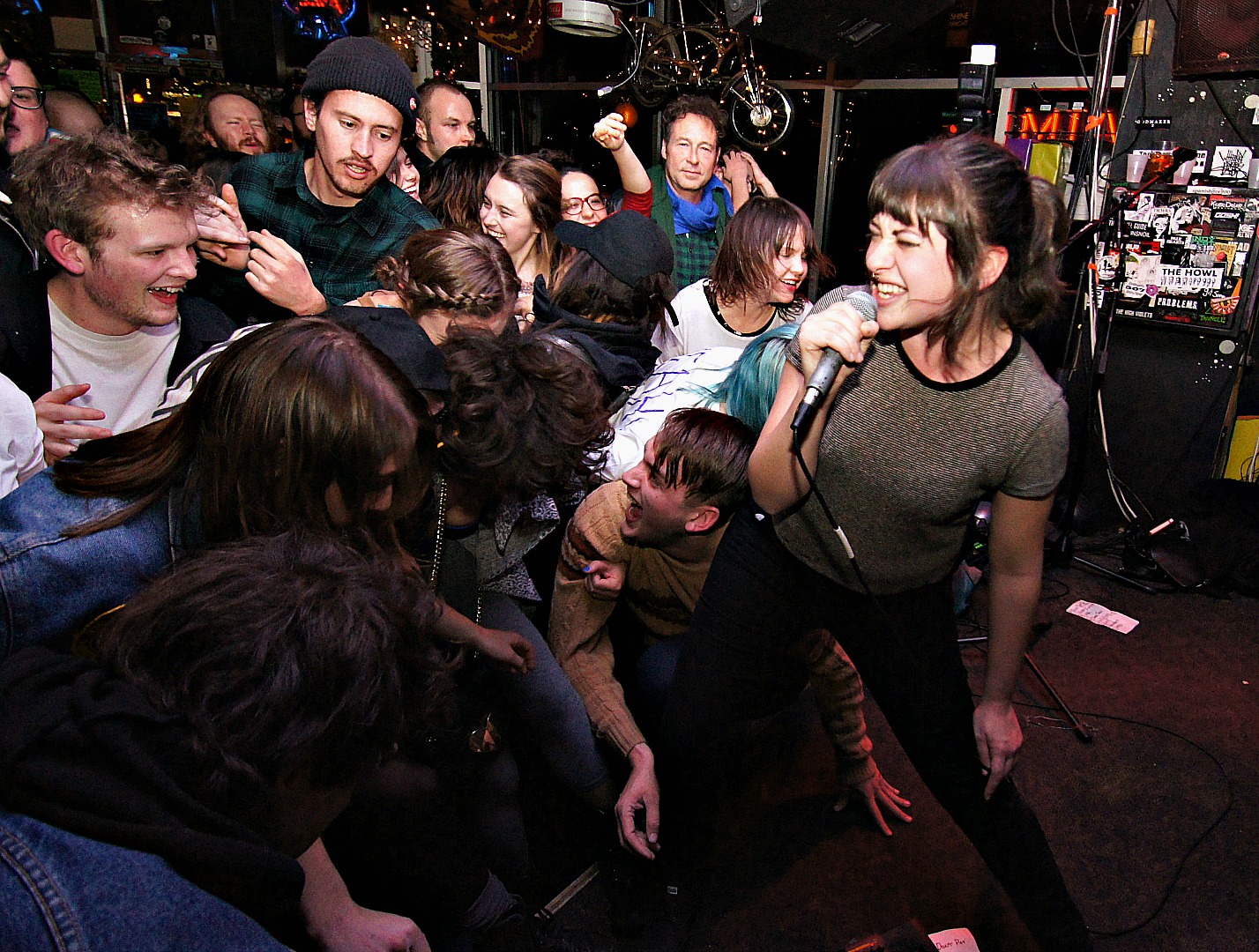 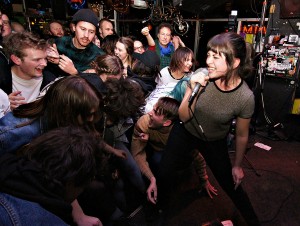 You know, The Sluts aren’t the only band in town with psychotically happy fans.

The Replay has been a pretty outrageous place lately. It’s always been a punk rock venue, but lately it’s been living up to its reputation big time with one thrash-worthy show after another. New Year’s Eve gave us one of the wildest crowds yet during Arc Flash’s set, but Saturday’s Wendy Moira show came in at a close second. 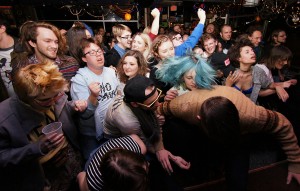 Wendy Moira got very popular very fast. They’re also the band that other local bands love. That’s why so many other local musicians were leading the charge in the front row, instigating a rallying cry to the crowd to throw down as hard as they could. They went at it full gallop until the very end, but here’s the thing about punk bands… they play very short songs, so their sets fly by. The result leaves fans feeling like their sexual partner prematurely ejaculated. But don’t worry, Wendy Moira got it up again with a Hole cover for their encore.

Here’s a taste of the femme fury Wendy Moira brought on Saturday: