Watch: The Conquerors rip it up at the Taproom 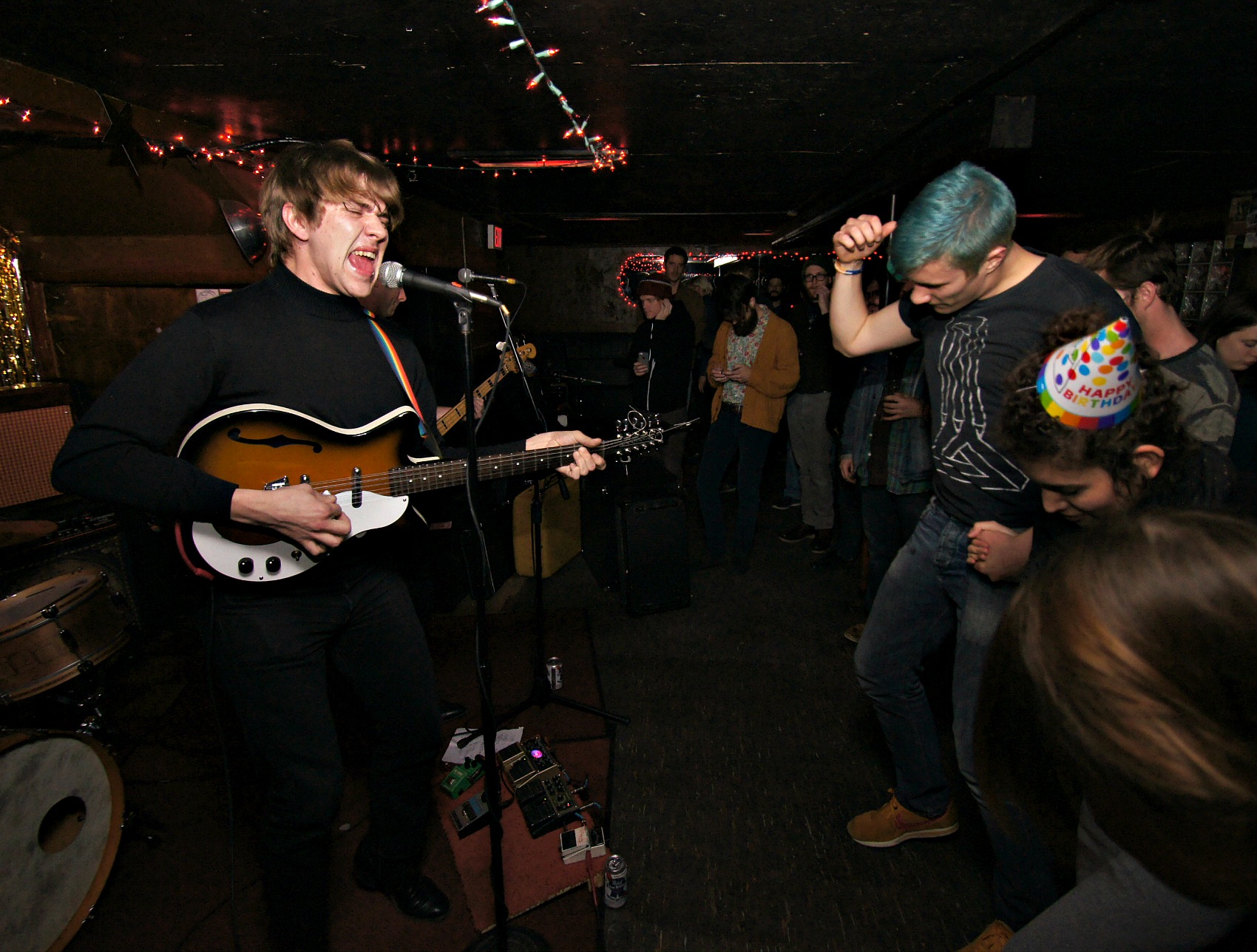 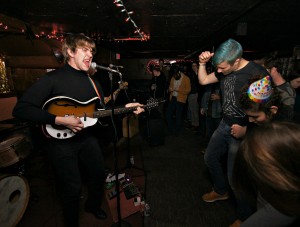 Do you miss the 60’s? Lucky for you, The Conquerors are delightfully (and very obviously) turning into The Beatles.

But in all seriousness, there’s something admirable in what they’re doing. The mop-topped rockers drew quite the crowd to the Taproom basement on Thursday night. Generally, that intimate space comes alive when DJs are scheduled. But revelers were lively and cutting a rug under the glowing red lights thanks to the vintage-inspired band. 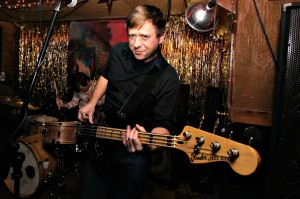 You can tell The Conquerors have been hard at work over the past few months coming up with and implementing new ideas to expand their sound. The pace is quicker, the beats are outside of the box, and the screams are more Paul McCartney-esque. This is a band exploding with ideas on colliding old sounds with a new style, and we get to reap the benefits.

You can expect a 7″ from them soon, as well as more performances (finally). Here are a couple of songs they whipped out on Thursday: 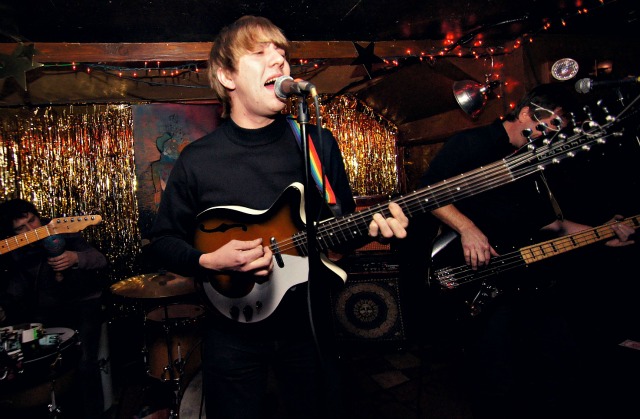 Next post Damsels of Death: MAW are the murder maidens of LFK