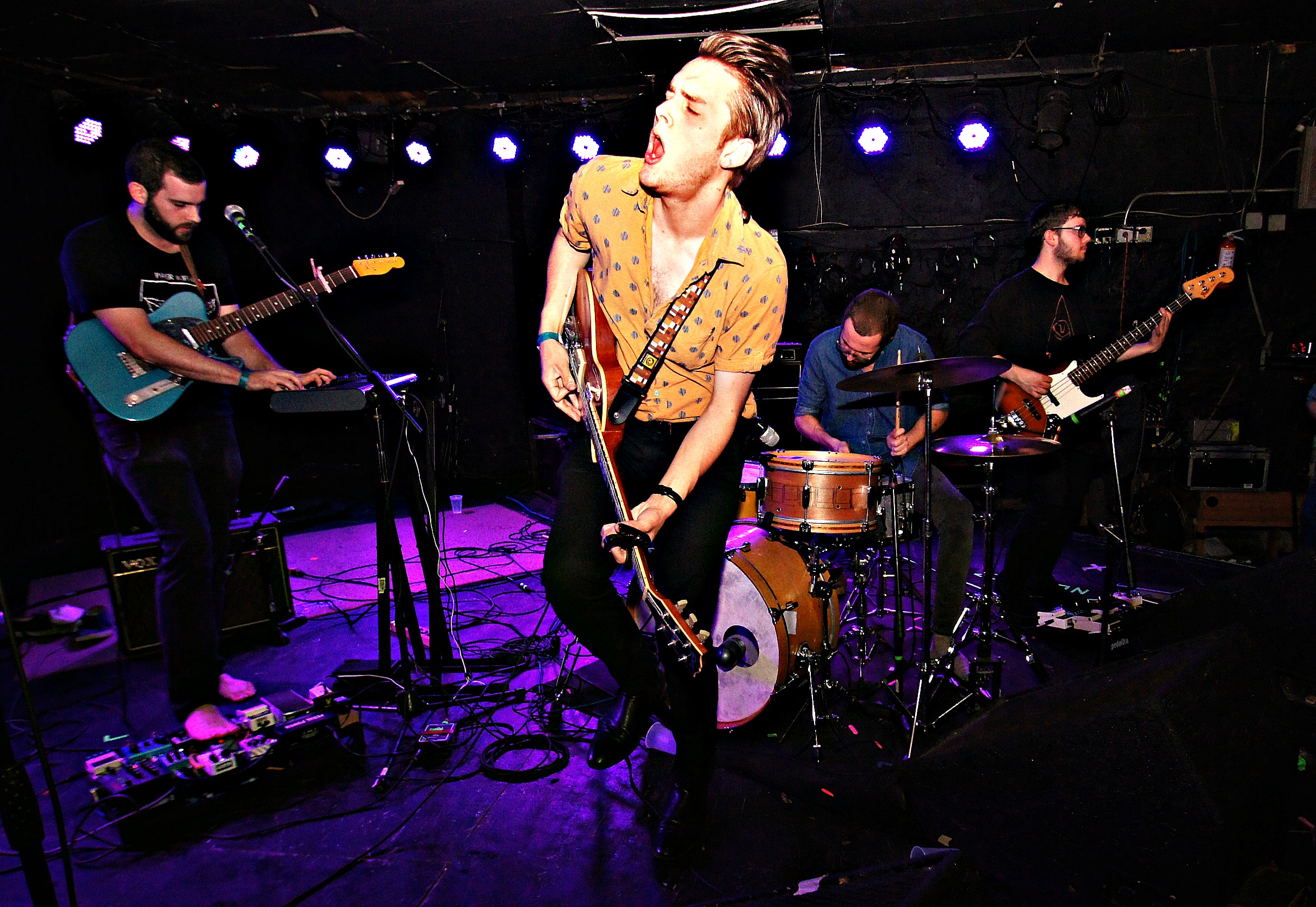 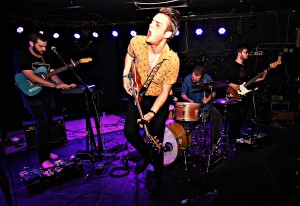 KJHK threw a rager at the Bottleneck for its 40th birthday on Friday, and that included introducing Real Adults to a good portion of the scene.

With just a handful of shows under their belts, the band comes loaded with experience thanks to its all star cast (including members of No Cave and Paper Buffalo, and Middle Twin). Real Adults likes to noodle around on the guitar, but in a way that’s palatable to a younger audience (think jam bands but without the boredom). The frontman, standing well over six feet tall, enjoys making wild eyes and expressive faces at the audience, which reminded us a great deal of Oils (students were fond of that band as well). He also sports a very unique voice that runs freely between genres and dabbles in various yelps and noises.

Like many of their peers, the musicians in Real Adults enjoy the world of psych rock without any pretense. They can get as experimental as they want to be, free of boundaries, and it only propels them further with the audience.

Here’s a sample of what they sounded like on Friday: