Mr. and the Mrs. to release music on Wiener Records

Mr. and the Mrs. to release music on Wiener Records 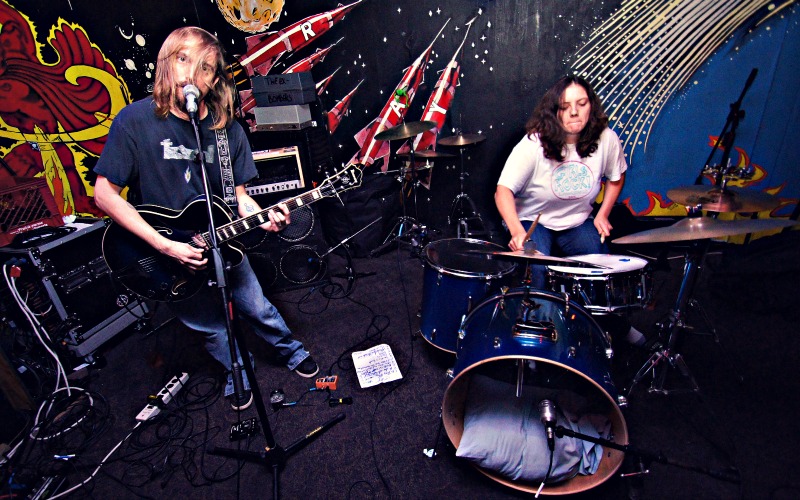 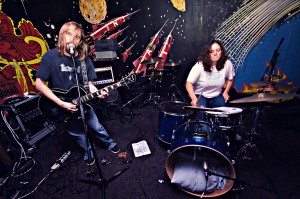 Mr. and the Mrs. are becoming one of the most intriguing rock bands in the area.

In a formula as old as time, the two-piece garage rock act has been mastering the art of cool by giving zero fucks for what anybody seems to think. The duo get as sludgy as they want with very little disregard for the audience’s reaction, as was the case at their Replay show on Thursday night. This, in turn, makes them completely desirable to scenesters. They’re raw, they’re edgy, and they’re completely underrated. 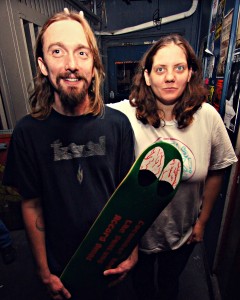 Mr. and the Mrs. have been pairing their abrasive snare sounds with a dirty, dirty guitar for a little while now, but they’re picking up some steam. They just recently worked a deal with Wiener Records (a subsidiary of the famed Burger Records) and will be releasing a tape through them soon. They might sound a little wild and untamed, but Mr. and the Mrs. have some interesting and unconventional business approaches to their music as well. For example, whenever they release a tape, they pair it with ten hand-painted skateboards. So if you see a Mr. and the Mrs. tape at your local record store (both here and in Kansas City), there’s a chance you’ll also see some gnarly-looking skateboards (painted on one side, wood-burned on the other) alongside them.

Little traits like that have been getting their name recognized more and more. Their songs are short bursts of gratuitous apathy, which is like catnip for hipsters and garage rockers. Mr. and Mrs. are taking the age-old brand of punk and are reshaping it into something of their own, and that’s an accomplishment worthy of anyone’s attention.

Here’s one of the songs they’ll be releasing soon, performed at the Replay on Thursday:

Watch: The Brody Buster Band at the Replay