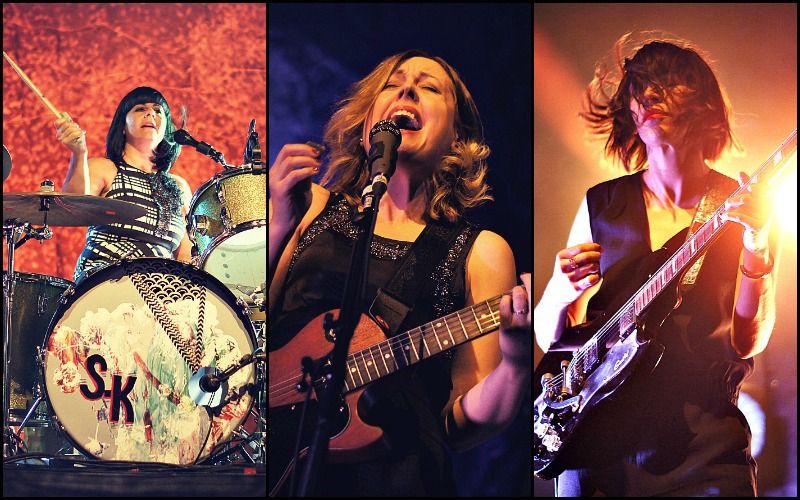 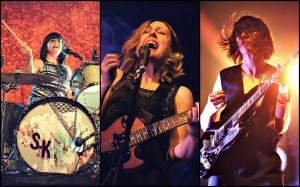 Middle of the Map Fest left a lot of the scene a little weary after an intense week of live music in Kansas City, but the mighty Sleater-Kinney came to the rescue on Sunday night with an energy that restored the pluck in every music lover there.

The potent rockers packed a punch with their high-powered set at the Uptown. The vocals roared over vigorous and robust guitar riffs while the drums rolled like thunder. The storm brewed onstage as the band struck power stances, power leaps, power scoots, and power shuffles.

The skill these musicians brought warranted head banging from an audience that was happy to thrust their fists into the air. Maybe it was the vibrantly blaring lights, maybe it was the impressive guitar showmanship and windmills, maybe it was all that red lipstick… but Sleater-Kinney’s performance assured us that this is one of the greatest bands in rock and roll. Sleater-Kinney isn’t a band that’s out there demanding recognition and respect. They already have it, and they’ve graciously invited you to enjoy everything they have to offer…. if you can keep up.

Watch: Something and the Whatevers cover La Guerre