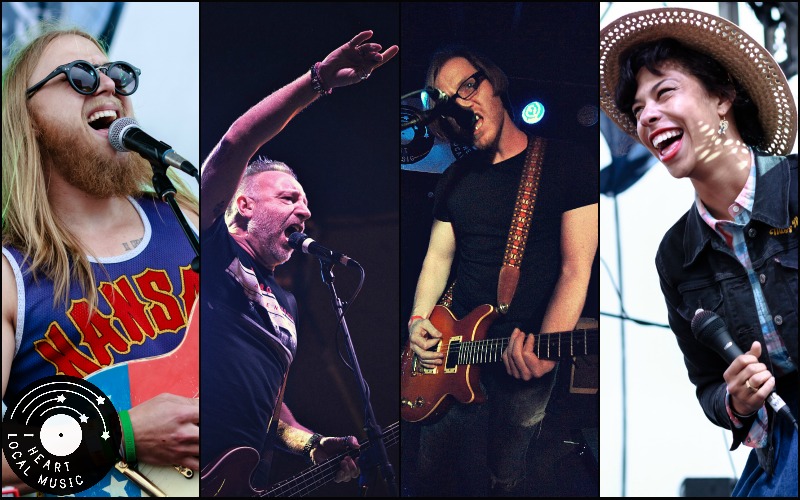 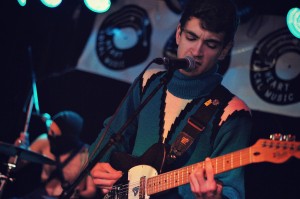 Saturday was the busiest, liveliest day of Middle of the Map Fest. Even some spats of weather didn’t do much to keep the four-day music festival from rolling along.

Saturday began with the I Heart Local Music showcase, featuring a host of Lawrence and regional bands. Arc Flash got wild right from the start and rustled up the crowd before Spencer Mackenzie Brown brought his dynamic indie folk pop (that’s a lot of genres to cover) to the stage. Bruiser Queen’s high-energy rock melted minds with all that guitar shredding, and Something and the Whatevers shared the stage with a giant, human-controlling robot. The Sluts rounded out I Heart Local Music’s showcase with a growing fan base. The duo have some big shows in that region on the horizon, and Kansas City is about to see a lot more of them. 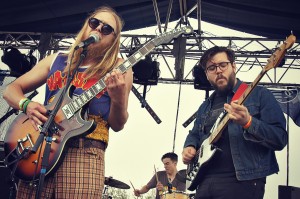 Saturday also saw the outdoor stage finally put to use. After locals Spirit is the Spirit and Westerners graced the large stage, the temperature quickly dropped and the rain started to fall. But it wasn’t a legitimate rain, just a mist that hung in front of the stage lights like hazy, colorful clouds. William Elliott Whitmore’s busking style lit a fire under everyone’s butt before Murder By Death brought sweet sweeping indie sounds to the venue. 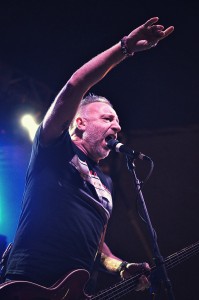 Peter Hook & The Light thrilled Joy Division fans by belting out songs from “Unknown Pleasures” and “Closer” in perfect precision. It was cold. It was wet. It was miserable. In a sense, it was the best kind of weather for music you want to sulk to. The fans were all smiles and happy little bounces as they danced and swayed to the music. They even happily sang along, mirroring Hook’s occasional power points into the crowd, during “Love Will Tear Us Apart.” That was perhaps the most gleeful rendition of that song one can get. You can see the setlist from that performance here. 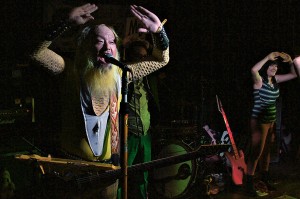 Peelander-Z is such a familiar sight at Middle of the Map Fest, we’re used to hearing their neon yellow-clad frontman’s accent scream “Middle of the Map!” The high-energy power punk band is full of tricks, and every time they return they bring a couple of new antics and audience participation with them. With the last set time of the entire week, fans loyally showed up to send off yet another year of live music in style.