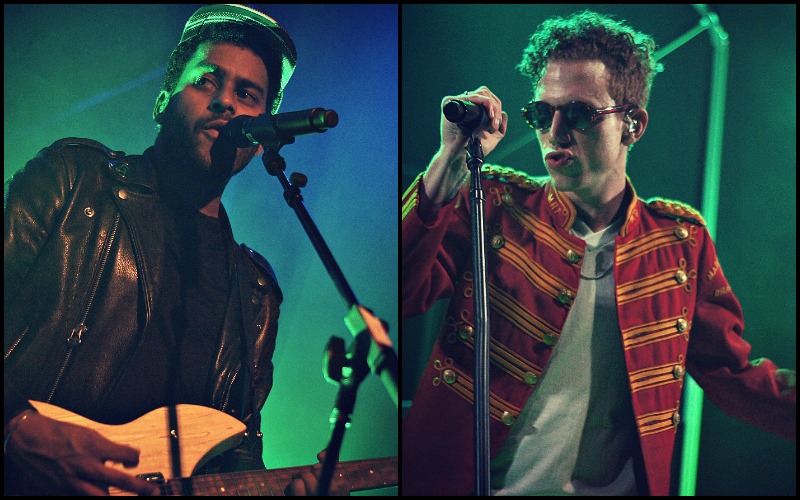 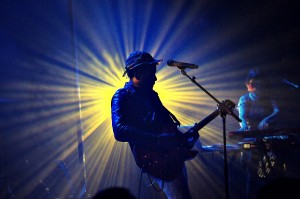 The Granada played host to a color explosion on Thursday night when Twin Shadow rolled through Lawrence.

The evening began with a set from Sweden’s Erik Hassle, who crooned over funky beats while his tall frame swayed across the stage.

Twin Shadow brought along a special light show for this tour, which sent fat lasers (similar to the ones in the backgrounds of school pictures in the 80’s) shooting out into the audience.

The crowd was cozy, but that meant more connections between audience and performer. George Lewis, Jr., looked folks in the eye, sometimes giving them a thumbs up to the shirt they were wearing, and smiled for the camera. Between songs, he almost always conversed (this was particularly amusing when he polled the audience to see what drugs they were on). It’s safe to say he got a little intimate with these fans, and rewarded them with smooth vocals over thick synths while they danced to their heart’s content.

Review: Pink Royal - “Give Me Something Real/I Know, You Know”