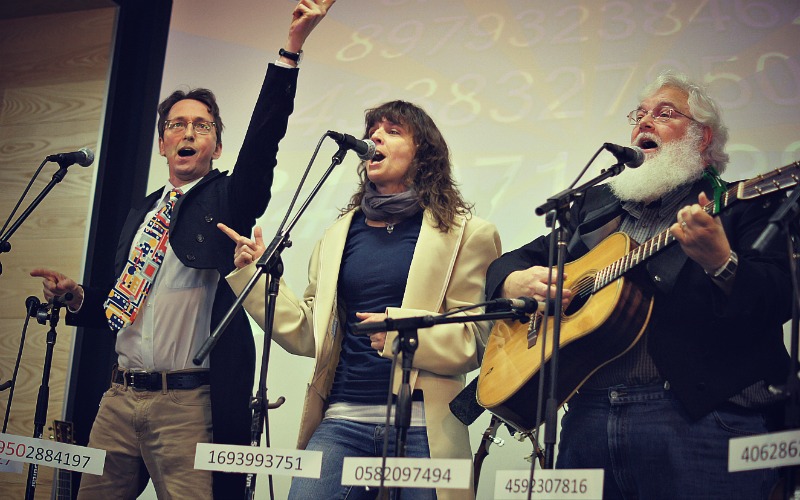 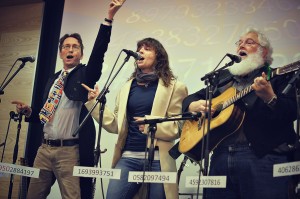 There’s nothing better than a wacky Lawrence tradition, and what better way to celebrate all things weird than a made up holiday.

Our ambassadors of abnormal for this event were none other than the Alferd Packer Memorial String Band, who have an album dedicated to the irrational number and delicious baked treat. They came loaded with an hour’s worth of entertainment, science-related tunes, musical guests, and pie puns. “This is the time in March when we all get together and celebrate Saint Patrick driving the pies out of Ireland!” they announced at the beginning of the set. 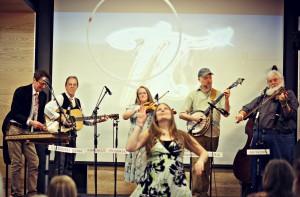 The popular comedic folk band kept the mood mostly light-hearted, although they did get a few political jabs in since they’re men and women of science. The packed audience cheered wildly when the musicians criticized the school board for their anti-science stance, and sang along sweetly when they played “You Are My Sunshine.” 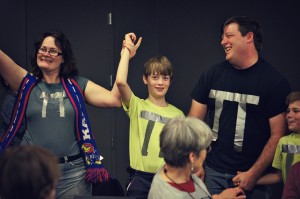 At the moment of pie, 3:14 p.m., they called up a local hula hooper so that a circle was represented at the proper moment. The band also gave nods to a family that showed up in their own homemade Pi shirts. “It’s an entire irrational family!” they exclaimed.

Below are a few clips from their set, including one about how much they enjoy Pi and pie.

Photo Gallery: Me Like Bees / The Noise / Archie Powell and the Exports