Off the beaten path: unconventional venues for local musicians

Off the beaten path: unconventional venues for local musicians 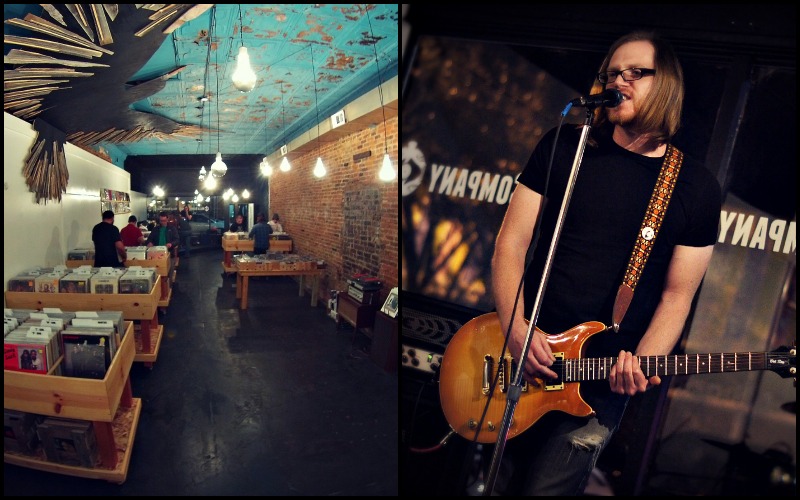 In a community this music-rich, it shouldn’t come as a surprise that live performances can be found around every corner. Over the past few days, we visited a few unconventional venues available for local musicians. 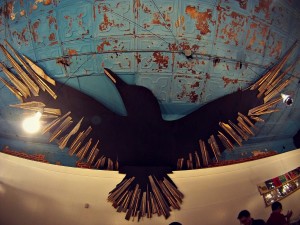 We’ve all been to a few in-store performances at Love Garden, and now Mills Record Company in Kansas City is also stepping up its game. The store just recently purchased the space next door and expended their businesses, but the owners kept live music in mind. They built a stage specifically for in-store performances (primarily for local bands), and on Saturday they debuted the new stage with a show from The Sluts, The Fog, and Bummer. 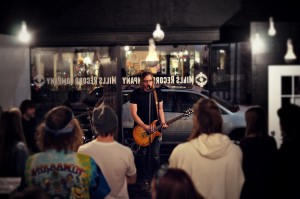 Kansas City patrons crowded into the open and well-lit new space and felt right at home rocking out with some of their favorite bands. We’ve been told that even more modifications are coming to enhance the sound. One of the more charming aspects of this new space concerns where the bands play. The stage is nestled in the corner adjoining the large windows at the front of the store, which means anyone passing by can catch a glimpse of the bands and the crowd. Basically, you get the show from just about every angle, and you won’t be able to help but feel the need to get cozy with the audience and even make a few new friends. 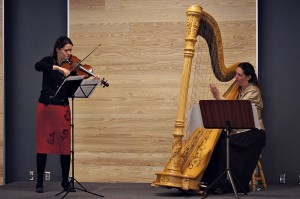 While most of Lawrence spent their Saturday afternoon indulging in the Color Run downtown, the Lawrence Public Library invited music lovers young and old to enjoy a new event. Students from KU’s School of Music performed classical pieces on a wide range of instruments including violin, cello, viola and even the harp. They opened the auditorium for the event, and it filled up in no time at all.

This was the inaugural performance in what organizers hope will become a regular event every month. The soothing sound of strings on a sunny Saturday afternoon were enough to lure in dozens of curious passersby, and many stayed until the end of the performances. Events like this are a lovely addition to an institution that is already incredibly supportive of local musicians in Lawrence. 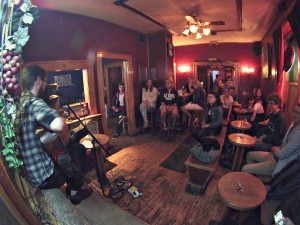 Monday brought the weekly Papa Keno’s patio jams to a close, as ringleader Tyler Gregory gets ready to depart for months of touring. But another local music event is already here to fill the void.

Henry’s (upstairs) held their very first edition of “Local Music Mondays,” an acoustic showcase featuring local musicians. The bar-turned-venue hopes to make this a weekly event that will draw out anyone looking to kick back and relax after a rough Monday. This introductory performance brought Spencer Brown and Ryan Wise (of The Sluts) in for a calm yet thrilling evening of acoustic numbers. The audience was quite receptive to the event and seemed to appreciate a fun and low-key event to kickstart their week.