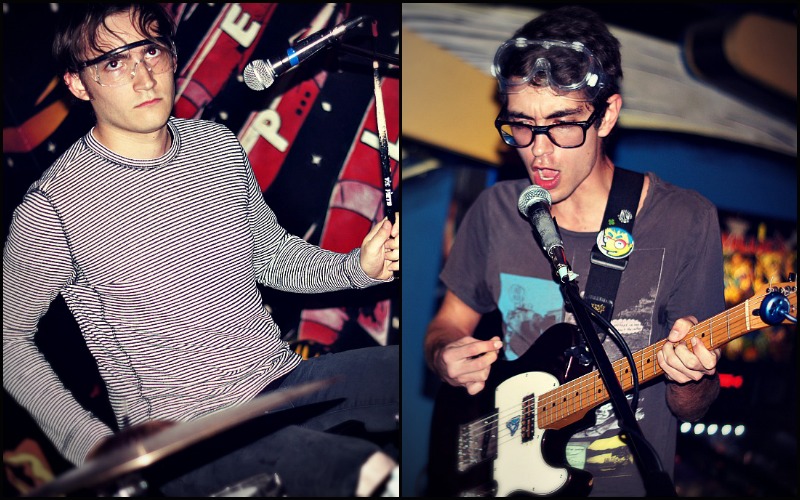 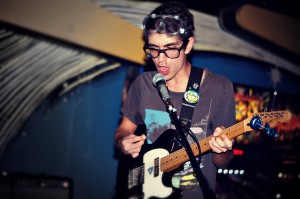 To call Arc Flash moody might be an understatement.

The garage rock duo is great at delivering frenzied and impulsive sets. With vocals heavy on the reverb and a guitar that vibrates so hard it bounces off the walls of the venue, they’re completely reminiscent of Thee Oh Sees.

But they’re just so damn ill-tempered. And that’s exactly why you should love them.

Arc Flash got very good this year in a very short amount of time. On Saturday they played one of their tightest sets yet at the Replay. But that kind of achievement takes work, which means the duo (comprised of a gloomy guitarist and pensive percussionist) have really been seeing a lot of each other. The result is a performance that’s saturated in sulk, full of fickle, and masked in moping. The best part is, you don’t know if they’re kidding around or not. 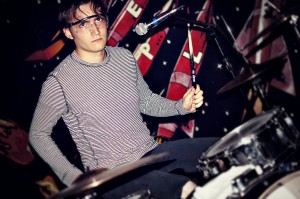 The drummer seems to be the ringleader of this homemade brood. In between fantastically irresistible songs that get the entire crowd moving, you’re treated to what feels like a series of roommate spats in song form. “This song’s about something, I don’t know what the fuck it’s about,” the ever-erratic guitarist will announce. This is immediately followed up by the drummer yelling “It’s about doing your god damn dishes!”

Abusive relationships are by no means entertaining, unless you’re watching an Arc Flash set. When the guitarist is really having a good moment, he jumps into the crowd and parties with the audience. But his other musical half is quick to frown in approval and yell into the mic “Get back onstage, asshole!” The two are hot on each other one moment (and making some beautiful music together), then they’re cold and temperamental the next. It’s like watching a band full of John Benders. If you catch them on a good night, you’ll get to see them get into a spitting war with their fans (ewwwww).

In short, watching Arc Flash is a little like picking your nose. It’s dirty, you really shouldn’t be doing it, but for some reason it feels real good. Here’s a clip of the insatiably cranky (and strangely addictive) group known as Arc Flash:

Watch: Harry and the Potters delight fans on a rooftop