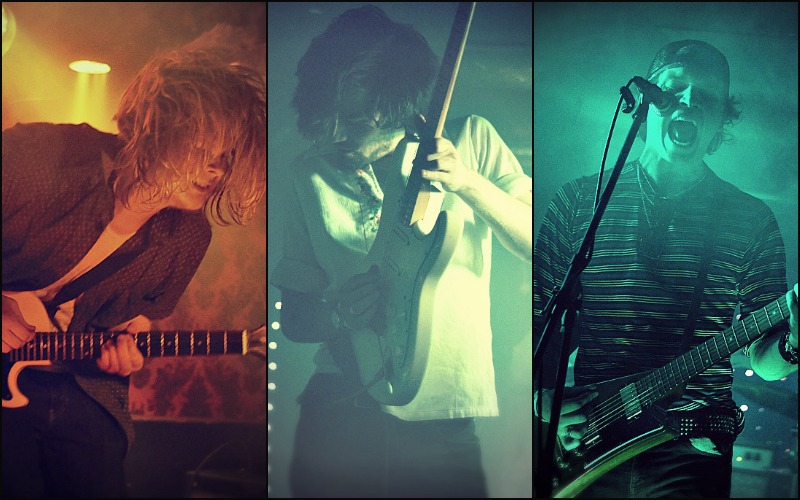 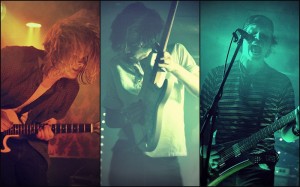 It looked like something straight out of a horror film.

I Heart Local Music brought three area bands to the Jackpot stage on Friday evening, and with it came a colorful commotion involving a saturated light show courtesy Incandescent Productions. The mad scientist behind the light show bathed the bands in every hue possible, and eventually dissolved the entire venue (right down to the last concert-goer) in heavy fog.

This made for quite the eerie setting onstage. Scruffy and the Janitors didn’t need all those fancy light tricks, however. The Missouri-based band impressed their home-away-from-home crowd with a high-powered and aggressive set filled with feisty riffs and screams.

The Josh Berwanger Band were also keen on shredding, and powered through a dynamic set with a fairly polished crew of musicians. The experience these members bring to the stage is priceless and pays off in spades.

The Kansas City native has gained a reputation for vicious guitar solos, and Friday’s performance was no different. The squeals and distortion ripped through the fog and shuttled directly into your ears without so much as a stumble. With hardly a split second spent between songs, the entire set felt like a ball of fire that you just couldn’t put out.

Psychic Heat damn near disappeared onstage, thanks to an over-the-top fog effect. What was left before the audience was merely a set of saturated silhouettes submerging the crowd in psychedelic sounds (and scenes).

The band tends to take enormous breaks without shows over the summer, and this was one of their best comebacks yet. Psychic Heat has also been diligently working on a new album, and you can hear the excitement and vigor for that project within their performance.

Watch: The Fog at the Replay