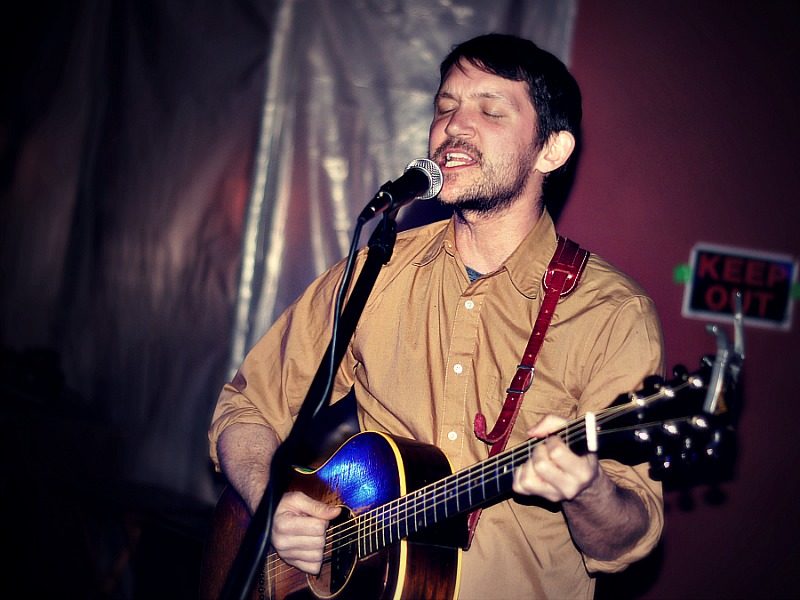 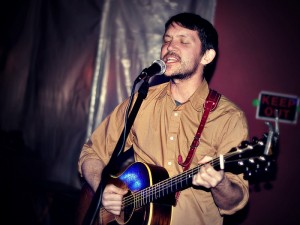 On Saturday night, only a handful of locals were treated to a memorable performance by non other than Tim Kasher. The Cursive frontman is currently on a living room tour, and over the weekend found himself in a loft-turned-DIY venue in Kansas City’s West Bottoms.

After fumbling up a few flights of stairs, the audience found themselves in a gorgeous, open space saturated with mood lighting and decorated with spooky ornaments here and there. Kasher then appeared armed with nothing more than an acoustic guitar and a single musician to chime in on various instruments (drums, trumpet, keys).

Kasher insisted that these would be quieter songs (as evidenced by the video below), but his voice was still wrought with emotion loud enough to shatter your heart. The set was lengthy, featuring mostly his solo work (a voyage he’s been on since 2010), and occasionally peppered with songs from Cursive and The Good Life. The audience, mostly comprised of cuddling couples, was giddy over the intimate setting with the eloquently emotional musician. Afterwards, they were rewarded with the opportunity to mingle and rub elbows with Kasher.

Here’s a clip from his set:

Next post Mouthbreathers pick up right where they left off