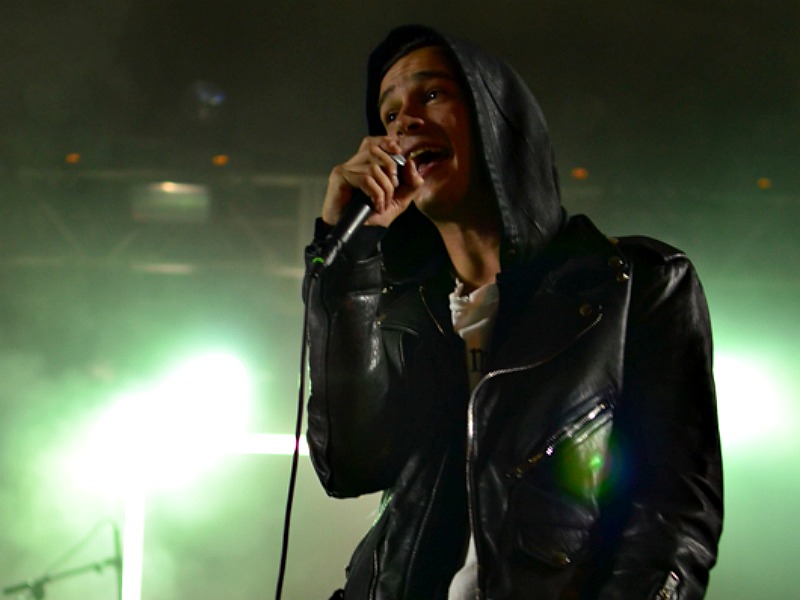 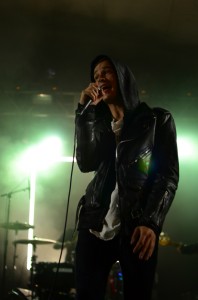 There are so many musicians at SXSW, it would be easy to attend each year without ever seeing the same groups or solos. In this case it was an impressive experience to see the same group two years in a row; The 1975.

Last year, Matthew Healy (vocals, guitar),Ross MacDonald (bass), George Daniel (drums), and Adam Hann (guitar), were invited to play ASCAP’s showcase. I wandered into their showcase, unsure of what to see that night. When Healy wandered onto the stage, thin, long hair, smoking a cigarette, I felt like I was in the right place. They killed it that night, appearing to be punk rockers but playing music that was more infectious brit-pop.

Fast forward a year and they headlined at Stubbs, a venue known to SXSWers as the spot where the darlings play. After a self-titled gold album, endless radio play and a silver single, Chocolate, they had earned the spot. The crowd eagerly awaited The 1975’s set, and they were not disappointed.

After having an amazing year, their show was just as tight, just as fun. People couldn’t help themselves and had to dance, but this year lyrics were screamed back at the boys.