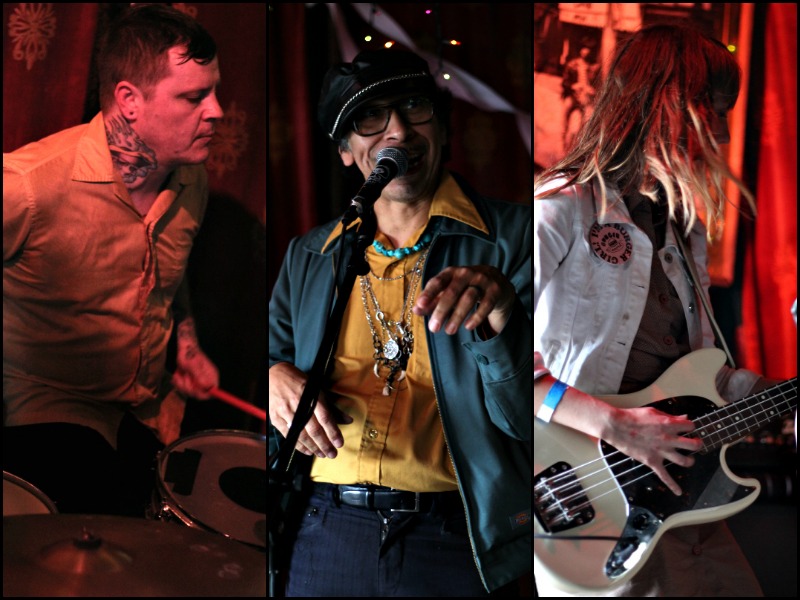 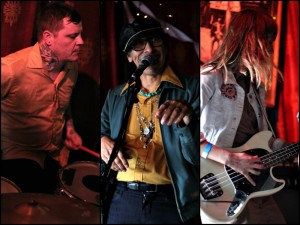 Editor’s Note: Lawrence’s own Ronald Miller (of Up The Academy) was instrumental in helping out with this event)

To kick off my final day at SXSW I made the trek into East Austin to the Longbranch Inn for Kid Congo’s 55th birthday party. I had a feeling the show was going to be a good one and it was even better than I expected. Other than Kid Congo and the Pink Monkey Birds, I had not listened to any of the other bands on the lineup for the day.

It started off with The Coathangers, whose set left me in awe. I love watching a band that looks like they’re having a blast. At one point they said, “this is actually the best showcase we’ve played this week.”

Endless Bummer stepped it up with their hilarious banter and growly garage-punk. Burger Records boppers Habibi brought a great blend of 60’s influences to the event, pulling their sound anywhere from the Ronettes to 60’s garage and psychedelia.

By the time Kid Congo took the stage it was pretty difficult to move anywhere near the stage. I’m glad I was there, as it was a pretty perfect send off to wrap up an awesome week of amazing shows and parties.