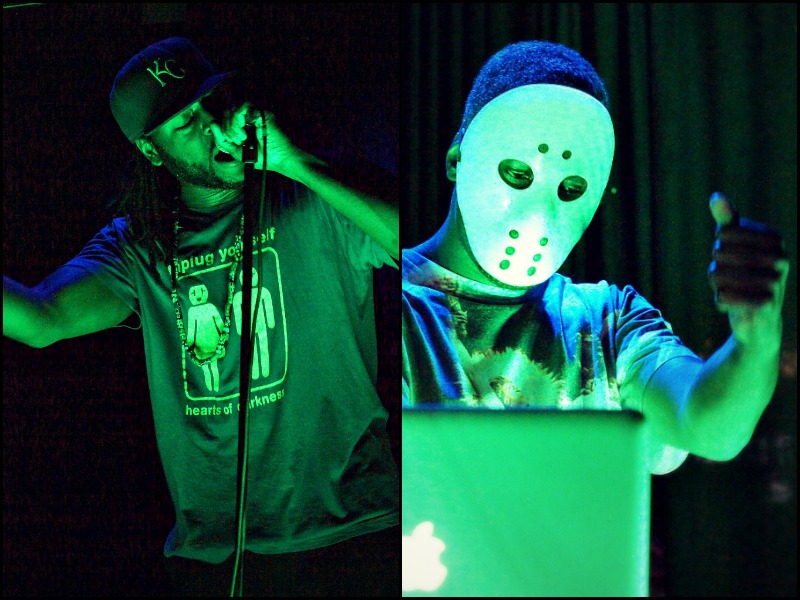 Heartfelt Anarchy is becoming a force in the local music scene. The project comes to us from the ever-so-talented Les Izmore and D/Will, who often dons a slightly spooky yet completely intriguing mask during their performances. You might recognize Mr. Izmore from the Hearts of Darkness lineup.

These two really don’t need much to inspire. When they took the stage Saturday night at Record Bar, D/Will worked his magic with beats that were a little more soulful than what we’re used to hearing from local producers. Les, with his large stature, both intimidated and impressed the audience. He spouted off lyrics that got your heart racing, then brought you back down to earth by the end of the song, all while occasionally lifting his arms to display a large wingspan. He’s lively as hell, and full of civic pride (it’s common to spot this fella in the front row watching local bands and supporting all things Middle of the Map).

You can listen to more of Heartfelt Anarchy’s music online here, and watch a clip from Saturday’s performance below.

Bummer is your latest unruly group of hellions