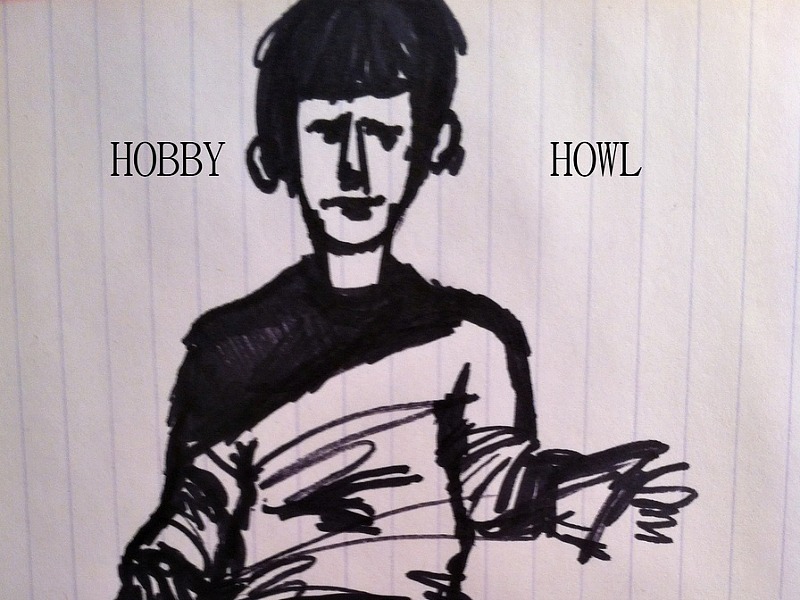 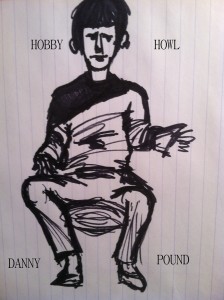 “Connecticut Raindrop” may be the most beautiful track of the year. There, I said it. I realize this is a bold statement considering there have been some gorgeous songs released in 2013, but the opener on Danny Pound’s Hobby Howl is an emotionally jazzy stunner with piano, organ, and a brass duo. The instrumental is a killer and sets the tone for a terrific album. Pound is already a local hero and songwriting legend and Hobby Howl is a no frills release that tries to blend in with the scenery, but his talent shines bright. You seek out where the glow is coming from. Pound’s songwriting is fantastic from the beginning; “Small Comforts” is a humble and modest song about what’s important to our narrator in particular, but it’s incredibly easy to relate. A minimalist dream about the easy life, Pound sings about buying a bed, keeping beer cold, “Woody fuckin’ woodpecker, out there hammering on his tree,” and a pretty neighbor (of whom he questions their sanity since they might like him). He doesn’t need any luxuries, just the essentials.

Pound’s voice is so incredibly soothing, but he can make it frighteningly clear, like in the moody and clever “Blank Pages, Black Windows.” An anti-party song that is disillusioned with the scene and would rather stay “at home, watching the baseball game in pajamas.”

Pound lets his folks roots bleed into “Mrs. Lincoln” and the country tinged “Sheila-On-The-Ceiling.” These two keep the sparse music in the background and let the lyrics tell their story; sometimes bizarre, sometimes funny, and always devastating. The self-loathing, tragically comic “How Dumb Can You Be” is a toe-tapper in the weirdest way. It has a catchy guitar with hilariously depressing lyrics about, well, being dumb.

Hobby Howl is a riveting record. Danny Pound’s simple and quietest moments force everything around them to be silent and strain their ears to hear them, no matter how faint. He’s in charge around here and you don’t want to miss what he says, even if it’s just about the mattress he owns.

Favorite Tracks: “Connecticut Raindrop,” “Small Comforts,” & “How Dumb Can You Be”