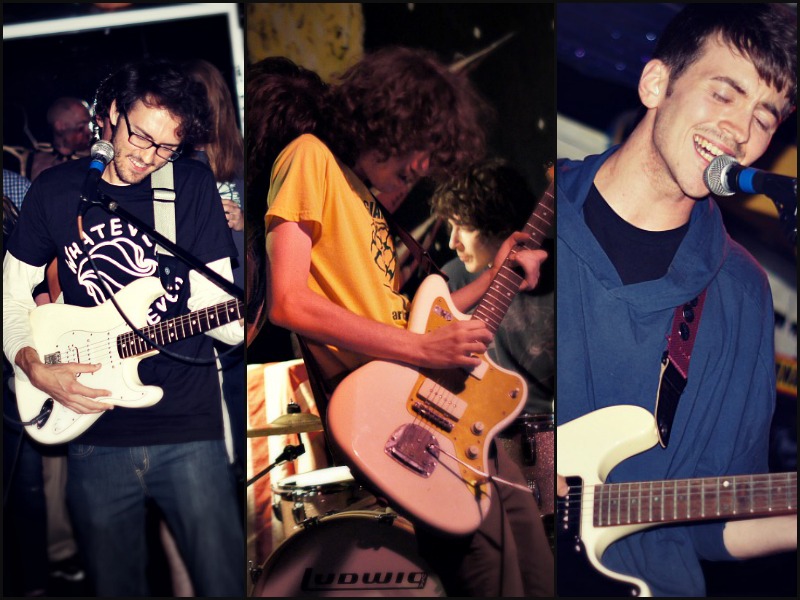 On Thursday evening, zombies roamed the Replay thanks to leftovers and stragglers from the Downtown Zombie Walk. But the venue was, in fact, full of life thanks to a perfectly matched lineup from a couple of Whatever Forever powerhouses. 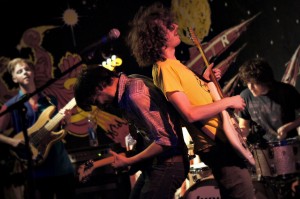 Psychic Heat has been inducing audiences into an unmatched frenzy and anticipation unlike any we’ve ever seen. The rockers can light an entire room on fire with just their energy, and are bringing psychedelic back. There is not a single misstep in this band, every crashing sound and throbbing bassline feels like a thrilling sock in the jaw. Not that they needed any extra “umph,” but the band’s noise has doubled thanks to the onset of new drummer Ricky Barkosky (formerly of treasured Lawrence garage act Up The Academy).

The band goes bananas at about 2:25 in (bodies and guitars go flying, an excitable dancer hits the floor, and the band’s frontman has a special moment with the pinball machines): 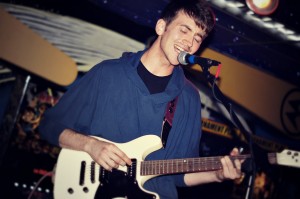 SW/MM/NG, a band from Arkansas, has been in cahoots with the Whatever Forever label for the past couple of years, and were more than happy to start their tour in Lawrence despite the peculiar parade guests lingering about. The band said they couldn’t “ask for more than for people to be dressed like zombies” on their first night of tour. By the end of their set, both the undead and the living were singing along to their perfect escape music. 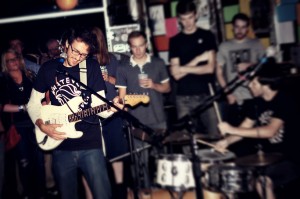 By now everyone should know that the musicians in Oils hold a certain disdain for stages. Before the last note from the previous band quits ringing, Oils is already slapping down rugs and amps onto the dance floor. The crowd then swarms around while Oils goes in for the kill, topping off the night with their enthralling experimental sounds and newly-acquired looping skills.

They scored extra points for dressing in matching Whatever Forever shirts while wailing their little hearts out. It’s interesting to note that the crowd barely meanders in and out of the venue during their set. This is a band that can hold an audience’s attention through the very end.

Bonus video! Psychic Heat gets crazy with the keyboard: