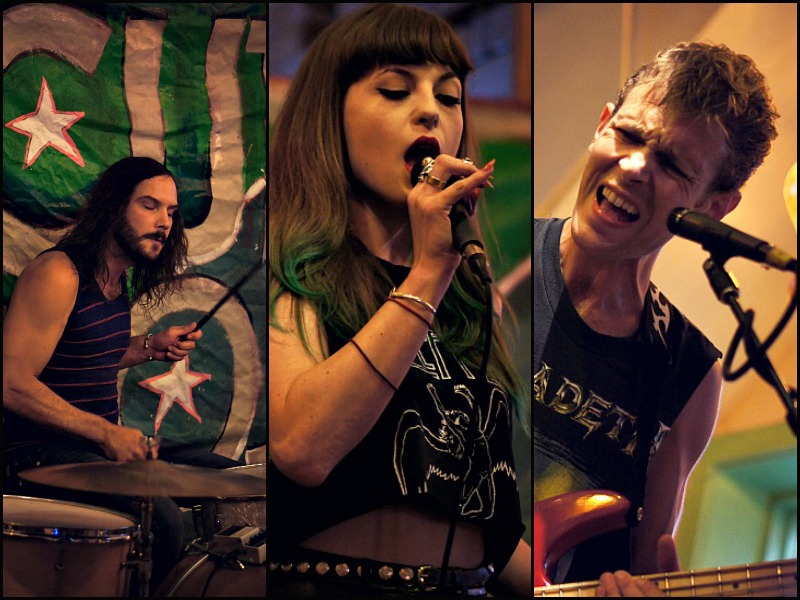 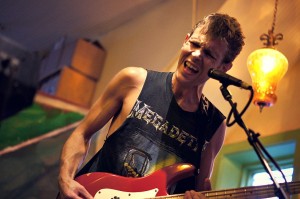 We’ve eagerly been awaiting the return of Hissy Fit, and on Friday the Kansas City rockers indulged Lawrence with a gritty set at Love Garden. 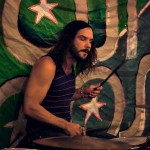 While the smell of celebratory Rudy’s Pizza hung in the air, Hissy Fit kicked off a lineup that included other like-minded dirty rock acts, including LAZY (the night served as an album release party for them), Wayne Pain and the Shit Stains, and Lawrence’s JOCKS. 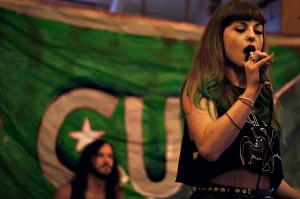 With tunes sultry enough to raise the temperature in any room, Hissy Fit has become somewhat of a sensual thriller. After working diligently on their act all winter, their songs are now considerably more danceable and have become an open invitation to get your dirty grind on (which some people did next to the stacks of records on Friday). With heavily distorted guitars added to powerful and taunting female vocals on the lead, the band could pass for a filthy version of the Yeah Yeah Yeahs.

Here’s a clip of Hissy Fit making teh sexy happen at Love Garden: