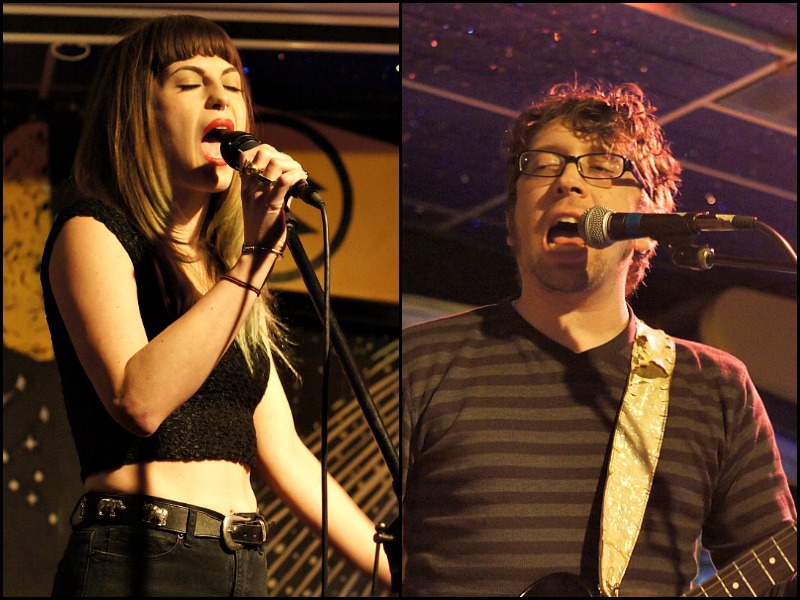 The Replay was all abuzz on Wednesday night thanks to a maneuver of one Kansas City band. In the spirit of the holidays and reuniting with old friends, Be/Non decided to perform with the original lineup. Old fogies came out of the woodwork for this triumphant event, and were rewarded handsomely with an outstanding performance from one of the greatest local bands to come out of the area. 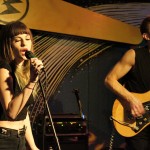 Hissy Fit, a fairly new act out of Kansas City, started the night off with an impressive, fast, and hard-hitting set. The band’s frontwoman is reminiscent of Karen O from the Yeah Yeah Yeahs (she can squeal, scream, and holler just as well). The bassist, who you may recognize from The Devil, played fast and furious, destroying any need for a guitarist in the band.

Don’t write the singer/wailer of this grungey group off as some “pretty little thing.” With her bold, in-your-face lyrics about sexuality, chances are this leading lady could destroy you with her smoldering performance. 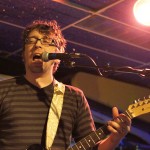 Up until a couple of days ago, the guys in Be/Non hadn’t played together as a band for about fifteen years. But once onstage, they insisted it “came back like magic.”

The trio were just as giddy as the audience, and couldn’t help but sport both proud and shy smiles from the moment they set foot onstage. “Oh, this is a treat!” exclaimed frontman Brodie Rush.

The smiley demeanor was deceptive, however, because in between the grins and onstage chats were some of the most vicious guitar riffs and screams that left the old fogies (yours truly included) foaming at the mouth. They basked us in old favorites and “90s Drop D,” and it was hard not to leave the venue without feeling on top of the world.

Editor’s Note: If you missed the Be/Non reunion on Wednesday night, you can catch them on New Year’s Eve at Davey’s Uptown in Kansas City.