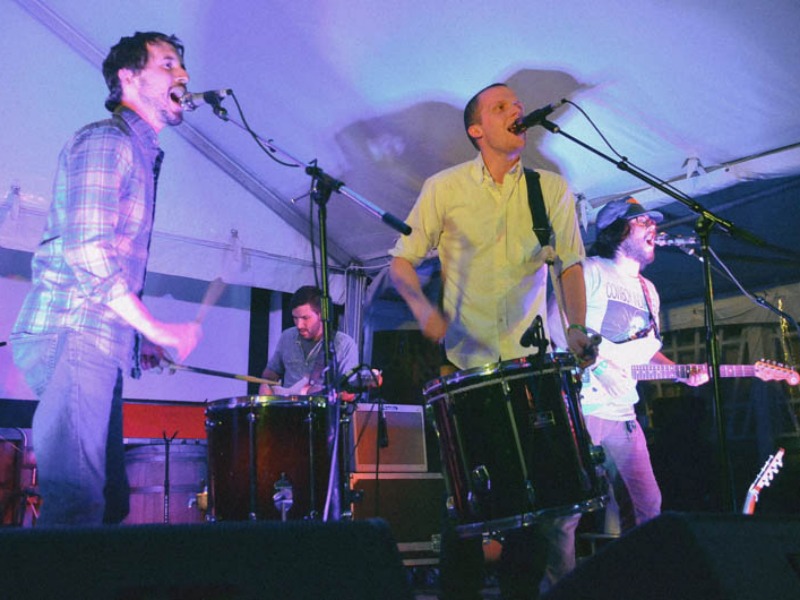 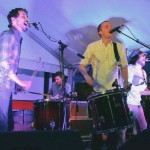 One of Lawrence’s finest had the opportunity to play an official showcase at the SXSW music festival this year. Quiet Corral took the stage at the Red Light Management/ATO Records showcase at Maggie Mae’s on Sixth Street to tout the new record.

We caught up with guitarist/Vocalist/Drummer Isaac Flynn to talk about the new album, slated for release later this year. “I think you’ll hear a much more mature sounding band,” says Flynn. “The album is more cohesive than our EP, but it also has some diversity throughout the songs, so hopefully it’s a more uniform sound that still keeps the listener entertained.”

Though these guys have been well-received everywhere from New York to LA, Flynn feels that Midwesterners understand them better. “I will say that people in the Midwest tend to really get what we are doing,” says Flynn. “I think they appreciate Garrett’s KU hat that he’s worn for about a year straight now.”

You can catch all the new songs, as well as Garrett’s KU hat, from Quiet Corral when they play Middle of the Map Fest Friday, April 5th at 8:00pm at the Conspiracy Room.

'Twas the Night Before South-by

SW/MM/NG is your Summer escape