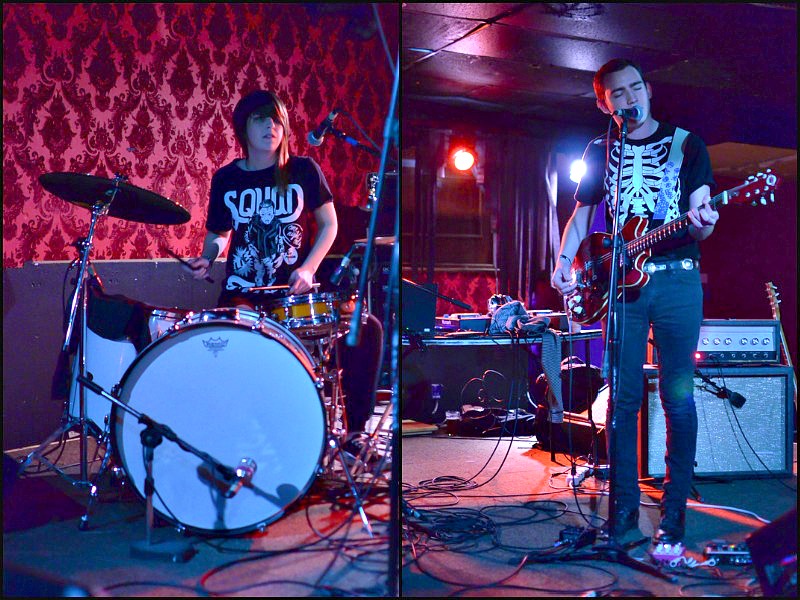 Lewis Guillen and Summer Bradshaw are relatively new to the local music scene in Lawrence, having played their first show the last day of January 2013. You couldn’t have guessed that Thursday night at The Jackpot after their tight set. The two make up The New Cosmopolitans, self described as indie noise pop. The crowd was feeling it and swaying to their low-fi sounds.

Lewis and Summer’s shoe gazey vibe was perfectly complimented by D-Virus’ DJing earlier in the night.