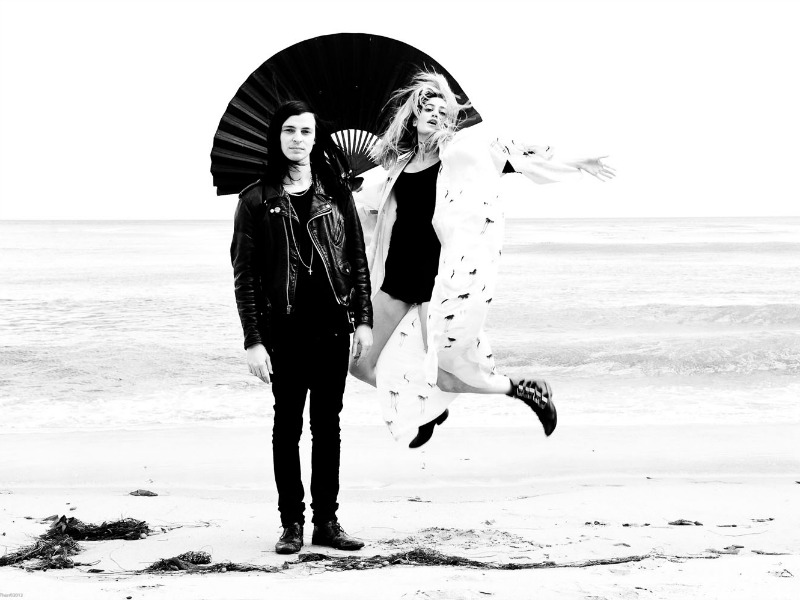 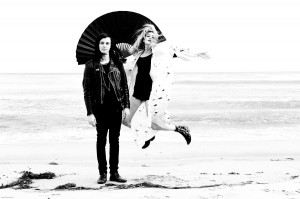 Sunday will be an intense lesson in maintaining grace through heavy distortion for anyone heading to Liberty Hall. IO Echo’s dramatic live shows, rich sound, and use of unique Asian instruments (such as the Koto Harp) have been gaining them a lot of notoriety across the nation. They’ve opened for the likes of NIN, and are now sharing the stage with Bloc Party this weekend. “It’s amazing to play with these bands that we’ve looked up to because we learn a lot from the shows that they put on. They’re incredible to watch,” says Leopold Ross. “It’s really exciting for us to be on the same stage as them.”

Despite their big-name headliners, IO Echo’s live sets are not to be ignored. It is, after all, what snowballed them into popularity. Their first handful of shows, which they insist were just a “fun” project, spread like fire thanks to word of mouth. The duo started getting so many requests to perform, they barely had time to release any recorded music. “We started to get a lot of show offers, and sort of paid attention to our live performance before ever recording something properly,” admits Ioanna Gika. The band’s debut LP, Ministry of Love, isn’t set to come out until April 2. “This is the first year that we’ve focused and buckled down and consciously didn’t go on tour. We had to sit and focus and complete a body of work.”

Until their LP release, IO Echo will be arriving in Lawrence armed with a self-titled EP. Gika says her mother used to live in Asia, and those sounds are heavy on her mind when she’s writing music. You’ll hear a lot of that influence on the album, but Gika says there’s also “an overarching theme of loss and dealing with different types of loss, such as a romance that has ended or theft.”

After their album release, the duo are in for a hefty amount of touring, but they look forward to playing areas that are new to them (such as the Midwest). “It’s exciting for us to just go to these places and meet these people. We always have this idea in our heads that nobody’s ever heard of us before. It’s rewarding when we get to come to these places and meet these people,” says Ross, who confided that performing and sharing his music is a very big part of who he is. “I’ve always done music, it’s all I’ve ever done. I guess it’s like saying what would it be like if you weren’t in my family? I am in my family, it’s just my life. I can’t imagine not doing it.”

Gika agrees, and noted that touring helps strengthen her connection with others. “I think sometimes I might feel lost or isolated, and music has the ability to connect and inspire,” she revealed. “I think that as human beings, it’s a great gift that we’ve been given that sets us apart from other species… that we have the ability to make art. I’m thankful I get to make art, and hopefully through it I can connect with other people.”

Feel the connection with IO Echo when they open for Bloc Party at Liberty Hall on Sunday.