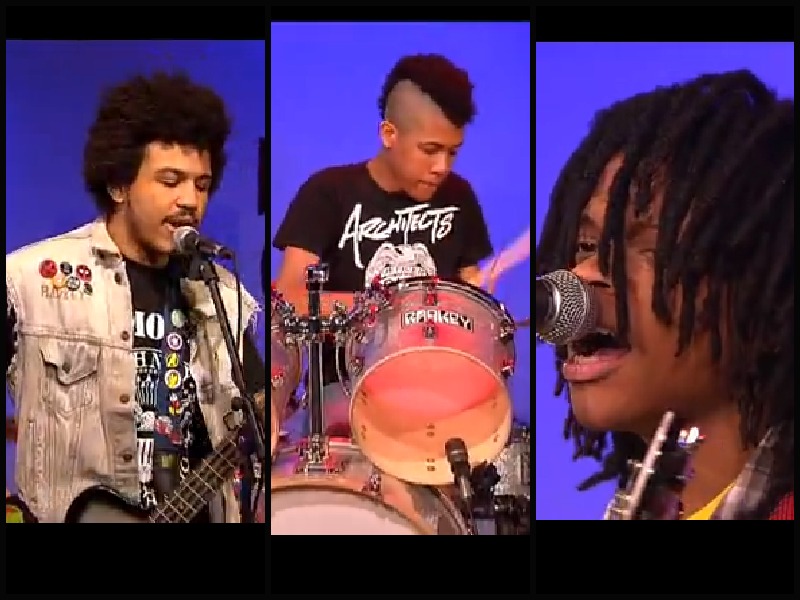 Facebook0Tweet0LinkedIn0Pin0
The media attention keeps growing for Radkey. On Thursday, the sibling rock trio appeared live on KSHB-TV out of Kansas City. They sat down with one of the hosts of Kansas City Live for an interview and a performance.

The band discussed their dynamic, how they collaborate on songs, and what’s in store for them in the future. They also performed a new song, Red Letter, which you can see after the interview.

Radkey is currently polishing up for an appearance at both Daytrotter and the SXSW Music Festival.