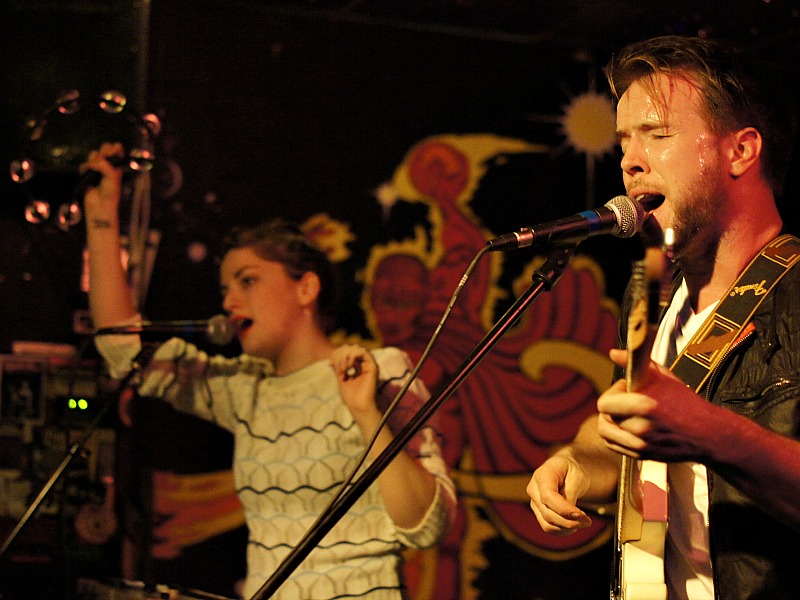 With Christmas fast approaching, Downtown Lawrence was overflowing with activity over the weekend. This meant that venues were especially alive with Lawrencians enjoying all the buzz that comes with the holiday season. 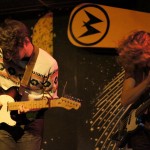 Hospital Ships started the night off at the Replay. This was our first time watching the band with drummer Nathan Wilder (of Muscle Worship fame). We’re quite fond of his work, and were pleased to see him bring that same aggressiveness to Hospital Ships. The band overall has been a bit more adventurous lately, experimenting with new noises yet still delivering on that beautiful harmonious sound we’ve come to love. 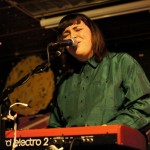 La Guerre’s Katlyn Conroy started off her set by apologizing for her voice, claiming that she had been under the weather recently. Her guitarist Gavin Snider immediately stopped what he was doing and announced to the audience “She apologizes for that voice!” Then, he turned to her and (with a very stern tone) said “Katlyn, don’t ever apologize for that voice.” It’s true, Conroy has the voice of a siren and can hold an entire audience in the palm of her hand with her beautiful crooning. Even with a hoarse voice, her talent far exceeds that of most musicians. 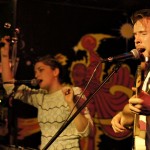 Speaking of commanding your attention, no band does it better than Palace. The lively and animated group hails from St. Louis, and this was their first time in Lawrence. They made a grand entrance into the scene with a very loud and lively set. Heads literally turned and whipped around from as far back as the benches up against the wall. A few seconds later, folks dived onto the dance floor to cut a rug. They worked it, and had already broken out into a sweat by the end of their first song. Palace always summoned the best out of their viewers with grand gestures of thrusting their arms, fists, and tambourines into the air. Maybe it was the four-part harmonies or the booming trumpet from the back of the stage, but this was a band that brought the audience to life.