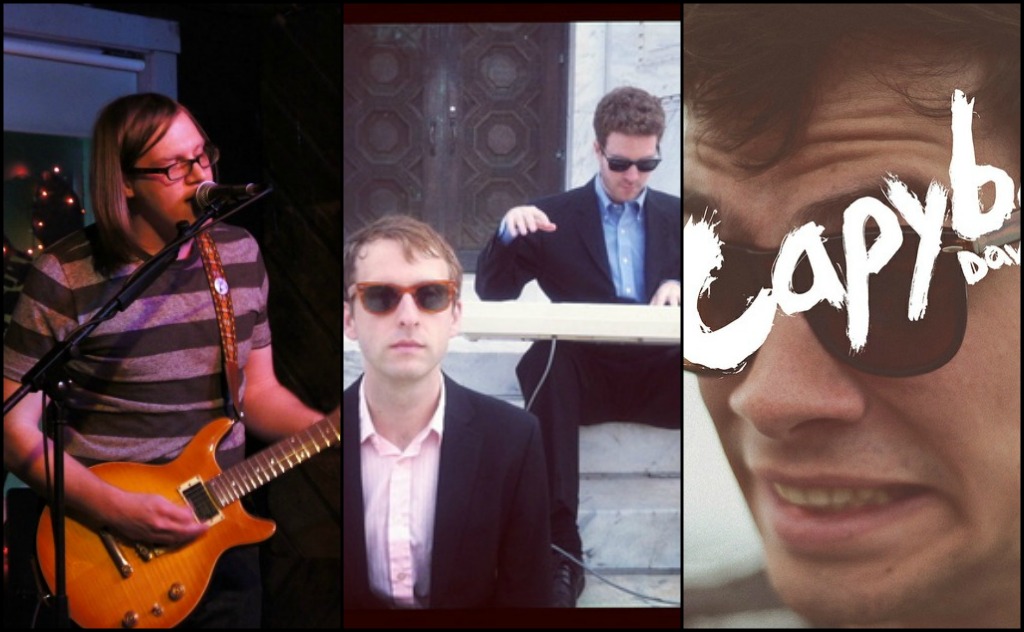 Spring means new albums, loads of shows, and exciting tours for local bands. It also means winter is the season for testing the waters. Here’s a look at some new songs from bands in the area.

One of the most anticipated albums of 2012 will be Capybara’s “Dave Drusky.” They released one song from the album late last year, and last week they introduced Neighbor Crimes to the masses.

The excitement is already building over the band’s sophomore album, and Neighbor Crimes reinforces the buzz.

Power and Light comes to us by way of Andrew Connor (of Ghosty, The ACBs) and Nathan Readey.

As though Connor didn’t have enough going on, he’s exercising his musical muscles even more with this indie-pop project. The songs are adorable in every aspect, and the music light-hearted and easy to swallow.

Connor says different versions of the songs will be on the new Ghosty album, scheduled for release this Spring.

Rejoice! For The Sluts have finally finished their three-song demo.

We’ve grown quite fond of The Sluts. Frontman Ryan Wise’s unique voice and aggressive lyrics may very well just murder you at any live show. Now you can have that same frenzy available at your fingertips by downloading it for free here, although we still heavily urge you to check out their live shows.

Be sure to catch them Friday, January 27, at the Replay.

I Want You To Die by The Sluts

Photo Gallery: The Cast Pattern / Kahldera at the Replay