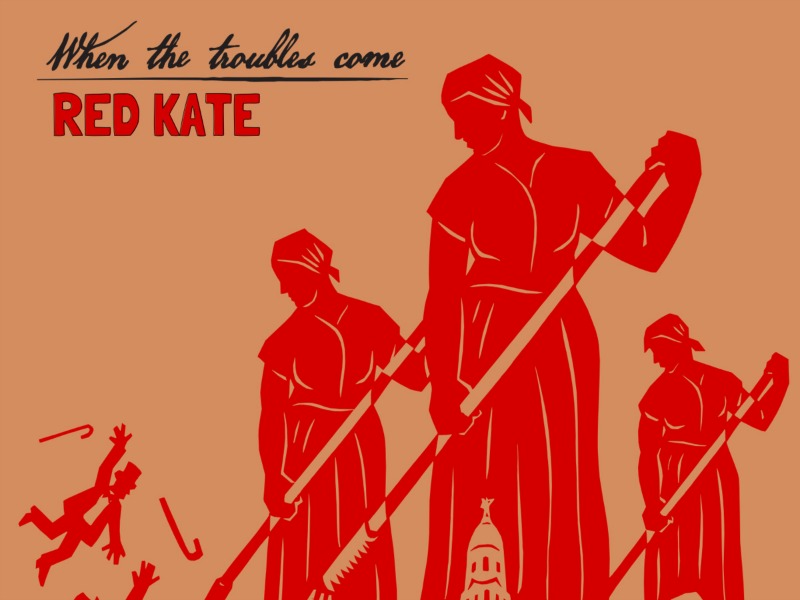 Red Kate’s full length record When The Troubles Come is a rough and tumble, bare knuckle brawler, ready to romp and stomp your ear drums and anybody who might want to slow them down. Their brand of rock ‘n’ roll is a bluesy punk; a little sleazy and slurred with an abrasiveness all over the eleven tracks. Rarely does Red Kate slow down, pummeling you song after song with their rowdy tunes. The guitars chug along with the gritty and gruff vocals; this record is tough as nails in more ways than one. Musically, When The Troubles Come is a swingin’ rocker that will have you moving quick, featuring some clever and sarcastic (and sometimes downright funny) songs like “Pink Sweater” and “Flirty Hips.” But first and foremost, are the political tracks. 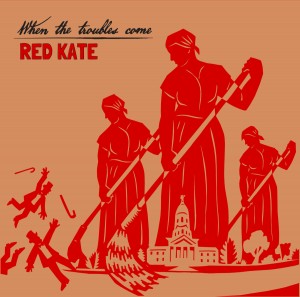 When The Troubles Come is a socially conscious and politically driven record. It isn’t afraid to speak up for the working man (“Union Voice”) or voice its issues with the war (“Disappear”) or the media (“Hypnotized”). They sing about economic disparity, working for “the man,” and being sick and tired of being buried by the upper class. The first track, “Union Voice,” is a call to arms to take the rose-tinted glasses off and get ready to kick some ass. It starts by trying to accept a quiet life on the sidelines, but someone will always try to pick you apart. “Well I’m here to tell you again/that The Boss is not your friend” they howl, letting you know it’s time to make some noise. What is the point of trying to live quietly?

When The Troubles Come has a fierce message and demands to be heard. A commentary on the unfair and unjust, but it’s not a whine or a sob. This is a scream; a bellow in the face of those who are trying to take advantage of the desperate and the poor and the band won’t let that happen. Red Kate have a fight they believe in and just like their lyrics say, “there ain’t no way in hell you’re gonna pacify them.”

Editor’s Note: You can catch Red Kate this Friday at the Replay.