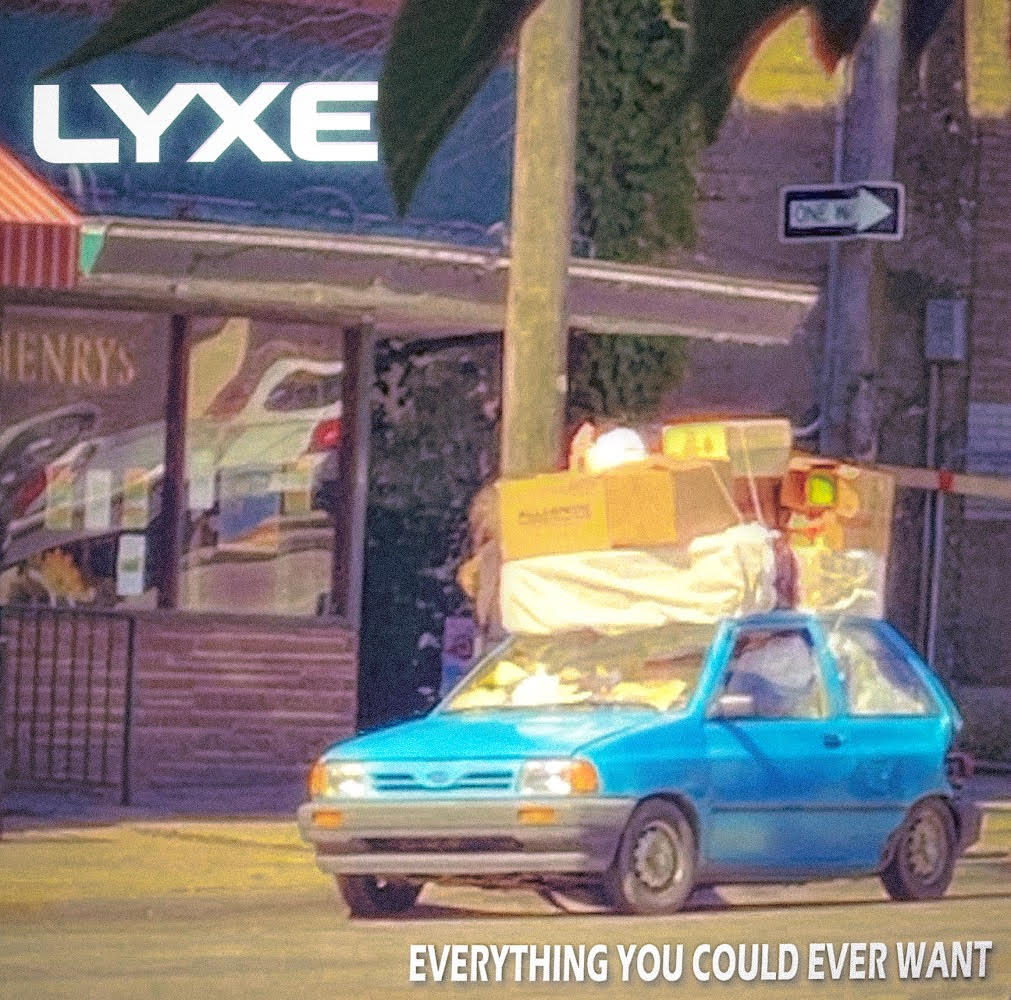 A few years (and a pandemic pause) after forming as a band, LYXE is finally releasing some new music.

The trio is comprised of frontman Ryan Wise (of The Sluts fame), bassist AJ Knudson, and drummer Jimmy Girod. With Everything You Could Ever Want, we see Ryan return to his old stomping grounds at Element Recording. But this time around, he’s diving into a more melodic and rhythmic sound and exploring his new wave tastes woven into his garage rock fetish.

The EP, rightfully, opens with fan favorite “Wave,” (embedded below) an easy-to-love and easy-to-dance-to number which helped the band soar to popularity locally at their live shows (which have been plentiful over the Summer). “I Got Everything” takes the band’s indie sound to a higher level that could see the track getting airplay on mainstream radio thanks to the driving percussion lines and guitar riffs. Both “I Got Everything” and “Itchy Itchy” play more with percussion rhythms, while songs like “Where I Was” and “Wave” take a more canorous stance to the music.

The band didn’t waste time with filler, opting instead for an EP of solid songwriting and tunes that are easy to run on repeat. What we keep telling fans who ask us is that if you’re looking for The Sluts, this isn’t it. LYXE is an opportunity for Wise to step into his songwriting prowess and explore the music that made him over the decades. There’s definitely a return in live music right now to the more laid back, strum-rock of the early 90’s. Between Wise’s guitar work and Girod’s calculated rhythms, the trio could soon find themselves as one of the powerhouses of the local indie scene.

Rockers roll their way through Lawrence in September