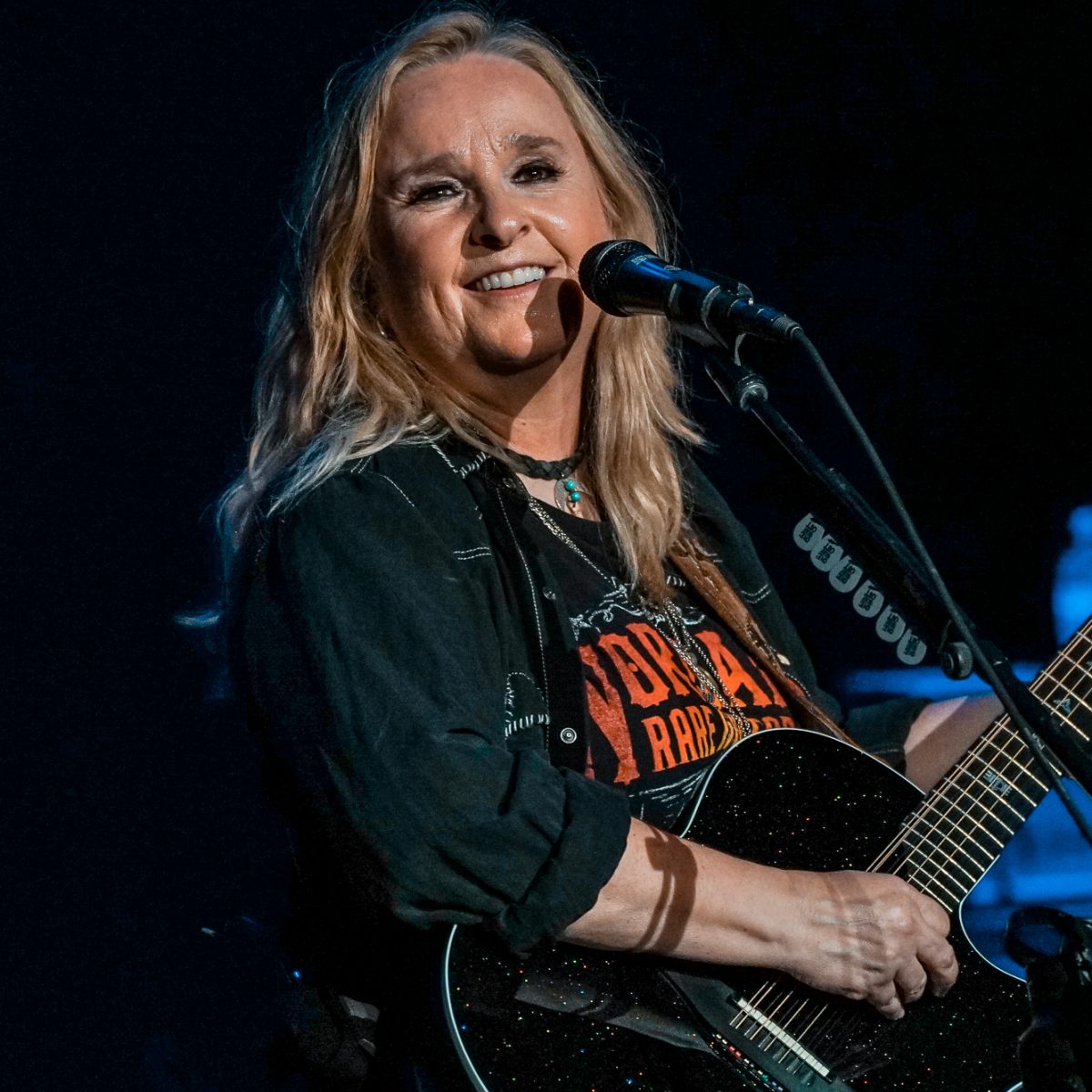 1995 was alive and well at Liberty Hall on Sunday night.

If you get excited about seeing famous people from Kansas performing in their home state and talking heavily about Kansas, this show would’ve left you on Cloud 9. Etheridge, originally from Leavenworth, was heavy on the compliments and gave nods to her hometown whenever she could.

The show was also heavy on the 90’s, as Etheridge took a deep dive into Your Little Secret, her highest-charting album. “Change,” “Shriner’s Park,” (which is actually a reference to Leavenworth’s Buffalo Bill Cody Park, but with a name adjustment that has a catchier ring to it) and the unforgettable “I Want To Come Over,” which left the audience in a tizzy. Etheridge still has the same powerhouse, raspy rock-and-roll vocals that she did in 1995 when the album came out. But this was the one song where the audience’s sing-along overpowered her (I mean, it was a room full of powerful and utterly cool middle-aged lesbians, so of course they were going to be louder than her).

The tour was meant to promote her recently released One Way Out, where the 90’s theme continued since technically the songs on the album were written in that decade but deemed too “feminist” for release at the time (though they’re absolutely perfect for today’s nightmare political climate). But the real draw of the show came when Etheridge made a big announcement form the stage. There, in her home state, she announced her new Broadway show titled “My Window” and, in a play on one of her biggest hits, invited the audience to “Come To My Window” in October when the show opens on Broadway. “My Window” will not only feature music spanning Etheridge’s decades-long discography, but also a more personal storytelling of her life, including the years she spent growing up in Kansas. So it made sense that she wanted to announce this milestone in her home state.

It felt like we got a bit of a sneak preview of her upcoming Broadway show at the Liberty Hall show. For one, there was no opener, just Melissa Etheridge for two hours. She was also delightfully transparent and genuine with the audience, often referring to her time in the sunflower state (and the Kansas references that popped up on her songs). She discussed everything from the oppressive heat (the air conditioning at Liberty Hall wasn’t entirely functioning on this night) to the oppressive clothing she shed as she became more comfortable with herself as an out lesbian in the 90’s (and on). “I had to tell myself that whatever people think of me is none of my business!” she confided to a cheering audience before diving into “As Cool As You Try.” Melissa Etheridge is definitely the advice-giving, no-nonsense, Midwestern, cool lesbian aunt we all deserve.

She’s been pretty good about updating fans on her new projects, including the upcoming Broadway show, over on her Twitter account, which you can follow here.