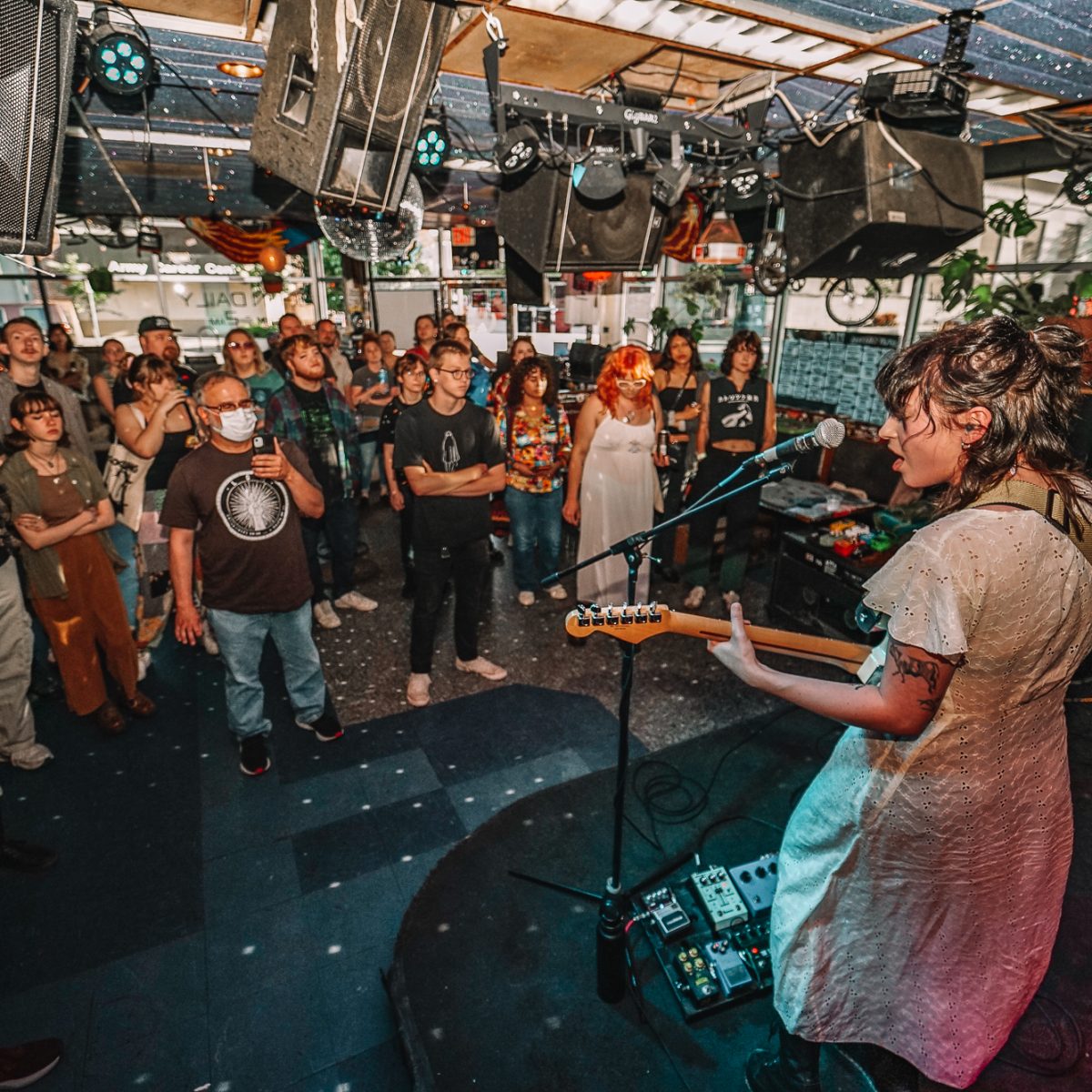 Listen, we obviously love local music. It’s in our title… and a lot of what we do revolves around making sure you also have a chance to heart local music, too. But for years and years, all we’ve heard is “I’d go to more shows if they didn’t start so late.” Well, get ready to wipe that egg off your face because SURPRISE! The Replay has been hosting early shows for weeks now. The cherry on top? You don’t have to be 21 to attend.

Right now, their early matinee shows (which generally start at 6:00 p.m. but sometimes start at 8:00 p.m.) are all ages. Wednesday and Thursday matinee shows are all ages. Otherwise, they’re 18+. But anyone under 18 can still attend as long as they’re accompanied by an adult (this has actually been a live music loophole for years). Night shows remain 21 and up, except for Wednesday night PRIDE nights, which are 18+.

Did you catch all that? Some of you did, because when we checked out the Flooding show earlier this year, it was PACKED with youngins. Now, it’s not a daycare, the shows are still rock and roll and there are still plenty of adults taking notice and attending– and if you’ve never seen a Replay show lit mainly by the sunlight spilling in from their large windows that wrap around the entire venue, you’re missing out.

We’re also starting to see a wider array of genres. It’s not all dream pop for the teens. On Tuesday night we were treated to a seriously metal show with touring acts Dead Register (Atlanta) and Cortége (Austin). Horned Wolf, which is arguably one of the best local bands you can watch in Lawrence, kicked off the bill. Guys, there was SO MUCH METAL GEAR, it lined an entire wall of the venue.

What we’re seeing with the early weekday shows is sometimes a more energetic crowd than you would see at the late-night shows. Understandably, they’re getting out right after dinner and burning all those calories with the excitement of knowing they’re not going to be dead tired the next morning.

One thing that we feel is important to understand is how much effort goes into this. Venues like The Bottleneck or Kaw Valley Public House are quite used to throwing local lineups together at an earlier start time, but for years the Replay has been famous for their late night tom-foolery. Now, without losing anything from their later shows, they’re piling on additional labor and effort to bring early shows to the venue just about every night of the week.

Oh, and the price hasn’t changed. The most you’ll ever pay for a Replay show is $5, but usually it’s $3 (at least ONE thing we love didn’t get murdered by inflation).

You can peep photos from the early shows we caught below, and check out the early-show concert calendar over on The Replay’s Facebook page OR our own Concert Calendar page.