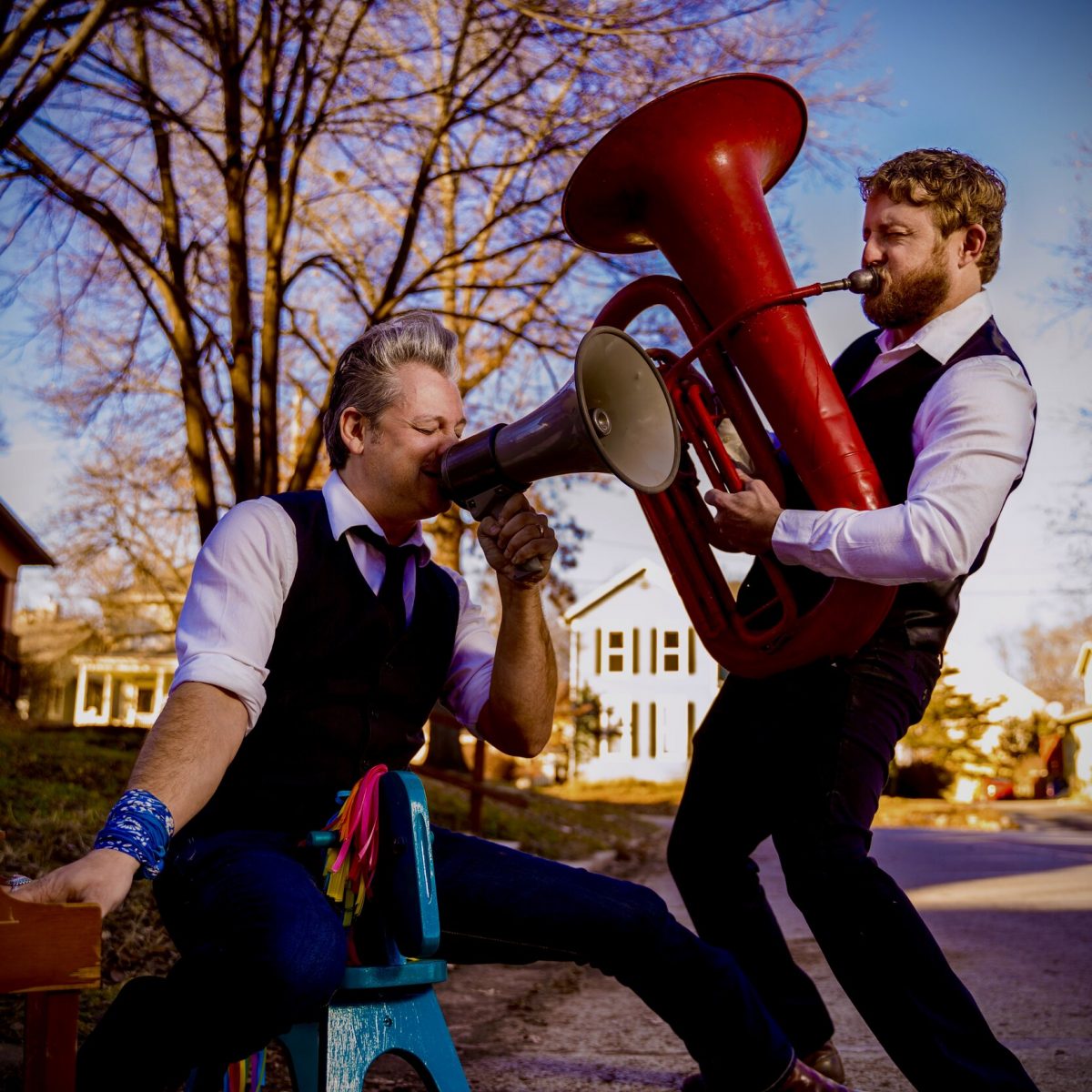 When the pandemic hit, every local musician had to approach their craft differently. But Til Willis, the man behind indie-folk duo SOLOHAWK, excelled thanks to his steady livestreams. However, with the release of their latest album The Radio Waves and Your Movies, it’s time for Willis to ease back into the live show setting.

He’s got a host of shows coming up this week to celebrate the release. We talked to him ahead of the busy weekend about creating music and touring at this point in the pandemic:

IHLM: For those used to seeing you in a rock and roll setting, SOLOHAWK brings out a more intimate and more melodious side of your music. What prompted you to transition to this sound?

TW: “I don’t think of it as a transition. I think of it as an extension. Steve Faceman and I met in 2012 when his rock band, Faceman, was touring through Lawrence and needed local support. Til Willis & Erratic Cowboy opened for them, and we developed a friendship that night, I think he liked that I played a guitar solo while rolling around on the floor. Anyway, in 2016 we released the first SOLOHAWK album, and started playing some shows. We realized two things fairly quickly: 1, it was easier to book an acoustic duo, and 2, there was some magic to what we were doing. So, here we are now with our second studio album, The Radio Waves and Your Movies, and we just finished up a successful run of summer dates at Opera Houses and Theaters in Colorado.”

IHLM: You used to take off the second the seasons changed to go on tour. How has the pandemic impacted your approach to live music?

TW: “Aside from a monthly live stream, I didn’t do anything live in 2020. It was a huge hit to my livelihood, like it was to many. I did pick up a couple graphic art jobs. But, mostly I just stayed home. That’s not to say I wasn’t busy. As SOLOHAWK, Steve and I decided to write and release something new once a month starting with the first lockdown. No easy feat since Steve lives in Denver, and I was in Lawrence. But, with lots of texts, emails and voice memos we managed to meet our goals. Our pen-pal-menship is now at graduate level.

But this year I was able to tour in Colorado, I’m just finishing three months of solo dates. Not gonna lie, it felt a little weird navigating the ongoing pandemic gig landscape, but it felt really good to be back performing. Most of the shows were outside in some fashion, so that was good. I have noticed that people seem to have a newfound appreciation for live music, and that is heartening.”

IHLM: Your future plans in recording and performing?

TW: “I’ve got a new Erratic Cowboy album that’s been ready to go since 2019, that’ll probably come out next year. And, there are a couple of band gigs later this year. I’m still playing solo shows promoting my latest solo album, Morning Day, that came out back in June. And then there’s this current run of Midwest SOLOHAWK shows.

We tour through here so infrequently, we decided to play two shows in Lawrence to give ample opportunity to catch us. We’ll be at Kaw Valley Public House on October 15th (8:30pm), and then we’re doing an early matinee show with our friend Colin Halliburton at the Replay on Sunday, October 17th (5pm). Everyone should come say, hello, we’re pretty friendly people.”

You can see SOLOHAWK at the following shows this week:

Beach Fossils / Wild Nothing / Hannah Jadagu at the Granada