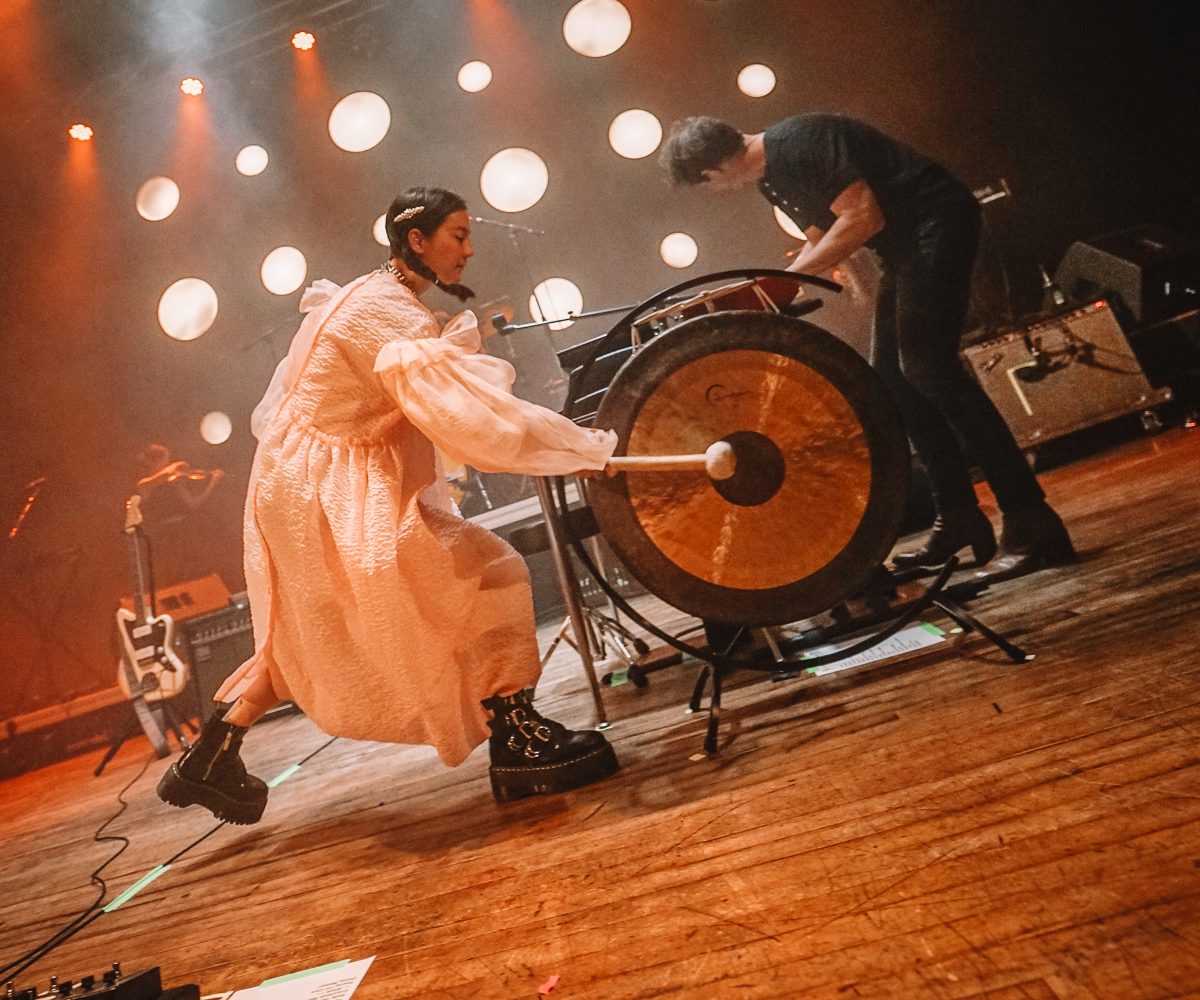 Rocktober is in full swing, and the busy concert schedule landed one of the more colorful events of the season at Liberty Hall on Saturday. In front of a stunning backdrop of bright circles and colorful lights, Japanese Breakfast put on an intoxicatingly vibrant show for the masses.

The band is headed by multi-instrumentalist and gong enthusiast Michelle Zauner, but this never once felt like a musician and their “backing band,” but more like a well-calculated collective. Everyone had a role. Zauner absolutely shreds on guitar, but saves it for moments where it counts. It’s all too easy for musicians to fall into the trap as coming off as showy. Not Zauner. Even the more eye-catching moments all served a purpose. The gong (which is perhaps one of the showiest instruments around), situated front and center, aided the band in their grand entrance. Normally, gongs are used minimally in songs. But on this night, it played a vital role in sounding the happiness alarm when they opened with “Paprika.” Zauner whacked it over and over again, like a battle cry used to rally the troops to join her in this celebration of joy.

Sporting a flowy pink dress worthy of Rodarte runways, Zauner came off confident yet delicate at the same time. She stomped around the stage in her goth boots, yet flowed like water. There’s no one way to be a performer, but she seems to fit all the molds.

Opener Luna Li also mirrored this unapologetic femininity, bouncing around in a colorful getup when she wasn’t playing her guitar or violin (she had great ponytail energy). This was the Toronto musician’s first time in Lawrence, and she brought along a butterfly-shaped guitar just for this tour (again, unapologetically feminine). She struck a chord when the audience when she recalled her first time seeing Japanese Breakfast, and stressed the importance of being represented onstage by someone who looks like her (both are Korean).

Beach Fossils / Wild Nothing / Hannah Jadagu at the Granada