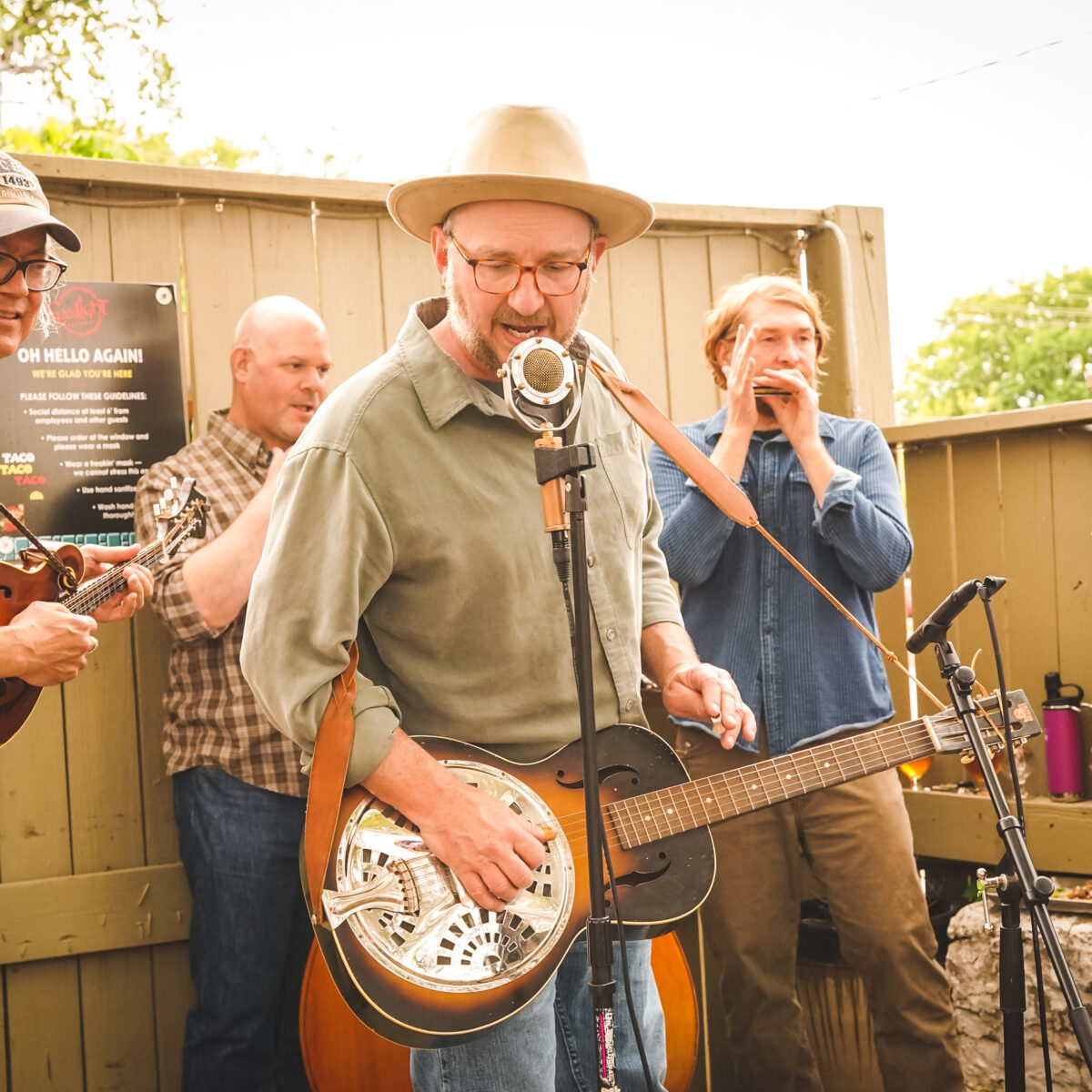 Have you ever just had one of those perfect Spring evenings? The one where you can feel the students draining out of the town, and it’s just the townies on the patio enjoying a bout of bluegrass? That’s what Friday felt like when Old Fangled hit the stage at the Gaslight in North Lawrence. With the smell of tacos in the air, and musicians packed so tightly on the stage that the heels of their boots were hanging off (eep!), audiences were treated to the musical maestros.

This was also a celebration of things to come. The night (which also featured the talents of the Matchsellers) promoted the upcoming Kansas FidPick event. That’s right, the Kansas State Fiddling and Picking Championship is back in 2021. It happens every fourth weekend in August, generally in South Park (unless rain moves it to the Community Building downtown). FidPick’s website says there will be “some adjustments made for the safety of our competitors, performers and spectators. What those changes will be aren’t yet certain, as the situation is fluid.”

Listen: Hannah Norris releases "Will I?"