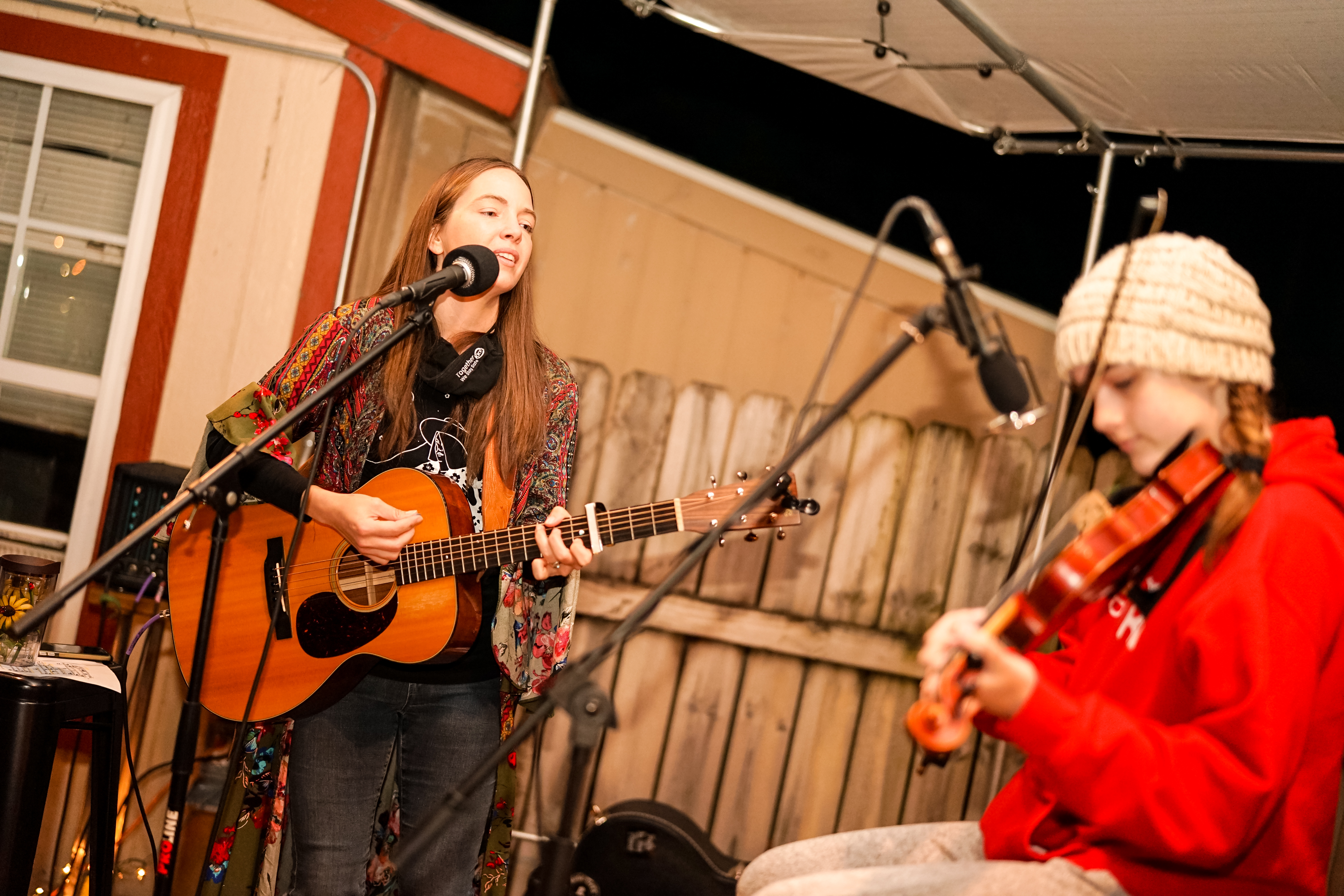 We’re two weeks into covering shows post-pandemic, and Friday’s set was a memorable one. Kristin Hamilton, of Under the Big Oak tree fame, hit the patio stage with daughter Lucy for a darling and delightful performance.

Kristin and Lucy melted hearts with their beautiful harmonizing and playful melodies on guitar and fiddle. They essentially played two sets on two stages, after the rain sent them inside for the second half of the show. One of the highlights was watching them cover Carole King’s “So Far Away.”

It turns out the song was actually part of an initiative from the Heartland Song Network to celebrate the 50th Anniversary of Carole King’s Tapestry, and featured a host of local musicians performing songs from the album live online back in March. We’ve included the Hamiltons’ Friday night cover below, as well as their Heartland Song Network performance (which is well worth your time).

And if you’d like to hear it without all the excitable bar chatter (which we’ve so desperately missed during the pandemic), it shows up about 16 minutes in during the clip below. However, we highly recommend tuning in for the entire clip and its all-star cast, which includes Elexa Dawson, Erin McGrane, Jessica Salley, Jill Westra, Kelly Dougherty, Joy Zimmerman, Kate Whitefield, Kristin Hamilton, Lucy Hamilton, Rigby Summer, Terri Laddusaw, Julia Othmer, Havilah Bruders, Kristina Ning, Danielle Anderson, Alison Hawkins and Julie Bennett Hume.