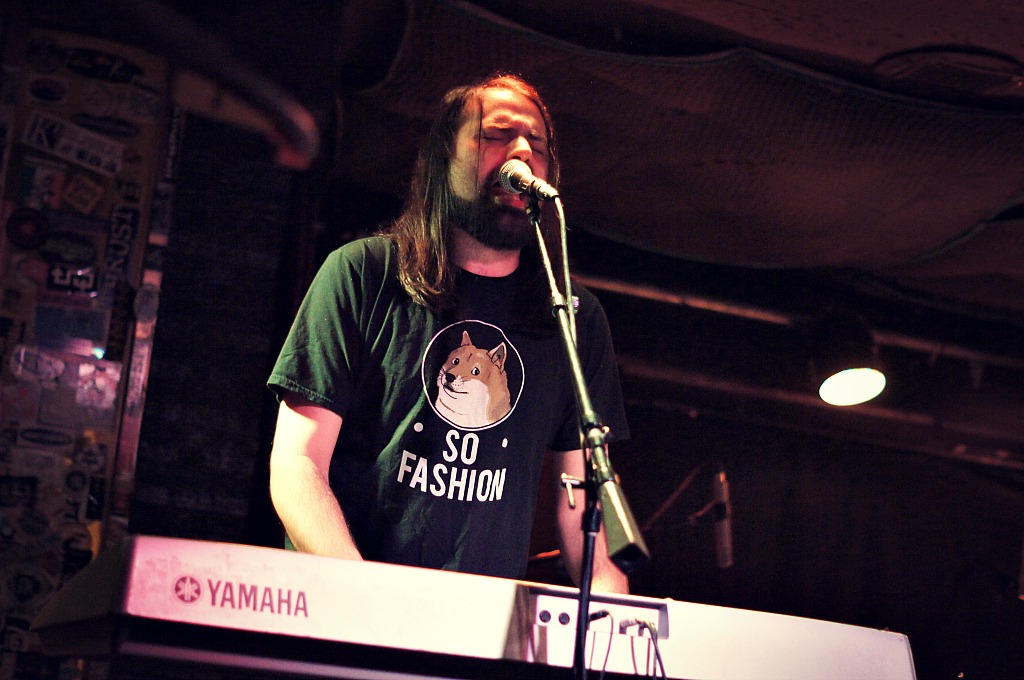 FacebookTweetLinkedInPin
When local musicians got the horrifying news about Davey’s Uptown Rambler’s Club earlier this month, the musicians behind Something and the Whatevers got right to work. The genre-defying band, like so many others, had fond memories of playing on the iconic Kansas City stage. So when a fire destroyed the venue, they wanted to do what they could to help.

The musician had secretly recorded all of their shows there. Over the last two weeks, they pulled tracks from sets they played from 2013 to 2015 and created a live album. On the album’s Bandcamp page, the band writes: “Any band that spends much time playing live will tell you that certain venues truly become a second home. For us, Davey’s Uptown Rambler’s Club in KCMO is near the top of that list. They’ve allowed our weird little band to grace their stage on multiple occasions, and they have always treated us like pros. Case in point: how often have you heard of a dive bar where the sound engineer was able to offer you a professional-grade recording of the set you just played? We’ve heard of exactly one.”

With the COVID-19 quarantine in full effect, they had ample time to make final tweaks and get the music online. The album is free to download, but the band asks listeners to donate to the venue’s relief fund here.

The tracks are full of heartwarming and comedic moments from the band’s run (which, apparently, is not over since a potential album is on the way). You’ll hear the manic screaming and Andrew WK-esque piano pounding stylings of Benjamin Kraus, the feverish guitar thrashing of Victoria Brooks, a few appearances by Travis Arey (of Stiff Middle Fingers) on backing vocals and bass, and of course, the real star of the show: Tiny G (the band’s robotic drummer). Danny Ugly, of The Buglies, makes a guest appearance on the band’s cover of Weird Al’s “Dare To Be Stupid.” It’s definitely a great pick-me-up during these trying times, and it might be the only album where you hear someone say “Both these motherfuckers play viola!” Listening to the band yell “I am gonna make it through this year if it kills me!” on the final track feels especially poignant right now…

You can give it a listen below, and check out the page to donate to Davey’s Uptown Staff Relief Fund here.