Ministry brought rage to the stage with rock for the revolution 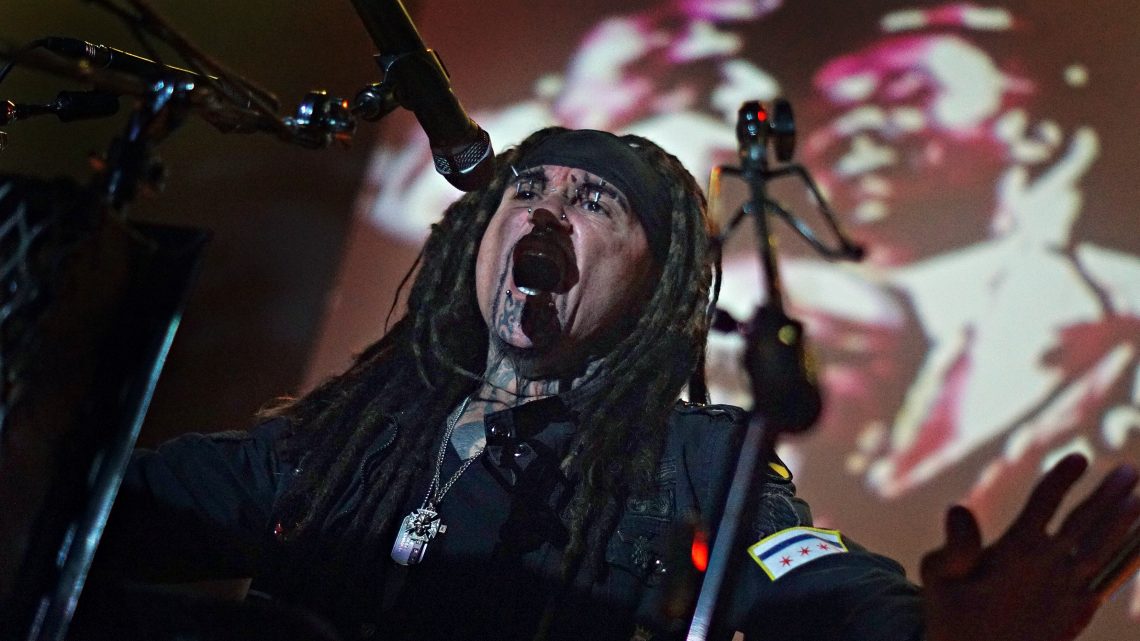 It’s funny how decades-old songs can still be just as relevant today.

If there’s a soundtrack for the impending revolution, it’s probably going to be brought to you by Ministry. The industrial metal band brought all the rage to the stage at the Granada Tuesday night thanks to an onslaught of politically-charged ballads off their recently released AmeriKKKant. The night was dotted with video projections of Trump acting a fool, with every video heavily met with boos from the audience.

The entire night was divided in half, with the first set of songs entirely off the 2018 release. Al Jourgensen stood at a glowing cross haloed by various microphones, screaming about our national nightmare. He divided his time between rallying the crowd at the podium and running across the stage and shredding on guitar, joined by an impressive ensemble of musicians that included Paul D’Amour (some will recall him as the original bassist for Tool).

But the crown jewel of the night came during the song “ANTIFA.” The dramatic and provocative performance featured masked persons waving giant flags, all while Jourgensen threatened nazis and yelled “ANTIFA IS COMING FOR YOU!”

The second half of the set referred to the band’s older songs, though honestly they remained just as timely decades on. A highlight of the night came when Jourgensen recalled his last visit to Lawrence 26 years ago and working with William Burroughs for “Just One Fix” (Burroughs’ image popped up on the screen while they performed that song). Songs like “Deity,” “N.W.O,” and “Thieves” all inspired the audience in the same manner they did 30 years ago. It was hard not to feel pride in fighting for your beliefs after the stimulating delivery.

If the show (and AmeriKKKant) couldn’t satisfy your hunger, the band promised a new album coming out just in time for next year’s election. And– if by November of next year– it still hasn’t satisfied your hunger, you can always eat the rich.

Next post New charity bringing instruments to children in Lawrence