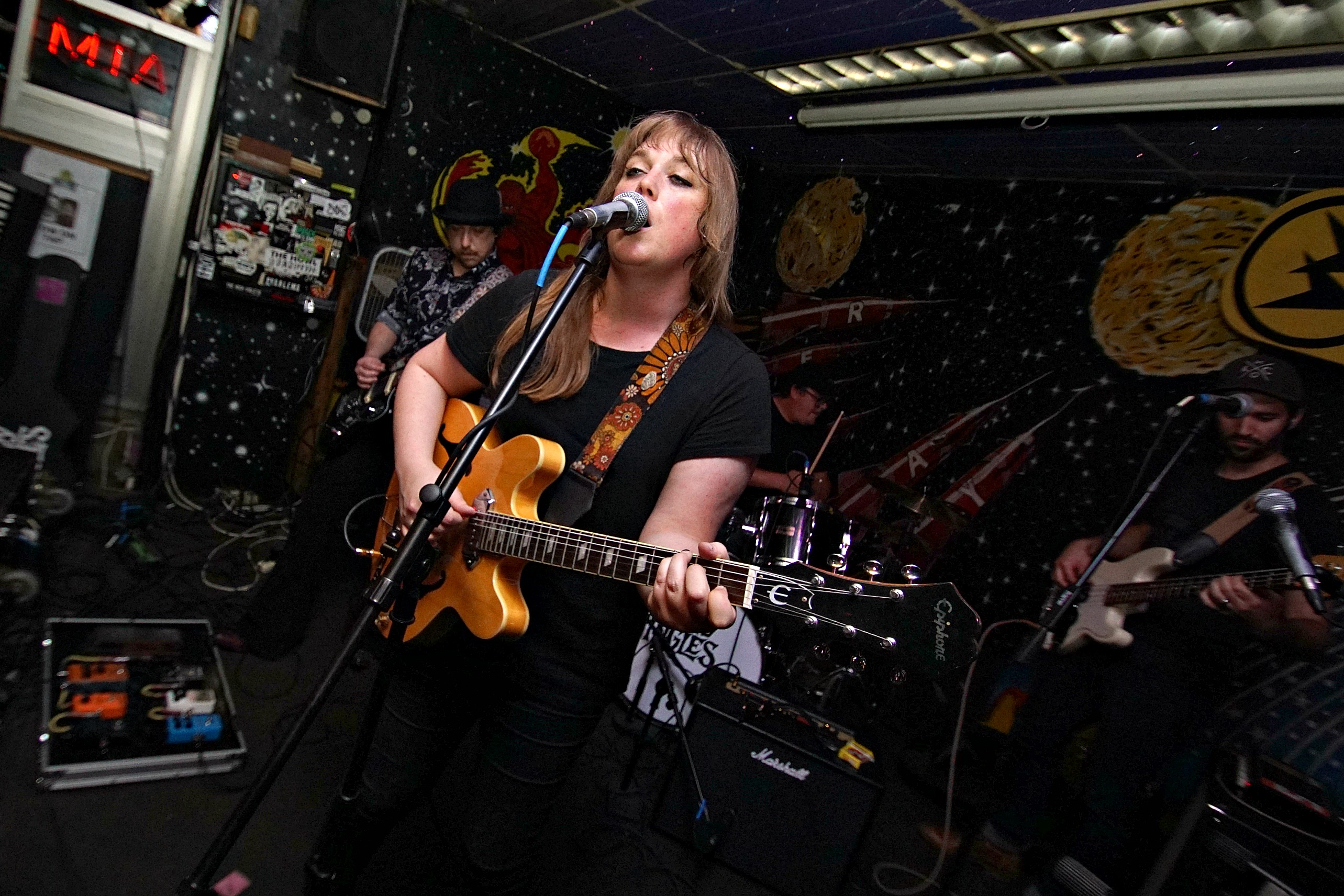 Facebook0Tweet0LinkedIn0Pin0
The Creepy Jingles are really throwing us for a loop. Like, we know garage rock is supposed to sound raw and a little loose. But The Creepy Jingles are so on point with their craft, we’re not entirely comfortable with picturing them as some laid back group of rockers.

Every. Single. Note. Is. Perfect.

When The Creepy Jingles play, it sounds like they practice every single day. They don’t miss a single thing! Every note in every song is spot on, we haven’t heard a group of rockers this tight with their performance in ages. When they hit the Replay for their album release show Thursday night, it was hard to look away. Jocelyn Olivia Nixon runs a tight ship with this group. They began the set with her pounding away at the keys, leaving a throbbing urge for more of their exciting rock noise. Then, when they fully dove into their impeccable guitar work, the audience was also treated to her gnarly-as-hell vocals. The growls, the screams, the RAWNESS of it all brings out our most primal emotions.

You can watch a clip from their show below, though their striking album is worth a listen to fully appreciate the preciseness this band brings to the table in an already sloppy rock scene (so we included the album below as well).

It’s worth noting that their label, High Dive Records, has an infallible history of signing some of the best rock bands in the area– but they have been vying to build a stronger female presence on their roster. Taking The Creepy Jingles on board is an excellent step in the right direction.

Galaxy BEST: They Watch Us From The Moon is Lawrence's space-themed band