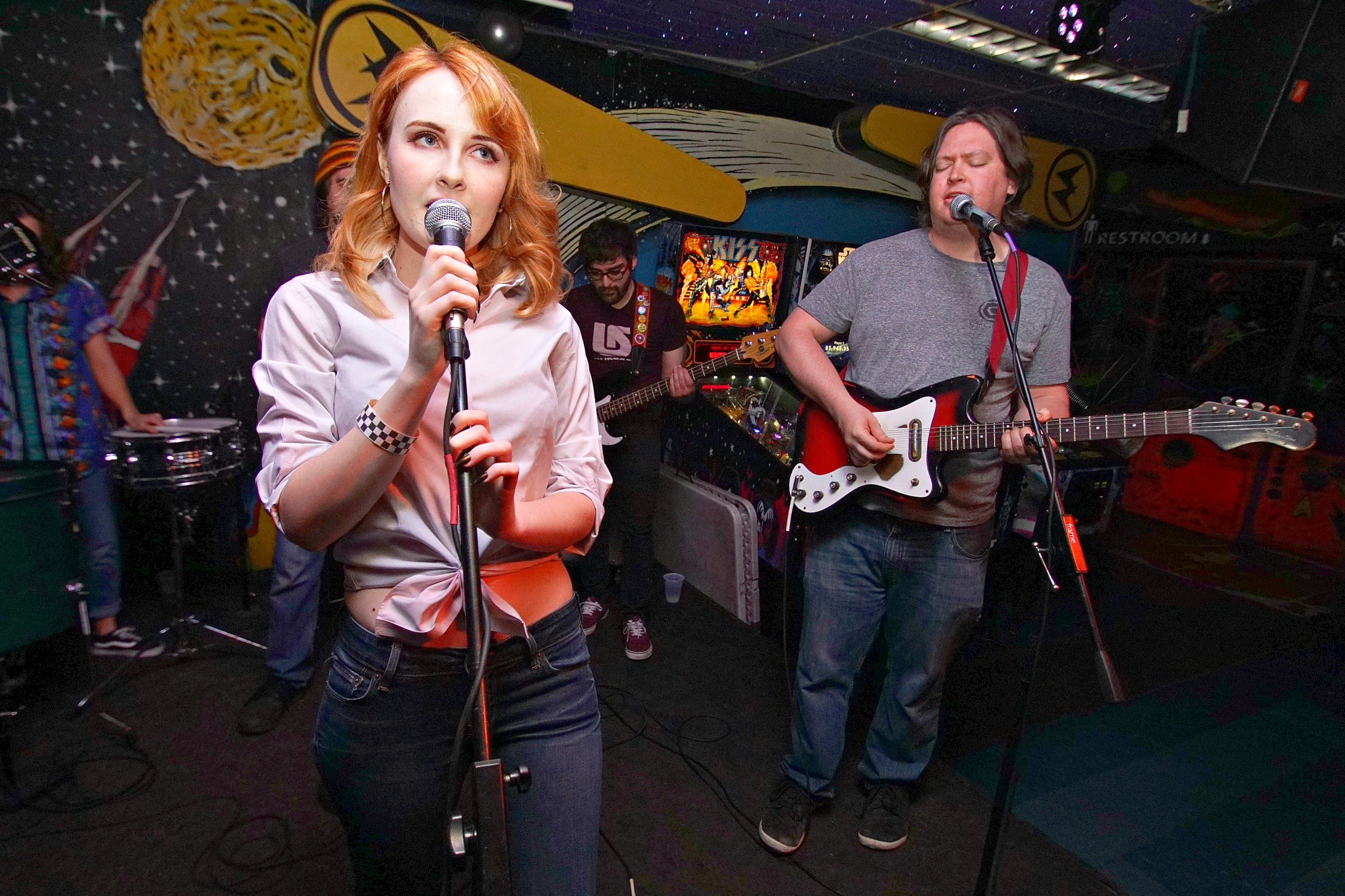 Now that the students have left, it’s time to ease into a mild and laid back Summer. Lucky for us, Thighmaster is crafting a soundtrack for this transition.

The band, consisting of a hodgepodge of area musicians, is a breezy saunter to a genre that lays somewhere between doo-wop and yacht rock. The joy of this band’s existence is that it brings back the songwriting prowess of Max Yoder, a musician who dedicated a portion of his musical career to studying doo-wop (you may remember him from Dean Monkey and the Dropouts). With his vocals intertwining with Max Lock’s (Sunday Heroine), what results is a day at the beach. It’s a simple affair, no need for even a full percussion set up as Jennifer Graham uses only what is needed.

There’s still that cheekiness and humor playing off the band’s name, with song titles like “Jillian Michaels Luxury Cruise” and “The Good, The Bad, and the Bowflex.” But the way they dip their toes into other genres every now and then is no laughing matter (their Western-themed licks were particularly well-received by their audience). Mostly, though, this is Summer music for killing time on the beaches of area lakes (or patio-drinking in East Lawrence).

Here’s what it sounded like when they debuted their band on Thursday:

JC and the Nuns have a new singer