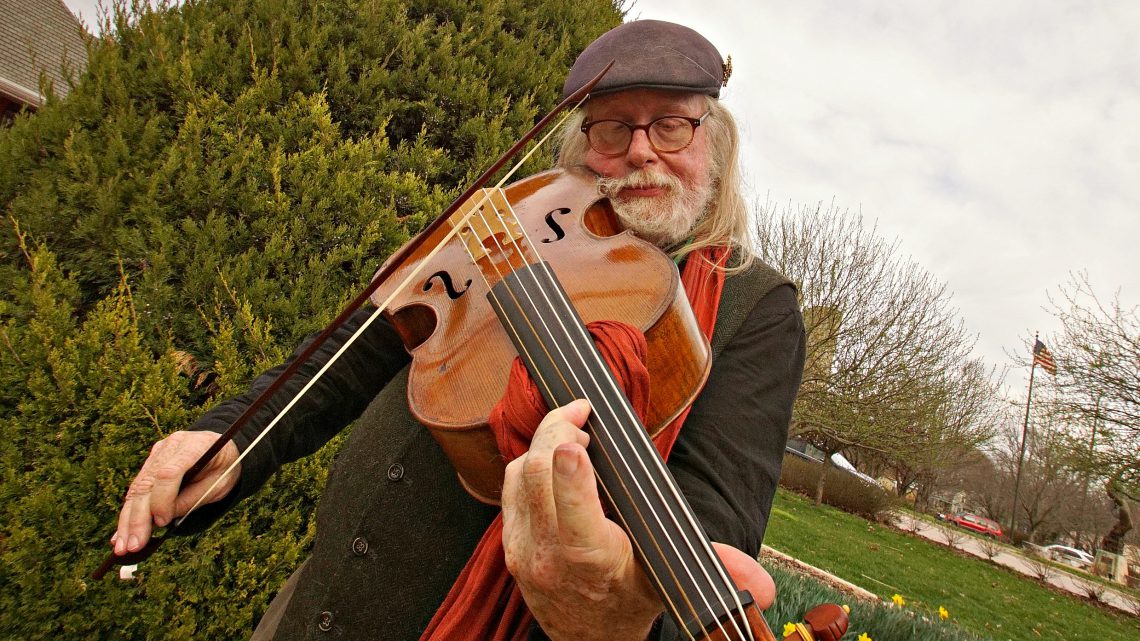 Lawrence is still the reigning champ when it comes to little musical surprises.

On Saturday evening, the Union Pacific Train Depot in North Lawrence hosted an all-day Celtic Festival. The quaint and lovely family affair saw performances from various local bands specializing in the genre, as well as workshops, refreshments, and children frolicking about. While strolling in the garden, we stumbled upon local musician Mark Wickersham. It seems he’s a big fan of ancient instruments, and was demonstrating the Violoncello da spalla to passersby. His band, Jambaroque, was set to later headline the event with a stunning display of old instruments.

If you look closely, you’ll notice it’s not quite a viola, and not quite a cello, but somewhere in between. It normally requires a leather strap for support, but Wickersham opted for a more versatile scarf instead. He demonstrated the uniqued string instrument with a rendition of “The Parting Glass,” which you can watch below.

When he’s not jamming with Jambaroque, you can catch him fencing at various Renaissance events and playing with his steampunk band External Combustion Orchestra (file this under Lawrence characters you should definitely get to know because they sound cool as hell).

Side note: We’re told this was the first year for the Celtic Roots Festival. They posted lots of video from the event on Facebook, which you can watch here.