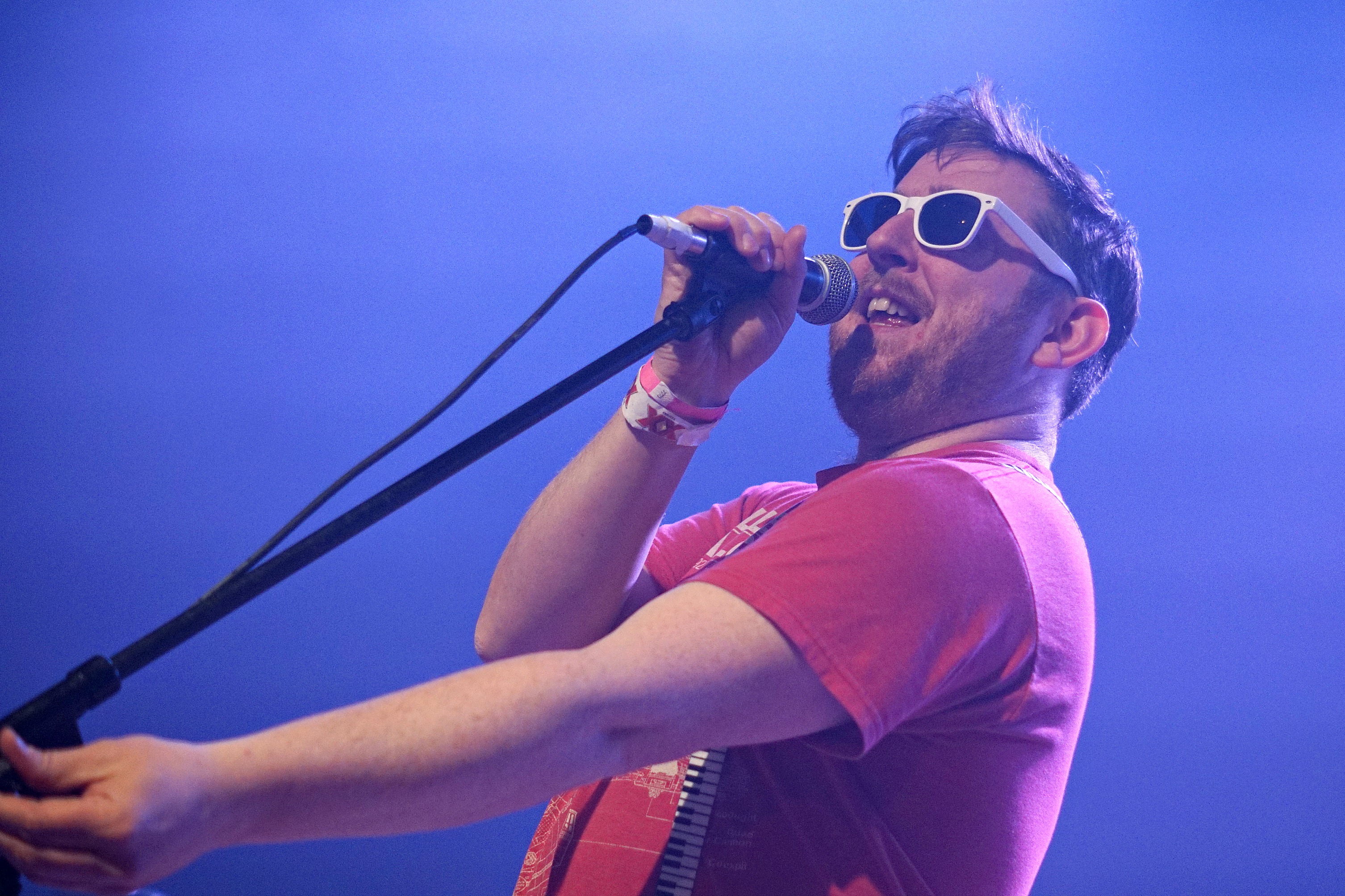 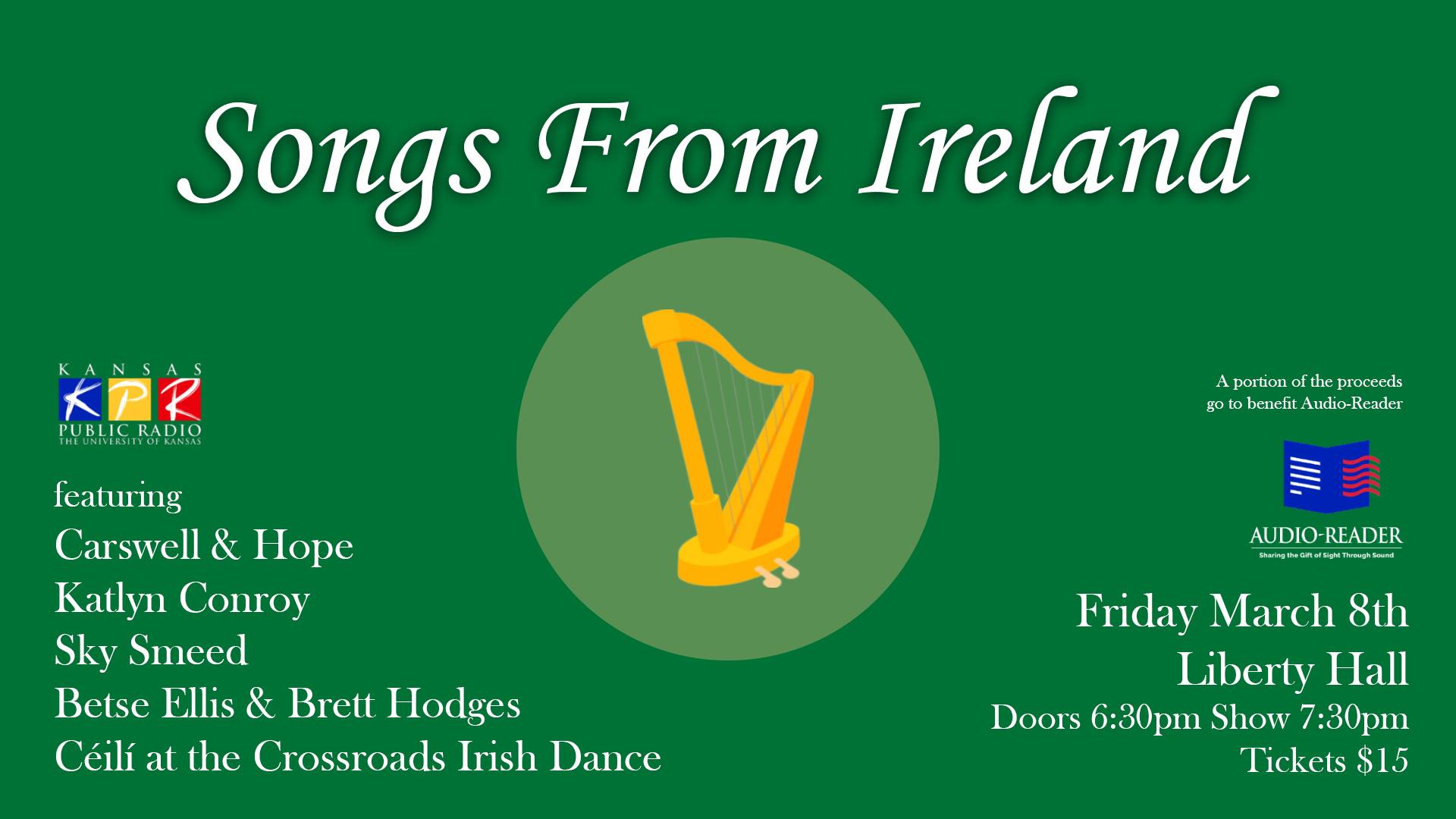 With St. Patrick’s Day around the corner, Lawrence will soon be seeing green. But parades and green beer aside, it’ll be important to view the holiday through the cultural lens. This is why, every year, Irishman Nick Carswell (of Pink Royal, Party Party, and Carswell and Hope) assembles a ragtag group of musicians to play songs made popular by Irish musicians (in the past, they’ve tackled songs from The Cranberries and Damien Rice). On Friday, Liberty Hall will ring clear with the sounds of fiddlers and impressive vocals. Now in its third year, they’re expanding on the event and including Irish dancers in addition to Carswell and Hope, Katlyn Conroy, Sky Smeed, Betse Ellis, and Brett Hodges.

We talked to Carswell ahead of the sure-to-be-spectacular night about all things Irish. For more on the event, you can RSVP at their Facebook event online.

Where did you grow up?

“I grew up in Limerick, in the West of Ireland.”

When did you move to the U.S.?

“We moved to the U.S. in July, 2011. I still remember our astonishment at the 90 degree temperatures at 11:00 p.m. at night, when we arrived in Lawrence. We still love that summer heat.”

Favorite thing Americans try to do like the Irish?

Least favorite thing Americans try to do like the Irish?

“Is it unfair to say 90% of what happens on St Patrick’s Day? Coming together to celebrate Ireland’s national holiday is great, and drinking and socializing with friends is a very Irish way to celebrate it. But it’s a profoundly tacky holiday in the U.S. and most people can’t even spell it correctly. No real Irish person has ever worn a ‘Kiss me I’m Irish’ shirt and green beer is wrong on several levels. But hey, Happy St Patrick’s Day! *raises pint*”

Anything you miss about Ireland?

“There’s plenty we miss about Ireland. Lots of little things like Irish food snacks and of course a decent pint of Guinness. We miss the sea a lot too. When I used to drive all over Ireland for gigs, I would often have in the back of my mind that wherever I was playing a show, I could just drive another hour or two and arrive at a beautiful beach or coastline. Not so in Kansas.

News and media at home is very different too, and still feels familiar to us, where U.S. television, for example, will never feel ‘normal’ to us. We often still tune in to Irish radio to hear the voices and keep up with the news, but it’s also just the feel and the friendly nature of broadcasting and media. I guess it reminds us of the random conversations you can strike up with all kinds of people at any point, anywhere in Ireland. We miss that too.”

“‘A nod’s the same as a wink to a blind donkey,’ it sounds like nonsense, and it’s pretty close! I’ve also always liked ‘níl aon tinteán mar do thinteán féin’ which means ‘there’s no hearth like your own hearth.’ This can be roughly understood as ‘there’s no place like home,’ especially apt for an Irishman living in Kansas.”

“It’s probably something around Christmas. The whole month of December is full of celebrations, work-parties and get-togethers, and then the week between Christmas and New Years is an extended holiday. Nothing gets done outside of eating and drinking, watching TV and hanging with friends and family. Christmas is the Irish holiday when everyone returns to their hometown and goes to the local pub to see people they haven’t seen in years. It’s a pretty special time, not surprisingly because it’s in the depths of the dark, long Irish winter.”

Anything you’ve ever attributed to Irish luck?

“The answer is either nothing or everything. The whole ‘luck of the Irish’ is more of an Irish-American-ism than anything Irish-born people promote or identify with. But if we are lucky– especially outside of Ireland– it’s usually ascribed to our famous charm. Being an Irish person in America means you can get away with a lot, a theory I’ve enjoyed putting to the test over the last seven-plus years!