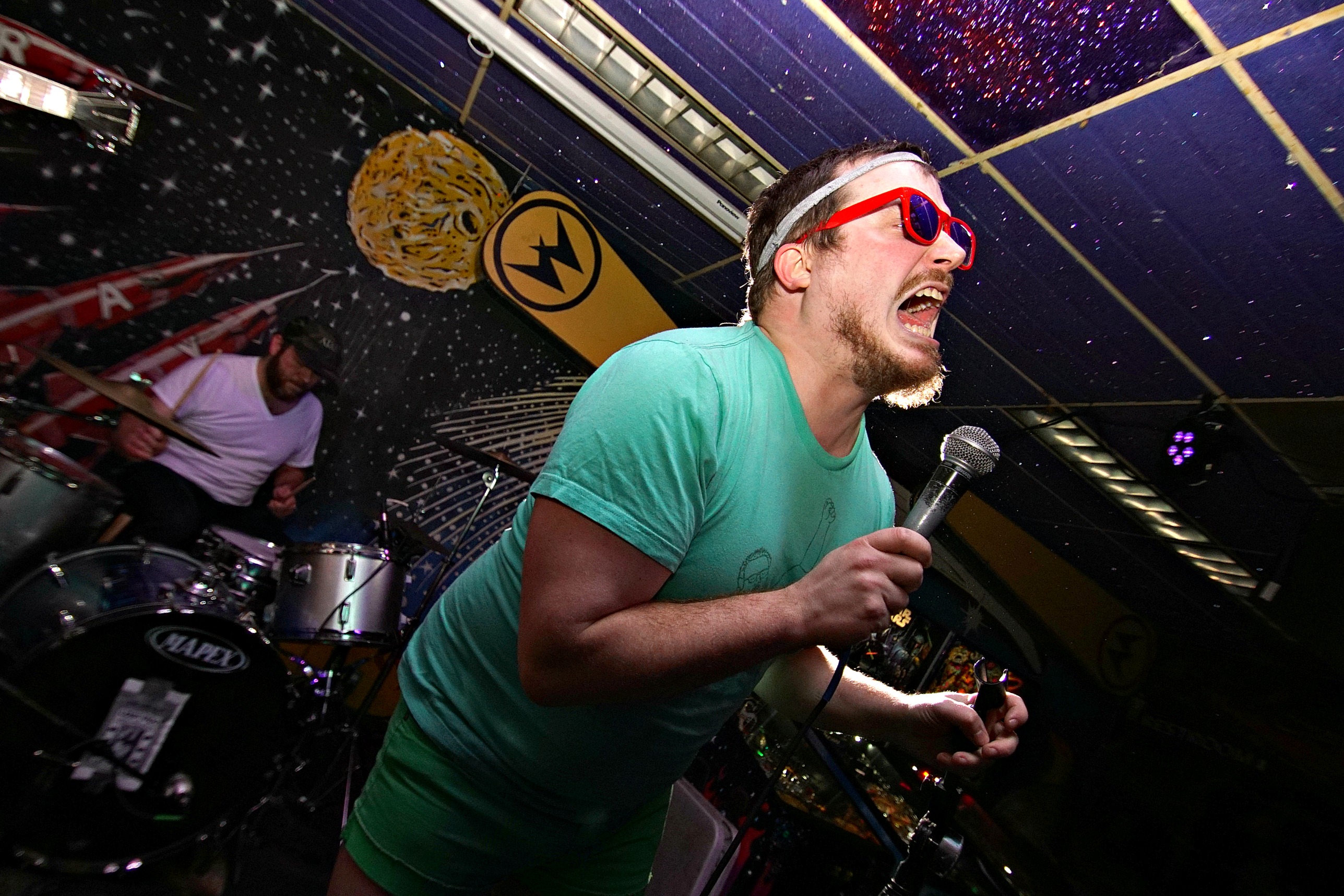 Lawrence loves a good, weird, spur-of-the-moment band… and this one’s giving everyone a nice little jolt.

Tokeback Mountain is a fast-hitting-psychedelic-freak-out-punch-to-the-nards via members of JC and the Nuns, Wendy Moira, and BaioWolf. In fact, between the guitarist, drummer, and flailing vocalist, you could surmise that these three have played in most of the scene’s loudest bands.

It’s easy to dig what the wailing guitarist, backed by a feverish and racing drummer, is doing to the ears. But the screaming meltdown from the vocalist in booty shorts seems to seal the deal here. With just two shows under their belts at (surprise) the Replay, word has quickly spread about this cathartic and feisty set that clocks in at about 15 minutes. It’s wildly entertaining and could very well pick up enough traction to be one of 2019’s most sought-after sets, if they continue at this rate. Lawrence loves a vocalist that abandons the stage and gets in the audience’s face, and Tokeback Mountain provides.

Here’s a snippet of their Replay set on Thursday. You can watch it while seething with jealousy that you didn’t think of this band name first.