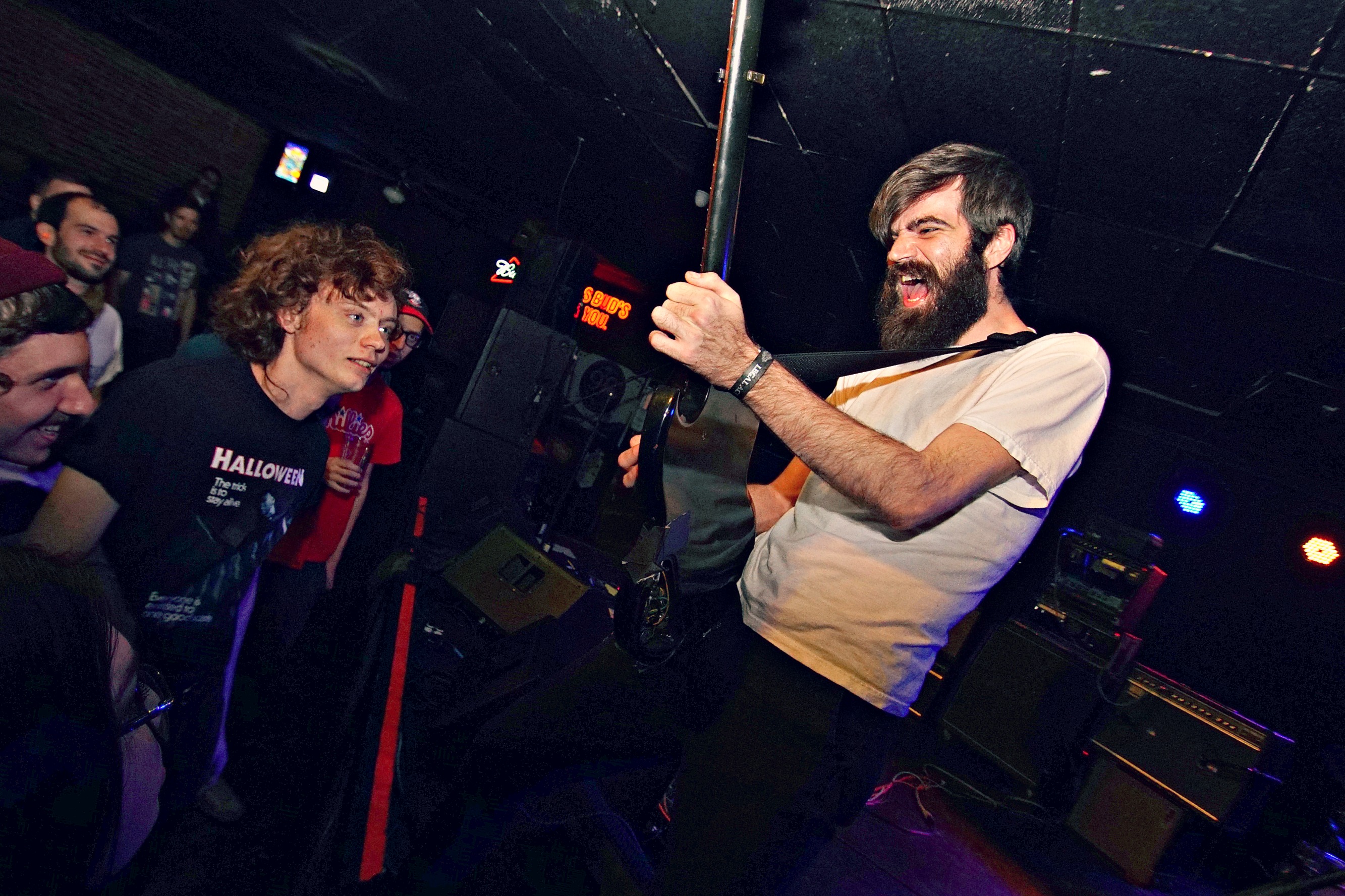 The Bottleneck was treated to two of New Jersey’s finest when both Titus Andronicus and Ted Leo stopped by. Both sets were lengthy in nature (this was honestly the first time we’ve seen the opening act in any lineup go nearly two hours), divided with storytelling and tales from the road. Leo was especially tugging at the heartstrings of the notably older crowd when he confided in the tribulations of touring and aging simultaneously (despite his age, Leo still performs like a 20-some year-old musician five red bulls in).

Leo played a solo set with fingers flying on the fret at a heart-racing speed, but ended with Titus Andronicus’ Patrick Stickles and a couple of other members joining him onstage. You can watch that video below, a video from early in Titus Andronicus’ set, and a heartfelt political rant regarding voting and trans rights from Leo.