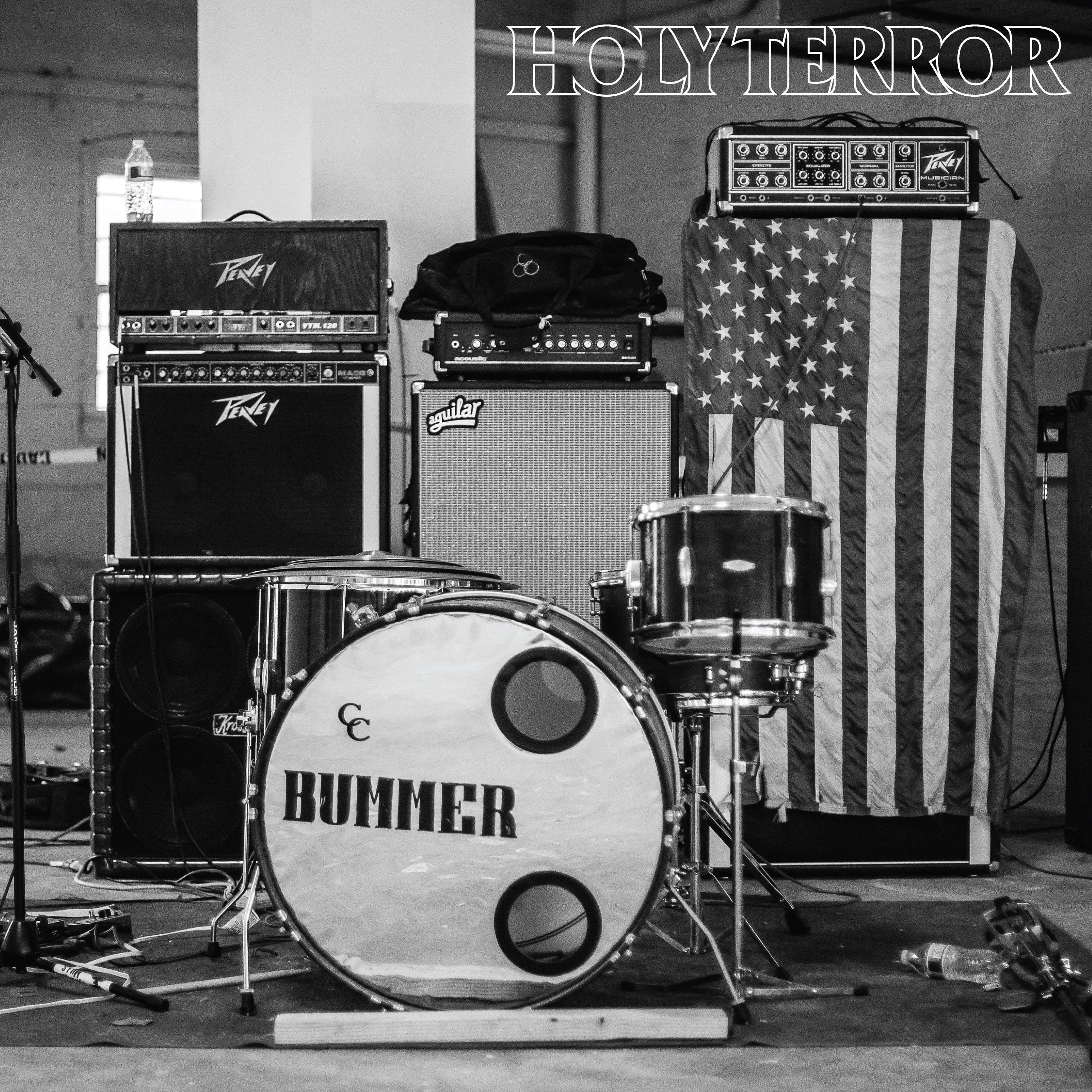 Thank God (or Satan, whichever you prefer) for BUMMER. The trio is back with ten assbeaters on Holy Terror, their full-length follow-up to 2015’s Spank. The damn thing runs less than a half hour: they get in, beat your eardrums to a bloody pulp, and move right along… unless you are brave enough to put the thing on repeat. BUMMER sounds heavier than ever, but they’ve tightened their sound considerably on the new album. I’m not referring to just the runtime; there’s a slight shift away from the sludge-y sound of prior releases to a more defined noise-rock. They’ve changed, but they’re still the same.

There’s the humor and cleverness (titles like “HeXXX Games” and “Reefer Sadness” (with its hand-claps underneath the vocals)), the onslaught of noise (“Fred Savage 420” and “King Shit”), the howling vocals, thundering drums, and raging guitars (“Pledge Week” and “Total Recall”). Holy Terror never lets up; it may be the hardest release of the year. Even its transitions are brief moments of feedback that allow for maybe a blink before you’re thrown right back into the chaos. May my hearing rest in peace. It was worth it.

Here's that video the Get Up Kids made at White Schoolhouse