Pride for the Masses brings pride promenade down Mass St. 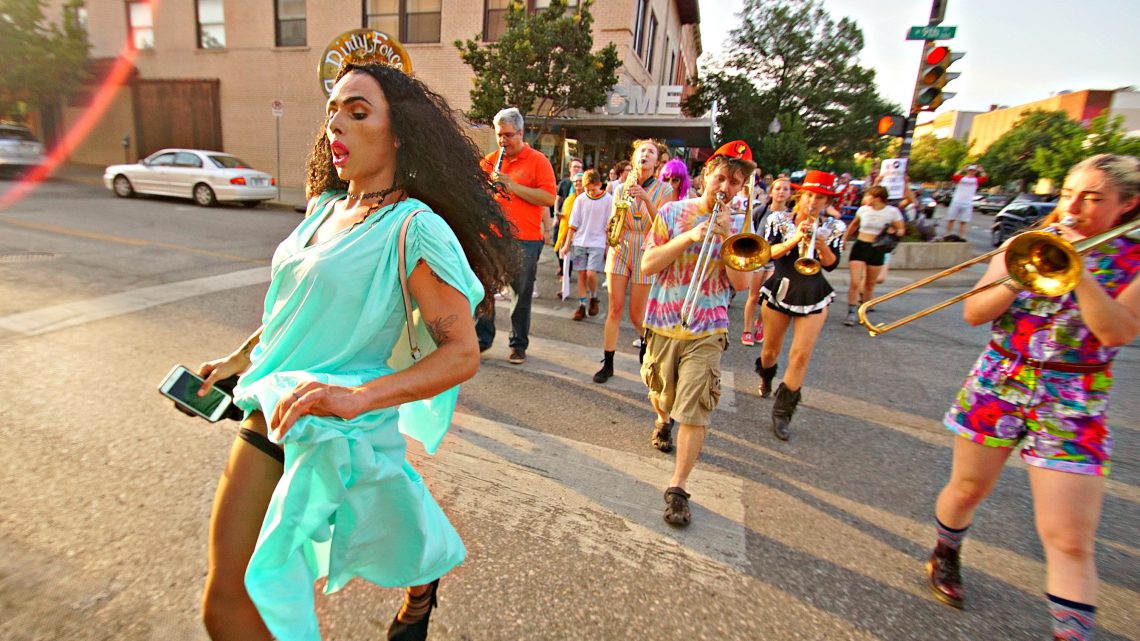 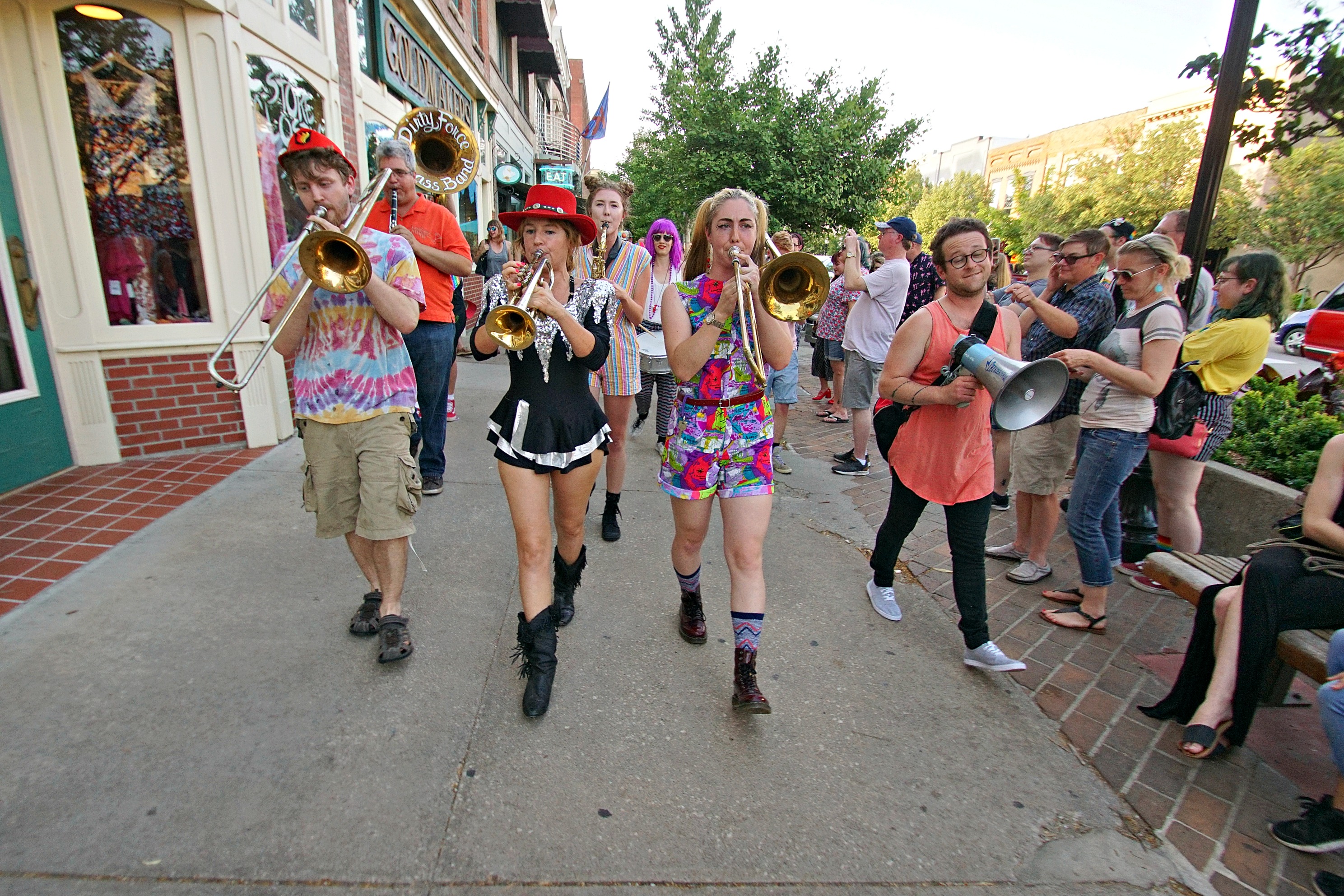 To call it a spectacle would be a grand understatement and disservice.

What Pride for the Masses did on Saturday was bring an intense, overwhelming joy to the community. What began as an idea to provide a space for queer performers in the nightlife landscape quickly snowballed into the fantastic promenade that eventually took over the evening. 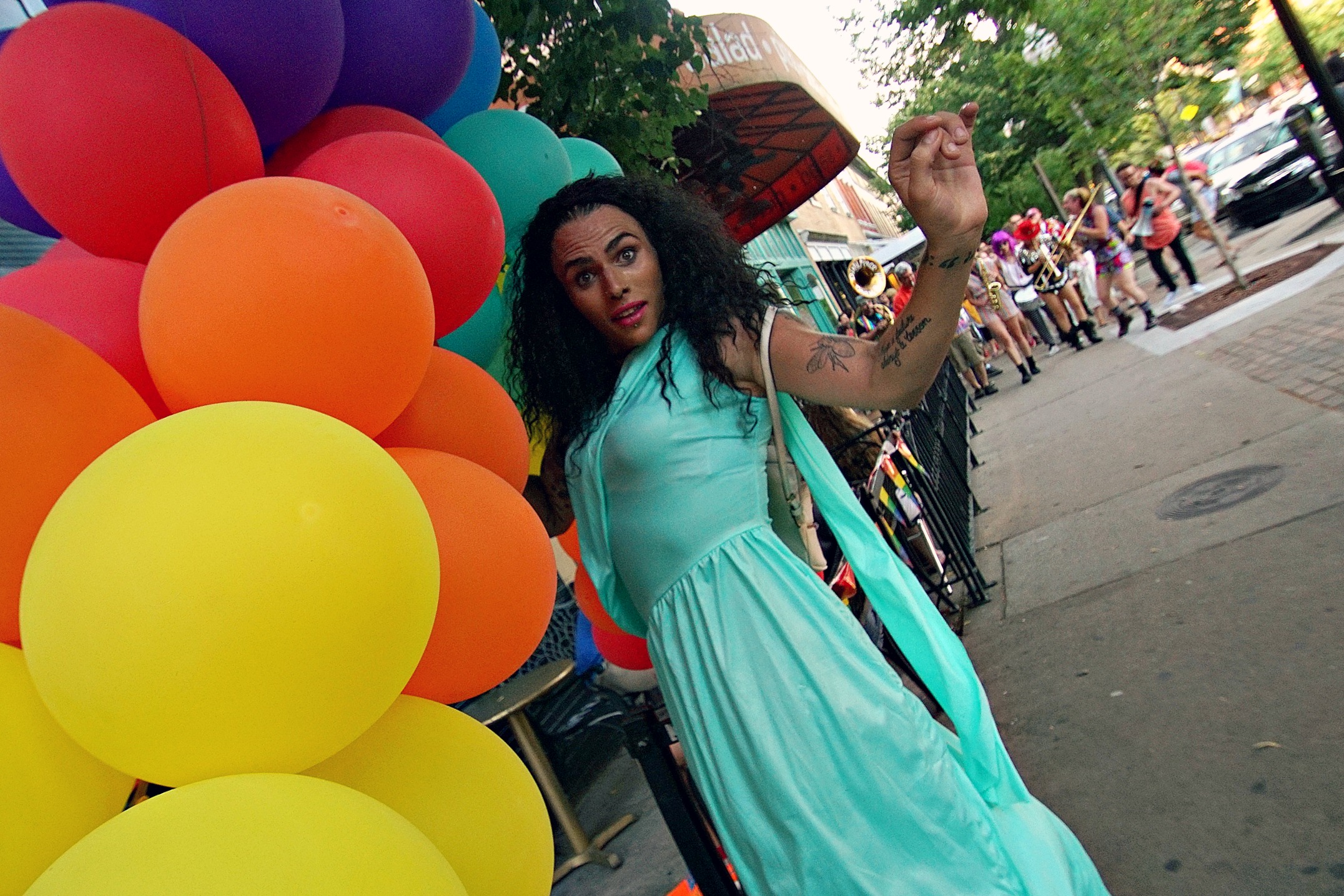 The sweltering weather didn’t keep humidity-soaked Lawrencians from dabbing on the glitter and donning the rainbow pride as they lined up in front of Ladybird Diner. That’s where newly-assembled brass band, Sass-A-Brass, called on inspiration from the Mardi Gras parade with “Iko, Iko” and “When the Saints Go Marching In.” Guiding the festivities down Mass was Micha Anne, a local musician and black trans woman dressed as Lady Liberty. The crowd followed her to freedom as she pranced and danced in stiletto heels down to the Jackpot. They followed her pied piper style under a rainbow arch and within the blink of an eye, the Jackpot was overflowing with a parade’s worth of party-goers. This wouldn’t be the last they saw of Micha Anne, as she had two drag performances that night between bands, one that included members of Sass-A-Brass. 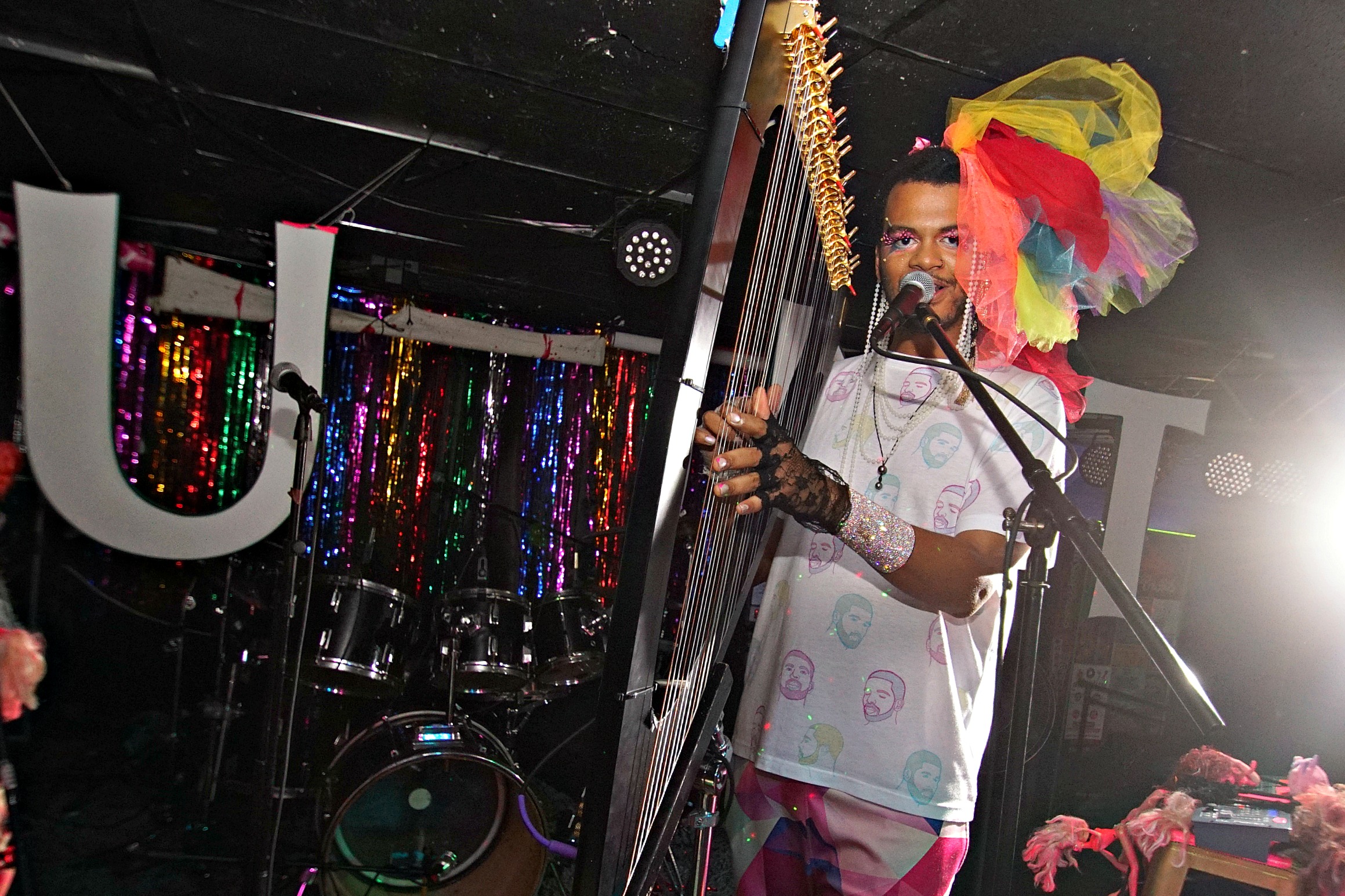 Calvin Arsenia at Pride for the Masses / Photo by Fally Afani

The night was also home to an array of musical performances from queer musicians suited to a wide palette. Calvin Arsenia, whose statuesque frame meant his head nearly touched the ceiling, stood planted behind his harp and plucked away with sensual tunes that drove the audience wild. You can just imagine the gay screaming that ensued when he delivered a harp-fueled cover of Brittney Spears’ “Toxic.” The Supa Flowa followed with a performance that had everyone wrapped around her little finger. The rapper’s lyrics were heavy, but her dancing was jovial– this took her fans on an emotional roller coaster. 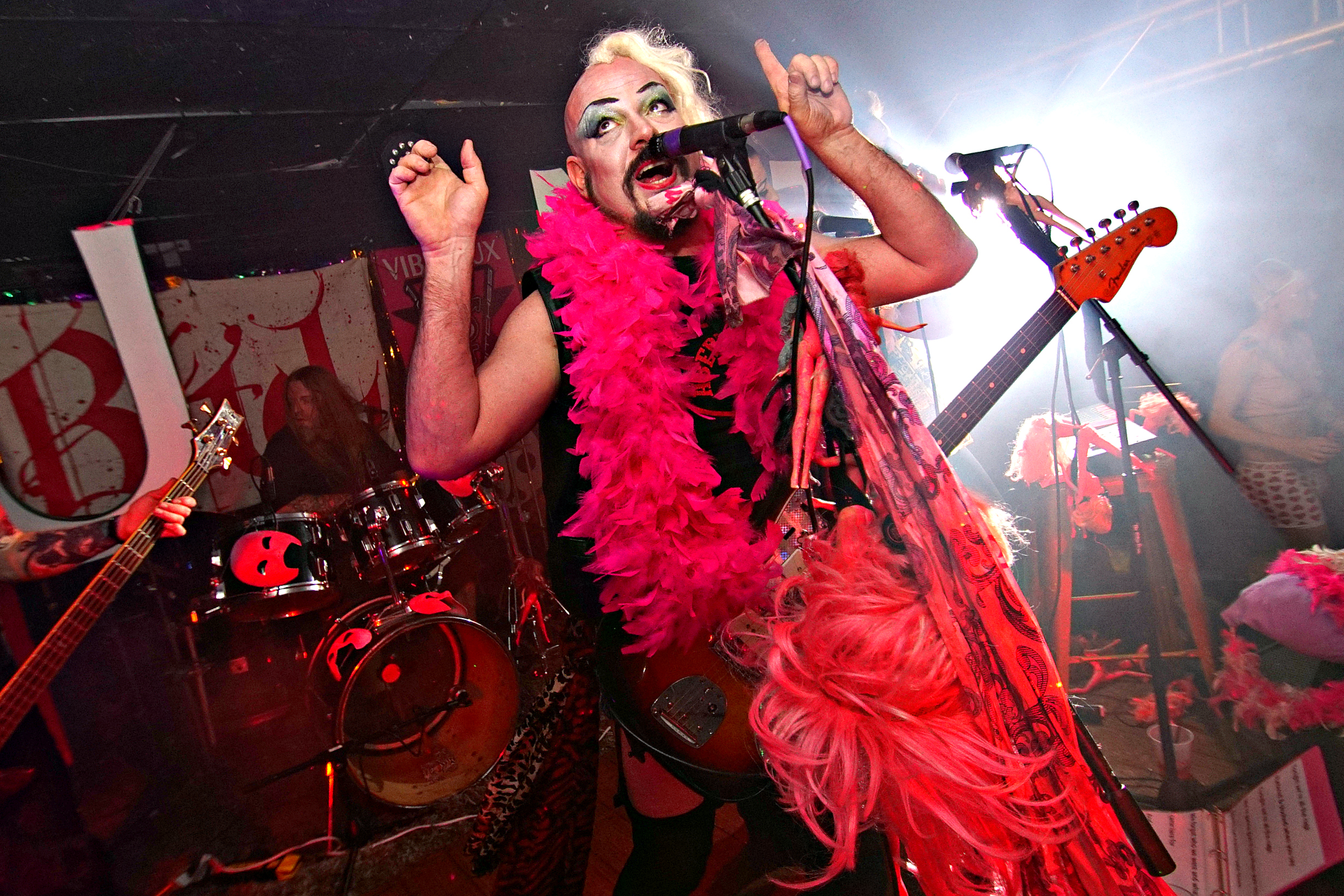 Vibralux at Pride for the Masses / Photo by Fally Afani

The night ended with the biggest spectacle of them all when Vibralux took the stage in all their flashy glory. With members donning corsets and fancy pantyhose, the glam rockers wailed away under an intense show of fog and strobing lights (an admirably difficult stage setup they bring to every show, no matter the size of the venue). They played in front of giant letters that read “CUNT” and had the audience chanting “Bitch! Bitch! Bitch!” This was not a show for the faint of heart, and they are by far one of the most wildly entertaining acts in the area.

The entire two-day festival was free and all-ages, and garnered both children and the elderly all under the same roof. They danced, they reveled, and– from what we’ve been told– felt free. In a gesture of love and respect, the Jackpot extended the sentiment by providing a space for a monthly event by the same name, but garnered more towards drag performances, set to take place every second Saturday of the month.

Photos from both the parade and the concert can be found below.