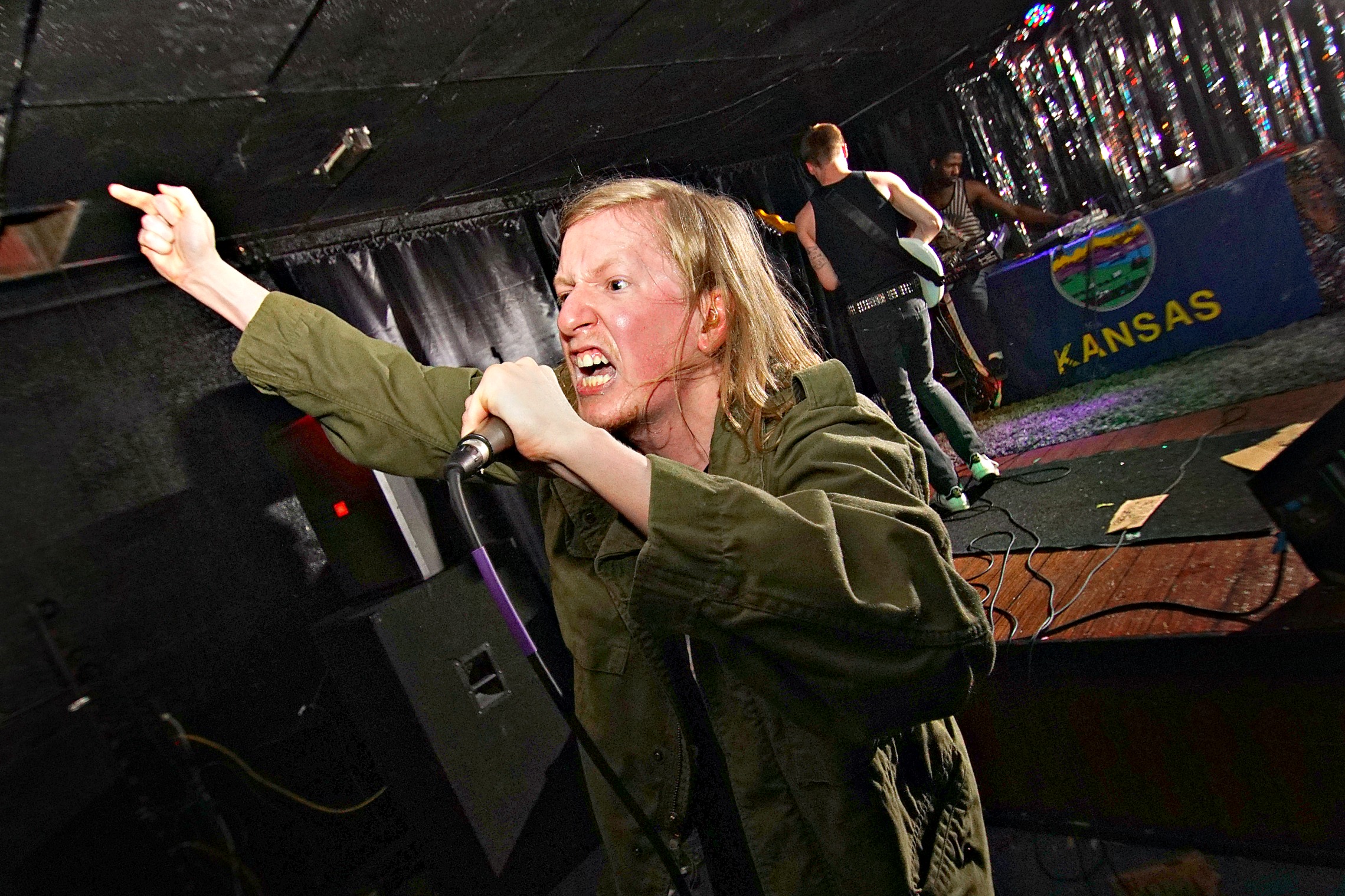 A trio of rising stars in the hip-hop community got the Jackpot raging on Friday night. LFK favorites Vivid Zebra brought out new music from Raymond and Ricky Roosevelt, while Topeka’s Dub Santana mastered the art of spitting bars at lightning speed. But it was Young Mvchetes who, once again, brought out an all-encompassing performance with physical antics. Their set is a dizzying, disorienting affair, bordering between hardcore and hip-hop. In fact, Young Mvchetes don’t seem to have any regard for the law of the land, mixing styles and genres while mocking the musical landscape altogether. It’s a wild sight to take in, and is best experienced live. Clad in snarls and a million shades of angst, Young Mvchetes is already one of the most menacing (and youngest) acts in the rapidly changing local hip-hop scene.