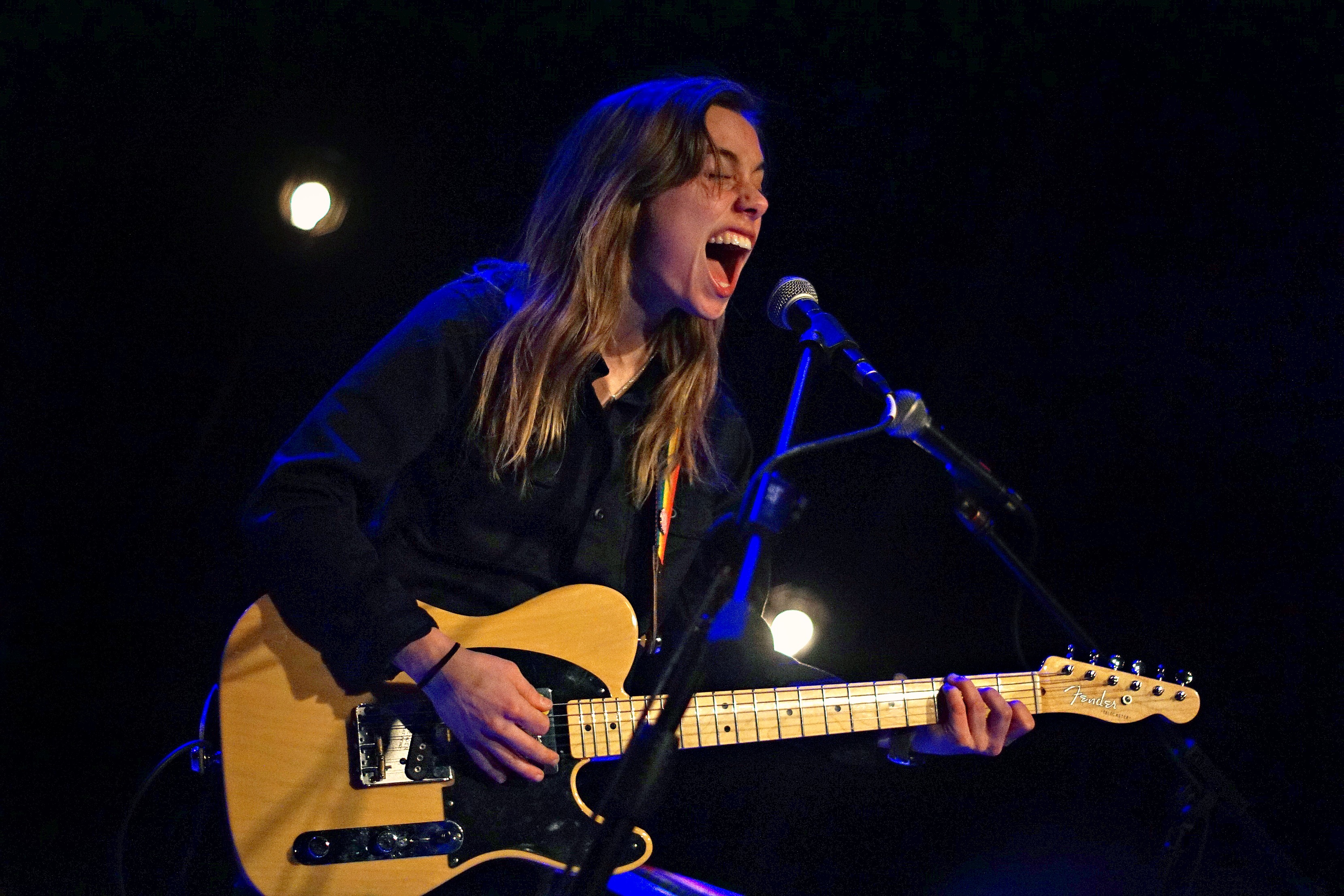 It takes a very special type of musician to keep an entire so quiet, you could hear a pin drop. The audience at the Granada on Friday damn near held their breath so as not to disturb the delicate narrative Julien Baker was weaving onstage.

Hot off an in-store set at Kansas City’s Vinyl Renaissance earlier in the day, the musician, dotted softly by lights on lamp stands behind her, packed a punch for her fans. The lights crescendoed with the emotions in her songs as Baker switched between keys and guitar (and eventually, found herself accompanied by a violin). Baker has the unique ability to lure listeners in with a gentle reliability, only to tear your heart out once you’ve made the trusting connection. What a wild, emotional ride.

It’s not so much painful to listen to her songs of heartbreak and despair– rather, it’s cathartic, thanks to the physicality her vocals take on. There’s an understanding between her and the listener, a doleful journey they’ve agreed to embark on. All alone on that stage, she truly spilled her guts. It was everything that audience could do not to drown.

Baker was joined by Tancred, featuring an equally poignant Jess Abbott, who debuted some new music with a more emotional feel– while her older songs stayed true to a poppier sound.

Watch: Lesser Pleasures at the Replay