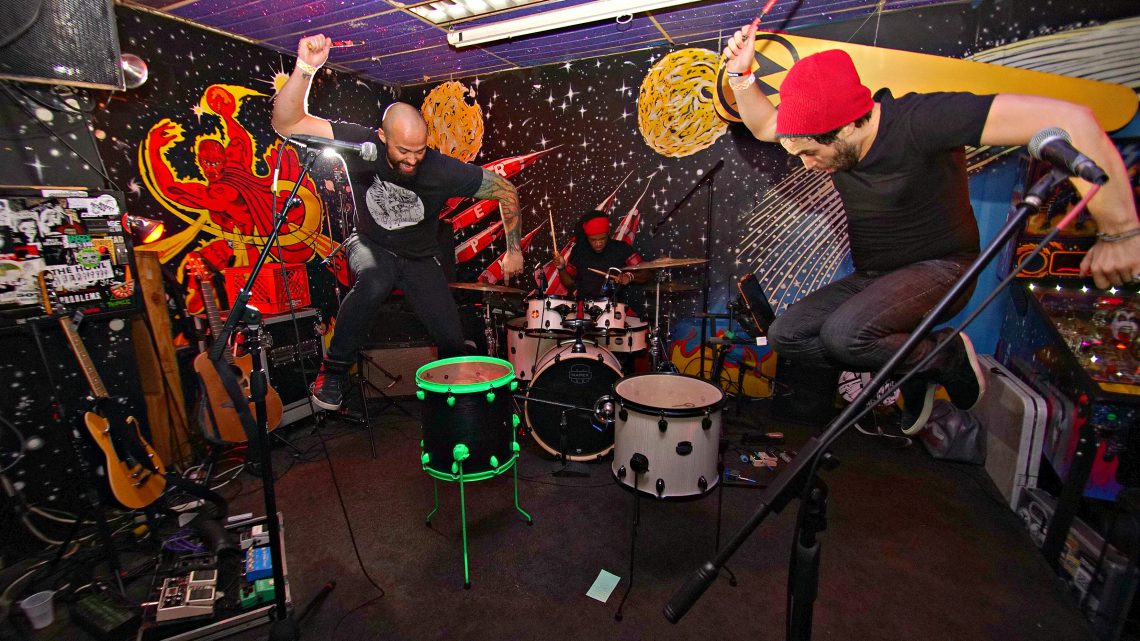 Run With It / Photo by Fally Afani 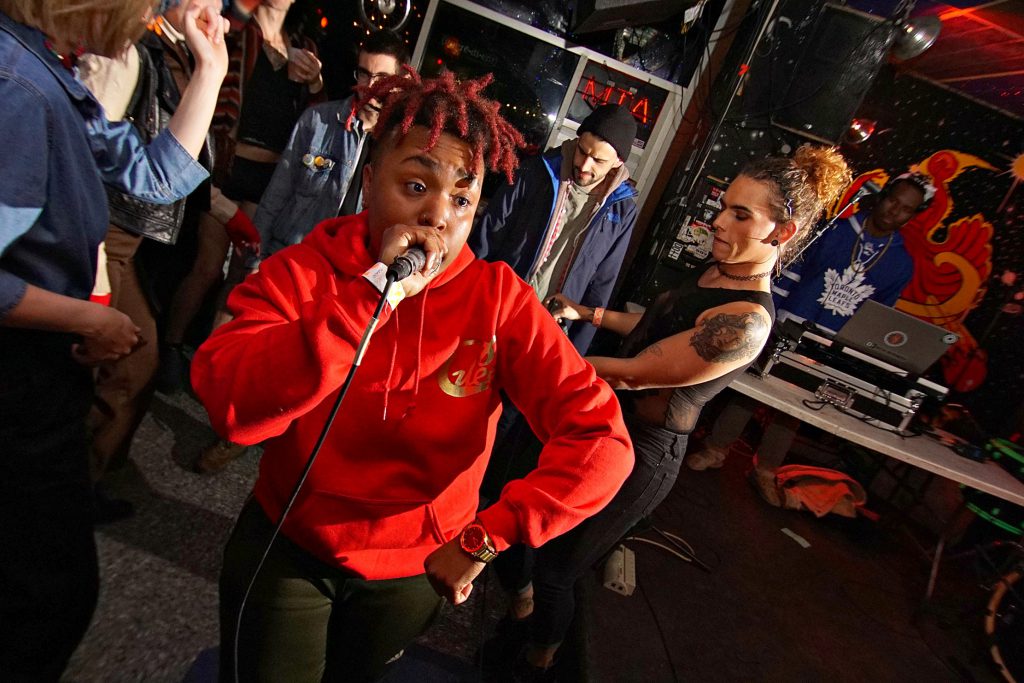 Friday night saw four regional acts pulling out all the stops at the Replay to celebrate Stop Day (and provide some temporary relief) for stressed-out KU students. Micha Anne‘s nighttime debut included the sassiest renditions of some well-known pop ballads, but her originals (off her EP The Petty Experience) were the crowd favorites. Cuee got the crowd worked up early in the night (a difficult feat in Lawrence) and ended her set by inviting Micha Anne up for a rousing rendition of “Honey.” 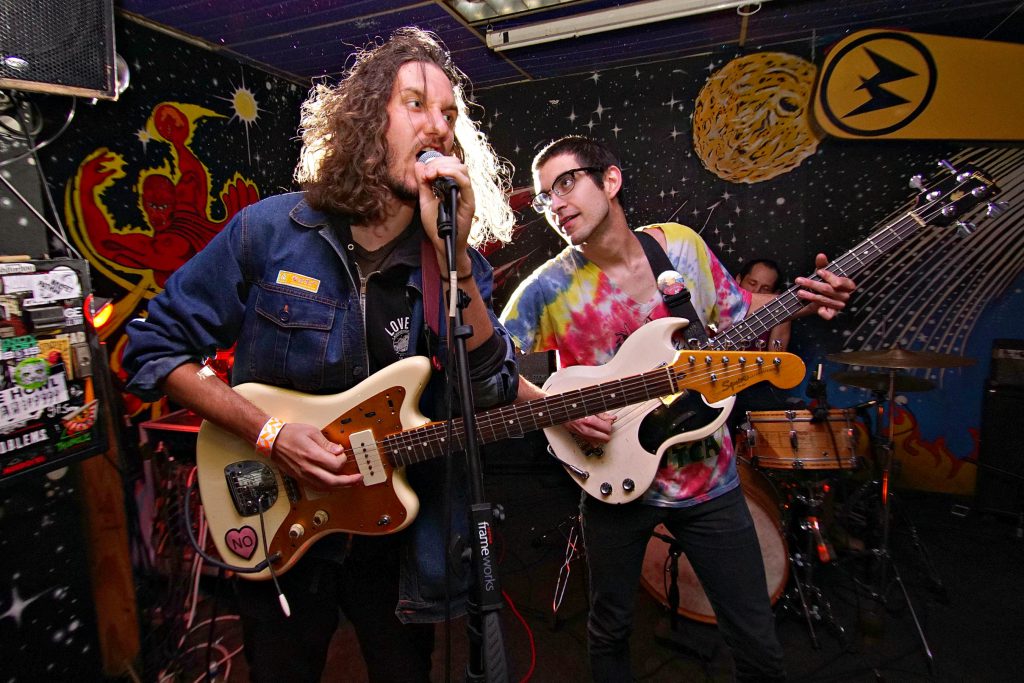 Kansas City’s Run With It wowed the crowd with their unorthodox stage antics, which included bursts of energy so hard there’s no way they didn’t accidentally thrust their guitars into the ceiling at some point. Their off-stage maneuvers bonded the audience together in a sing-along, while their percussion tricks raised an absolute ruckus. Psychic Heat (now with “less hair,” as they jokingly referenced all the members’ dramatic haircuts) rounded out the night. This was a special performance for the band, as the frontman had just landed stateside a few hours earlier after spending much of the year off-and-on assisting with an art project in China. Despite that time overseas, the band brought a batch of new tunes that will likely become crowd favorites in 2018.

Previous Article Photo Gallery: Sheven and friends at the Bottleneck