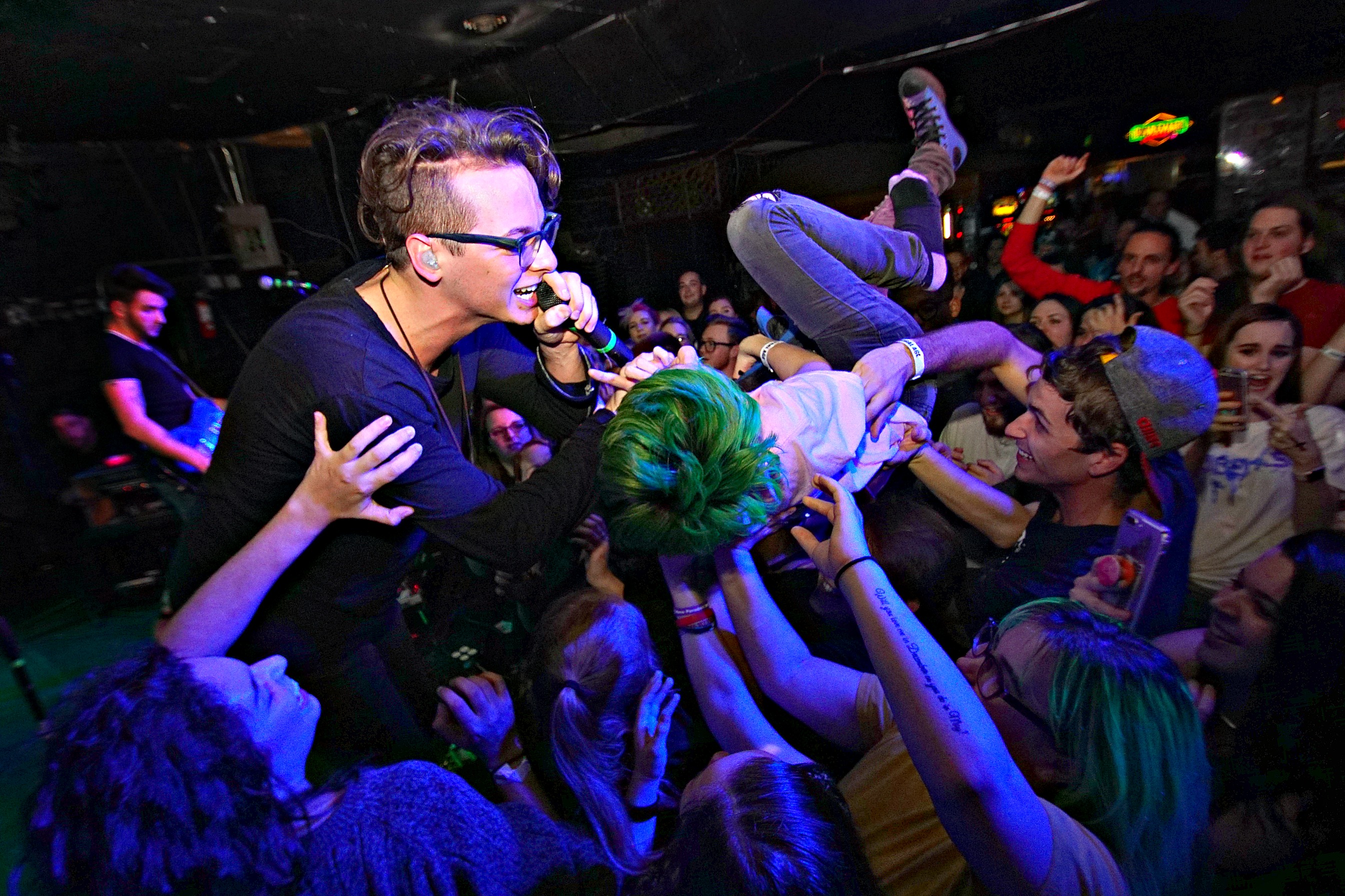 You’d think the year in shows would be winding down by now, but Sunday night’s rager at The Bottleneck proved otherwise. The Wrecks blew through Lawrence with an explosive performance, thanks to their rock riffs barreling down the tracks like a freight train. Fronted by Nick Anderson’s powerhouse vocals (even through his sore throat and cracking voice during between-song banter), the band was a force that kept a very engaged and sweaty audience jumping (not bouncing, jumping), crowd surfing, and screaming back every single word.

They were joined by Brick + Mortar, a band that made an appearance at the Bottleneck just a few months ago but returned with an even crazier show than before. They tend to bust out hilarious props– a balloon that pops and explodes with little sheets of affirmations, a purple puppet thing, a giant orange medicine bottle costume to help them distribute pills– but their music has a profound emotional impact and connection with their fans. At this show, they debuted new music that will likely come out next year.

lovelytheband started the show off and, true to their name, they were absolutely lovely. They delivered one beautiful, emotional indie ballad after another with choruses that were easy to get stuck in your head. Frontman Mitchy Collins reminisced about his time in Lawrence as a child, stating that he used to come here to visit the skate park because he grew up in Topeka.